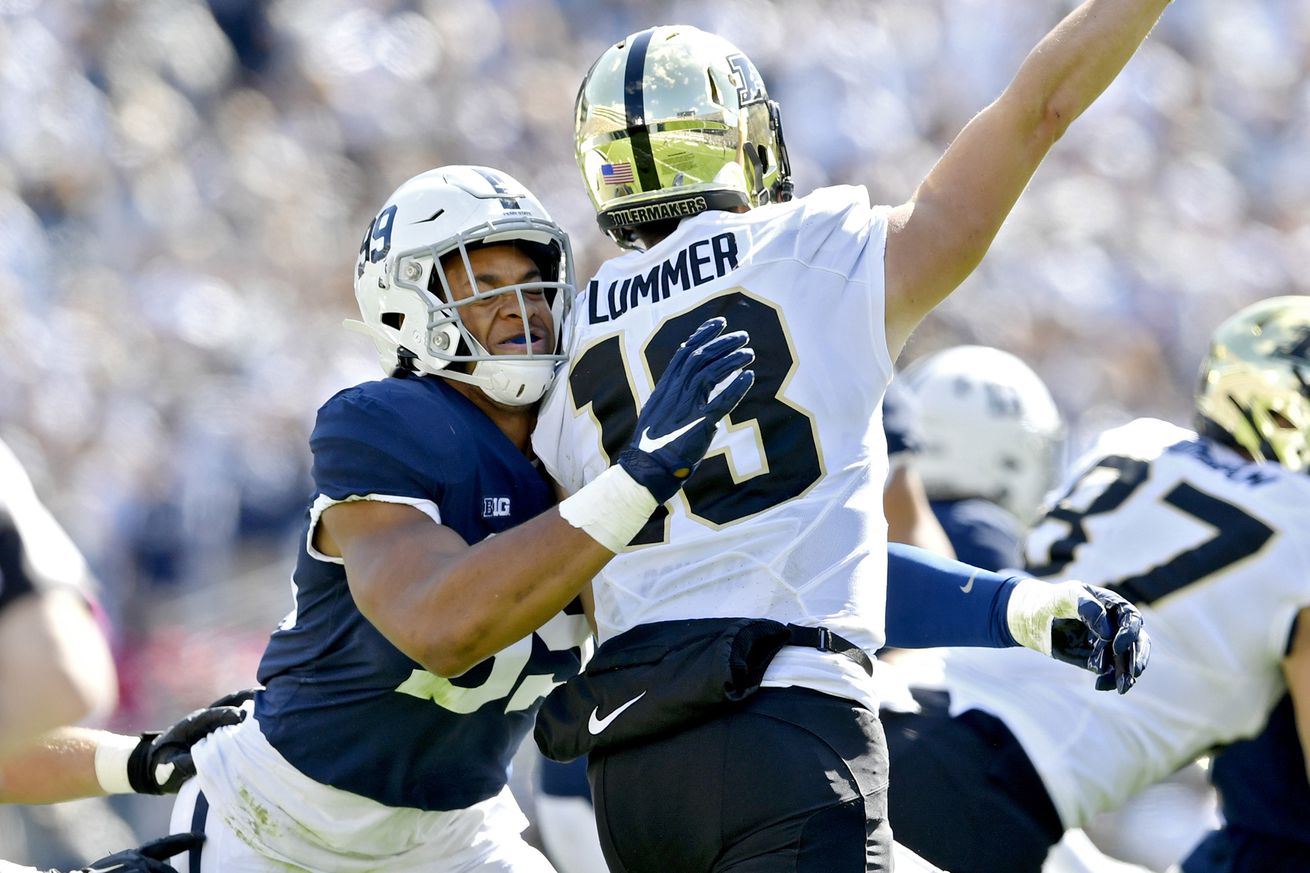 It’s been a big week for the Penn State defensive end.

It’s been quite the week for Penn State defensive end Yetur Gross-Matos . On Tuesday, he was named first-team All-Big Ten by both the coaches and media. On Wednesday, he declared for the NFL Draft , where he has a strong chance of becoming a first round selection. The newsworthy week continued today, with Gross-Matos being named a finalist for the Hendricks Award, given annually to the nation’s top defensive end.

Gross-Matos finished his junior season with 14 TFLs and 8.5 sacks. As a sophomore, Gross-Matos enjoyed a breakout season with eight sacks and 20 TFLs. After his standout sophomore campaign in 2018, it seemed like a forgone conclusion he would be ready to pursue his NFL dreams at the end of this season.

The other finalist for the Hendricks Award are Utah’s Bradelee Anae, Baylor’s James Lynch , Boise State’s Curtis Weaver and Ohio State’s Chase Young. Young, who is also viewed as a Heisman finalist, is the likely winner this season after being touted as the nation’s best overall player by many pundits.