Wrestling Preview: No. 4 Penn State vs No. 18 Illinois 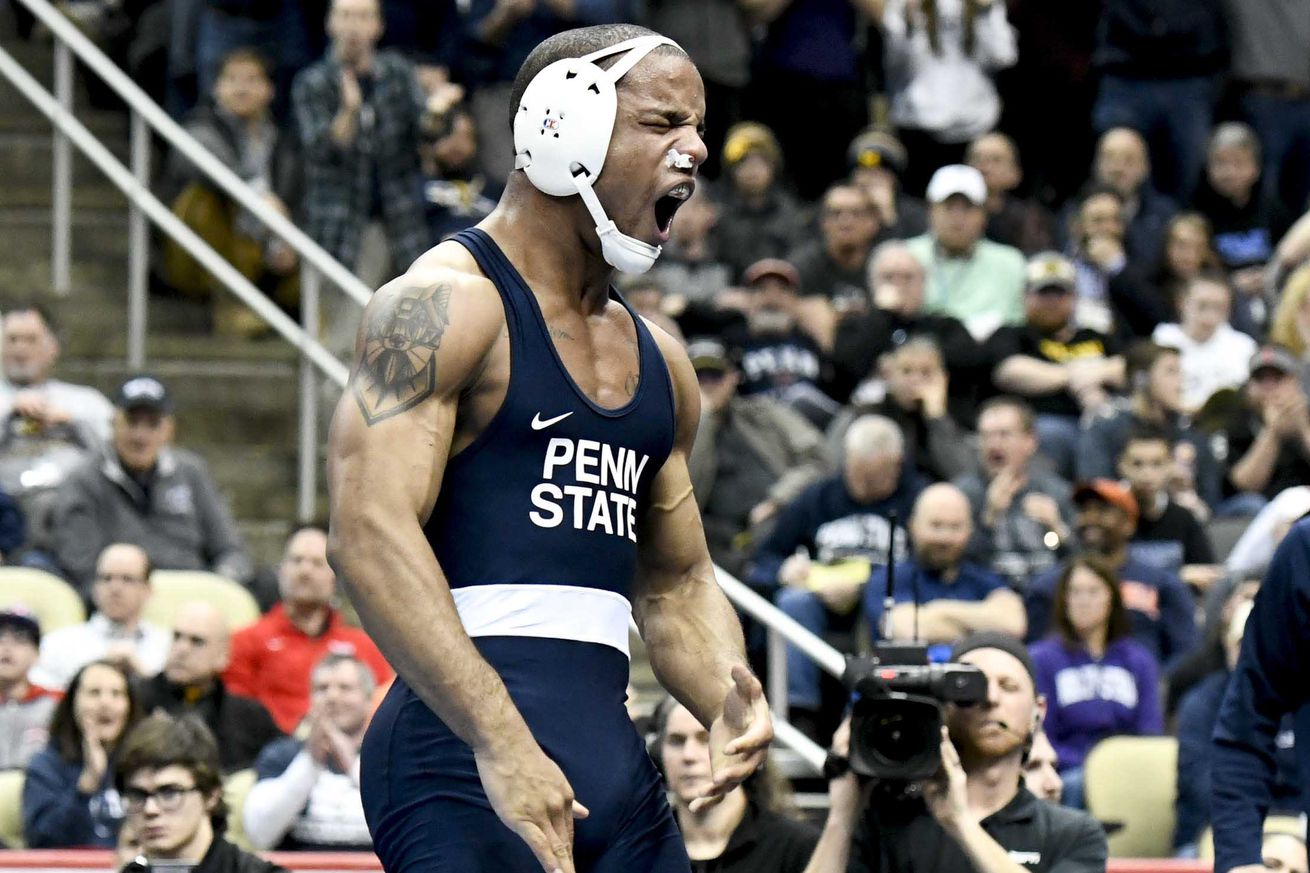 After a far too long winter break, PSU wrestling is back with a pair of matchups in Rec Hall!

It’s been a while since we last saw the Nittany Lions suit up on the wrestling mat, and a lot has happened since then – starter Kyle Conel and returning NCAA champ Anthony Cassar are out for the season , and freshman Brody Teske has entered the transfer portal. What does that mean for the 2020 Nittany Lions? A lot of uncertainty, as Cassar especially was a lock for points in March. But for 125 and 197, the potential is still there for Penn State to compete – Brandon Meredith was challenging Teske already, and Shakur Rasheed, if he can stay healthy, made the podium at 197 in his last go-around at that weight (and there’s always Michael Beard waiting in the wings if Cael so chooses).

Our first chance to see whether the Lions will be able to challenge this year is a pair of matches against the conference’s teams from Illinois. The Illini are up first, with a lineup that is wide but perhaps not as deep as they’d like – and most of their power, ranked wrestlers match up to Penn State’s meat of the lineup. There’s no murderer’s row like the last two years of PSU grappling, but the potential is there to still be very good.

With Teske’s impending transfer, the “OR” in this weight in Penn State’s official preview can be officially removed. This weight will be Meredith’s barring a complete collapse and the insertion of Devin Schnupp, and he’ll take a strong start to the weight; in the last dual meet of the year, Meredith was able to down a ranked wrestler in Colaiocco of Penn. This should be even more one-sided, if not by score.

RBY get his biggest test of the year by far in Piotrowski, who bumps up to 133 this year after winning a match at the NCAAs last season at 125. The Nittany Lion should get it done pretty handily if not by bonus; both wrestlers have the potential to make the podium again this year, but for RBY, the ceiling appears to be much higher.

Nick Lee has a very Zain-like precision going on this season, and this has the very real potential to end early and by more points than I’m predicting. I think Nick gets a few turning combinations in, but isn’t able to get both of Duncan’s shoulders down and settles for the major with over 3 minutes of riding time.

Jodeh is the only wrestler in the Illini lineup that has fewer than 6 wins on the short season, and this bodes well for whomever the coaching staff sends out there. Either Gardner or Verk has the potential to win by only a few or by a pin; let’s split the difference.

I’m not sure Berge will back quite yet, with Bo either getting the start on Friday or Sunday (either way, Brady’ll likely not wrestle both). I’m not sure it matters tonight and with the best at this weight in Ryan Deakin waiting on Sunday, this may be where the staff eases Berge back into the lineup before resting later on.

This weight is again Cenzo’s to lose this year, but then Mekhi Lewis came out of near nowhere. This year is different, though, and Joseph actually won the elusive Ridge Riley earlier this year, so expect him to go for a few big throws and back points early.

It’s been a couple years since Mark Hall and Joey Gunther met on the mat, with Gunther cutting down to 165 last year. Hall pinned the Illinois wrestler at the last out – so why, you ask, am I predicting only a decision? I think Marky practices a lot of different moves in this match, and Gunther is much better this year than in the past. He’ll keep it close and actually take a few shots, but in the end Mark keeps him from scoring offensively.

The Aaron Brooks train keeps on rolling, especially with the lineup changes mentioned earlier in this preview. He’ll dominate from the start this night; I expect a Nolf-like catch and release until Braunagel tries and fails to catch up late.

This may seem like a strange pick on paper, but I have to throw the Gulibon somewhere, and can’t pick a shutout, not this week. I don’t expect Shak to be back or else this prediction would be different, and though Hoopes makes it close and comes within a late takedown, it’s too little too late and the Illini finally get on the board.

Most national pundits seem down on Big Snacks, and I’m not exactly sure why. The four-time CA state champ is coming off a redshirt and was a top five recruit at this weight when he signed with PSU, becoming the third Nevills brother to spend time in the PSU wrestling room. He’s not the same style as the Champ, but he’s no offensive slouch, either. He won’t win by just an escape and rideout – he’ll actually score some offensive points this evening.

*The Penn State athletic department, in its official capacity, uses Intermat Tournament Rankings in all its match literature; in those rankings, Penn State is #4, and Illinois is #24. I’m using Intermat’s Dual Meet rankings because this happens to be a dual meet.