Wrestling Preview: No. 3 Penn State at No. 18 Minnesota 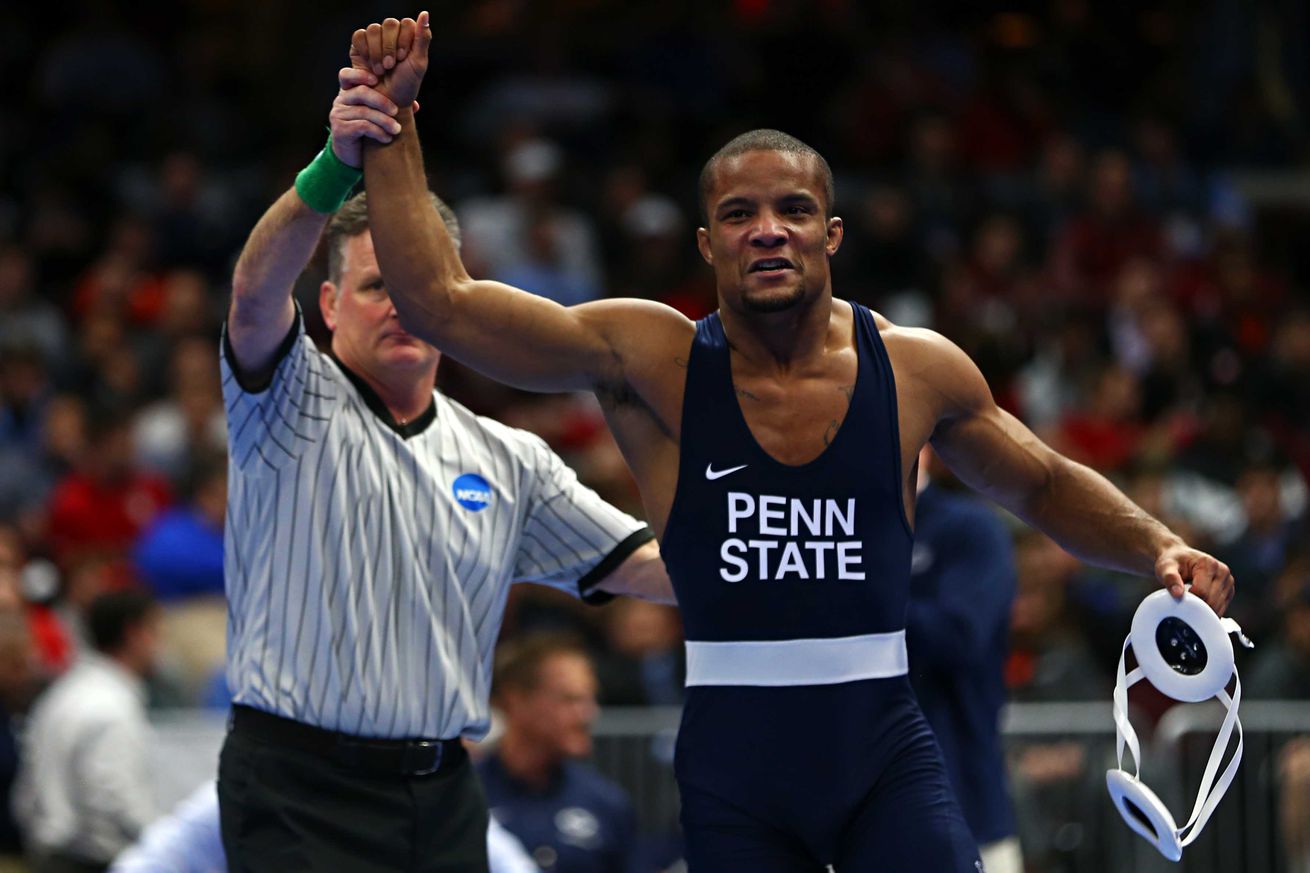 The midwestern swing for the Nittany Lions continues on Sunday, when they head up to Minneapolis for the first of two trips this year.

After a successful stop in Madison on Friday, the Nittany Lions complete their daunting road schedule this season with a final stop in Minneapolis to face the Gophers. This will be the first of two trips to the Cities this year, as the NCAA tournament in March takes place in the Vikings’ US Bank Stadium. This is also the second dual in a three-dual stretch (and third in a five-dual stretch) that will be nationally televised on the Big Ten Network.

Minnesota, like much of the Big Ten, is a very solid, strong squad with a couple of hammers. Undoubtedly, the most high-profile of those is heavyweight Gable Steveson, who last year was a freshman phenom everyone expected to win the NCAA title before PSU’s Anthony Cassar beat him twice, at the Big Ten and NCAA tournaments, to claim the title; since Cassar’s out for his final season with injury, Steveson becomes the defacto odds-on favorite in a very, very stacked weight class.

The 2019-2020 season is UM head coach Brandon Eggum’s third full season as permanent coach in Minneapolis, after being named to the position in the middle of the 2016-2017 season after vaunted coach J Robinson was let go amidst scandal. Eggum was on the staff at Minnesota for 15 years prior to taking over the head spot, is a Gopher alum, and generally nice guy when you approach him in bars a few days before the tournament to talk wrestling and the guys on his team you think have a shot to medal.

Minnesota is a tough team that boast a very solid 4-2 record in Big Ten action this year, with wins over top-ten Wisconsin and Purdue squads.

This McKee is the younger brother of UM All-American Mitch, and will provide another very tough go for Brandon Meredith. His losses have all been to ranked wrestlers, though most were by bonus; Meredith can keep this close, but I think at the end McKee will get a late takedown to secure bonus.

Roman Bravo-Young has taken a major step up this season, and Friday night showed that he’s firmly in the conversation for the NCAA title. He was the one shooting, with offense, late in a 6-5 loss to returning champ Seth Gross, and he actually had a riding time advantage – which shows his growth in all facets of his game this season. He’s confident, and he’ll score a lot on Sunday.

When I was writing up the preview for Friday’s Wisconsin dual, I was shocked to see that the algorithms over at WrestleStat were predicting Nick Lee to lose; yes, he was bested last year by Moran in the dual meet in double overtime, but he rebounded and won by bonus in the conference tournament. Couple that with a Lee that’s been on an absolute tear this season, and we all knew that Lee would be the victor – the question was by how much. And he didn’t disappoint, breaking Moran down early and winning going away. Mitch McKee is a very good wrestler, but Lee will do the same on Sunday.

Jarod Verkleeren had his first ranked win on Friday when he took down Wisconsin’s Cole Martin, and showed why he has the starting spot at this weight. UM’s Lee, though, is a tougher animal, and while I see Verk keeping it close, the points he’ll give up early in the first will be enough for Lee to stave off a late Verkleeren flurry.

Jeff Byers jinxed Bo Pipher on Friday when he kept repeating he’d never lost by bonus – then he lost by bonus. But Bo is super tough despite his record, and I expect he’ll win the riding time metric but not be able to get an offensive point from neutral on Sunday.

Holy meatballs, Vincenzo Joseph! While yes, it’s true, that in their respective four-year careers, Joseph and Wisconsin 165er Evan Wick had never met on the mat, Wick has been a solid top five guy all seasons, and this was expected to be a great match on Friday. It was great, but in a different way – Joseph showed how good he is, and absolutely broke Wick down early en route to a bonus point victory. Holy hell, it’s great to see a dominant Joseph with the confidence of a win over the Bull.

Hall is going to score bonus, by hook or by crook. He’ll take the loss to Kemerer as a learning opportunity, much as he did three years ago, and will only improve from here on out.

Brooks ground out a very tough win on Friday against a thick NW transfer, and his confidence will only grow from here. On Sunday, I think he’ll be up and cut Webster late to look for the bonus – and will score the extra-point-enabling takedown with less than ten seconds on the clock.

While he didn’t look as dominant as he had at some points over his career, on Friday night, Shakur Rasheed looked the best we’ve seen from him this season. He was dominant on top, looking for various turning combinations and breaking his opponent down – and if he really is getting his groove back, as it looks like, he can cap off his career as an All-american again.

It is disappointing that freshman Seth Nevills got the default and wouldn’t get a tune-up against a top opponent on Friday in preparation for this monster of a match on Sunday. I’m not so sure that it would matter too much; Steveson is the best of the best at this weight, and he should be able to take control rather quickly. Nevills has talent, and will be great in coming years. This bout won’t show that.

*The Penn State athletic department, in its official capacity, uses Intermat Tournament Rankings in all its match literature; in those rankings, Penn State is #2, and Wisconsin is #6. I’m using Intermat’s Dual Meet rankings because this happens to be a dual.