It’s amazing how similar this season has turned out for the Wisconsin Badgers and Penn State Nittany Lions, given the momentum that each team had to start the year. A returning senior quarterback, an elite running back, and an 11+ win, top-10 finish (complete with a NY6 bowl win) in 2017 led to high expectations for both programs in 2018.

Things have turned out quite differently for each in 2018. Wisconsin dropped a horrible home non-conference game to now 4-5 BYU before double-digit losses to Michigan and Northwestern. Neither conference loss looks especially bad, as the year has turned out. Penn State remembered how to blow 4th quarter leads like it was 2017 all over again, dropping inexcusable losses to Ohio State and Michigan State. The losses were inexcusable not for the quality of opponents who won the games, but for the fact that self-inflicted mistakes and lack of discipline alone cost them both games. And the stomping against Michigan really put this year’s team into perspective with the prior two years’ editions. 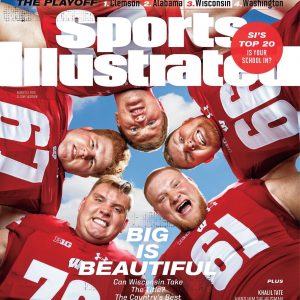 Quarterback injuries and defensive lapses leave both teams with questions to answer. It looks as if Trace McSorley will play for Penn State, but Wisconsin looks to be without Alex Hornibrook. The Lions are a 9-point favorite, and while Penn State fans think that’s too high, Badgers faithful think their team is being given far too much credit.

With preseason dreams of the CFP have been dashed for both teams, Saturday’s game, once thought to be a possible preview to the Big Ten title game, is now relegated to shaping mid-tier bowl pecking order. Michigan and Ohio State, likely respectively, will go to the CFP and Rose Bowls. A loss by Michigan to anyone but Ohio State would knock them out of the CFP, shifting everyone in the conference down (root for Michigan to win out, and for OSU to win all but The Game). Wisconsin, with a loss, might be headed to the Big Apple for the Pinstripe Bowl, where Penn State will likely go to the Citrus if it wins out. If Wisconsin wins, the Lions will be in the mix for the Gator, Holiday, Music City (or worse) Bowls.

While Orlando is a far cry from where Penn State planned to be during bowl season, it was the Citrus Bowl that Penn State used to propel the team to the magical 1994 campaign. It will face a good second-tier SEC team head-to-head (likely Kentucky, Mississippi State, or Auburn), with a chance to build momentum for next year.

A noon kick against a depleted opponent seems like a yawner at the national level. But solidifying the chance for a quality bowl game against the SEC is important for both teams, who find themselves in a rebuilding year wanting to return to the top of college football in 2019.