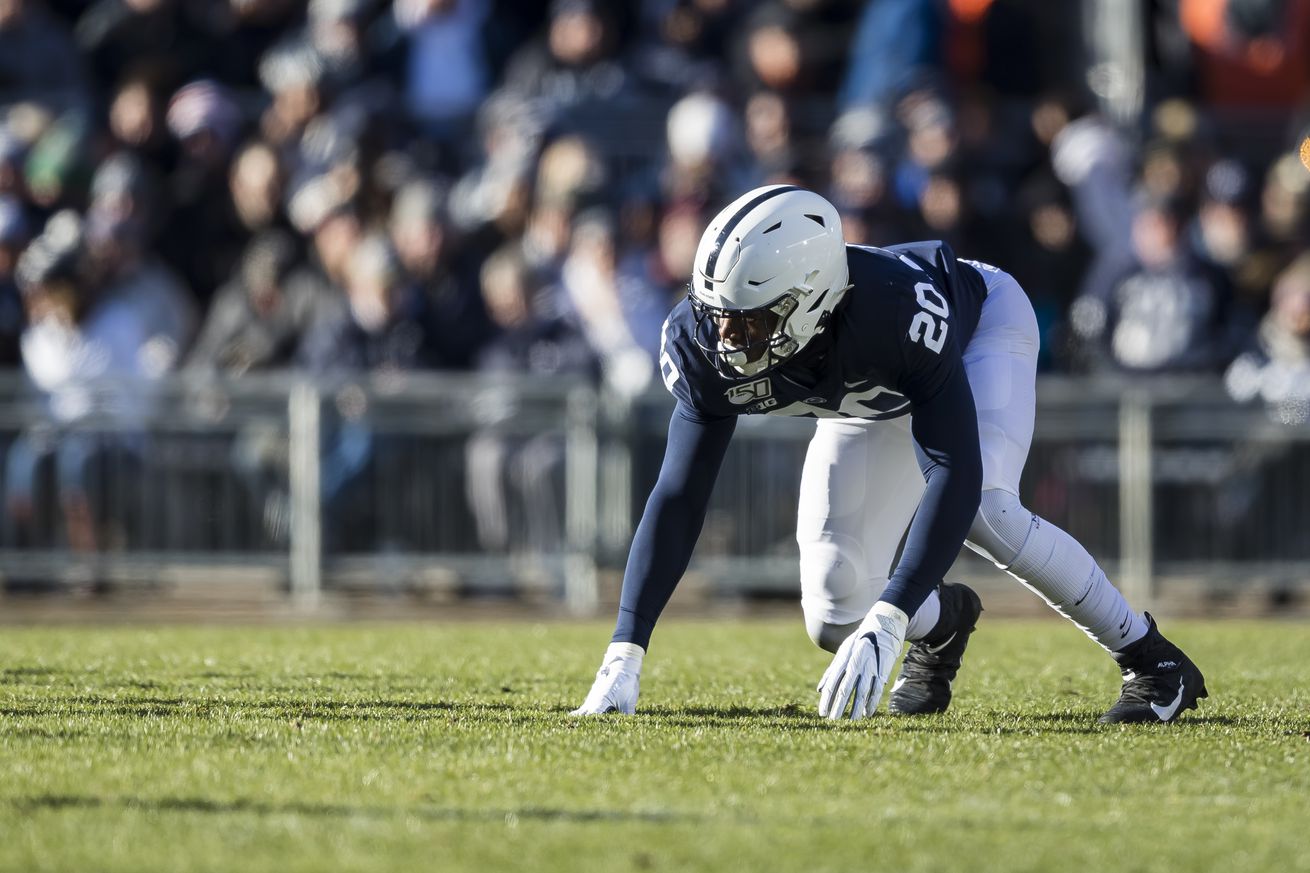 Last year around this time, I wrote this article asking the question: who are the guys that won’t be starters, but will play a major part in the outcome of games? My example last year was someone like Jordan Smith in 2016. Never the starter, but he played a lot of snaps and ended up being a key part of the secondary.

One rule for my selections: no running backs can be selected. Noah Cain may not be a “starter” but the kid is going to see double-digit carries in a lot of games. So no cop out answers here.

I think most of the obvious selections are on the defensive side of the ball, but please high heavens, let there be an x-factor at wide receiver. I imagine one of the froshes — KeAndre Lambert or Parker Washington — would be the sexy pick, but with the state of affairs in the world and how that is impacting college football, I’m going with a veteran in redshirt junior Cam Sullivan-Brown .

Sullivan-Brown had just 8 catches last season, but that was only through three games as his year ended with an injury during the Maryland contest. If CSB had stayed healthy, I think he would have played a bigger role in the offense, as Penn State tried everything to find a fourth receiving option after KJ Hamler , Pat Freiermuth , and Jahan Dotson .

Sullivan-Brown doesn’t have the flashiest game. He has average size 6-foot-0, 193 pounds, and isn’t all that much of a quick-twitch athlete. But during his small sample size of play, CSB has managed to move the chains and (I don’t believe) not drop the ball. With Penn State’s receiving core, that’s all I ask for.

One of the obvious picks, but with Jayson Oweh likely the defensive end starter opposite of Shaka Toney , that means Adisa Isaac should comfortably take over the No. 3 defensive end spot. Those within the program know of Isaac’s 1st round NFL potential, and even in a shortened offseason, he was able to make great gains, now weighing in at 256 pounds. That should certainly help Isaac hold up in the run.

The thing with Isaac that makes him an obvious pick for me: he’s uber-talented and he also has a prime opportunity with regards to the depth chart. So even if Isaac starts off slow, he’s someone who could put things together by the time conference play (NO COVID) rolls around.

I am legally obligated to include Marquis Wilson in every article. He is one of “MY GUYS” so with that comes my undying loyalty. Plus, I just love his ball skills. Going back to his high school film, it was so easy to see that he’s a natural when it comes to playing cornerback. Provided he stays healthy, he’s someone with 5+ interceptions in a season potential.

Not to mention, this tweet which just drips #swag:

Not gon lie I cant name any of these ppl except holm from LSU, so my chances are as good as anyones how I see it https://t.co/jJURhWbW2h

That’s the mindset I want from a cornerback. We don’t even know who these people are!! Let’s go, champ!!