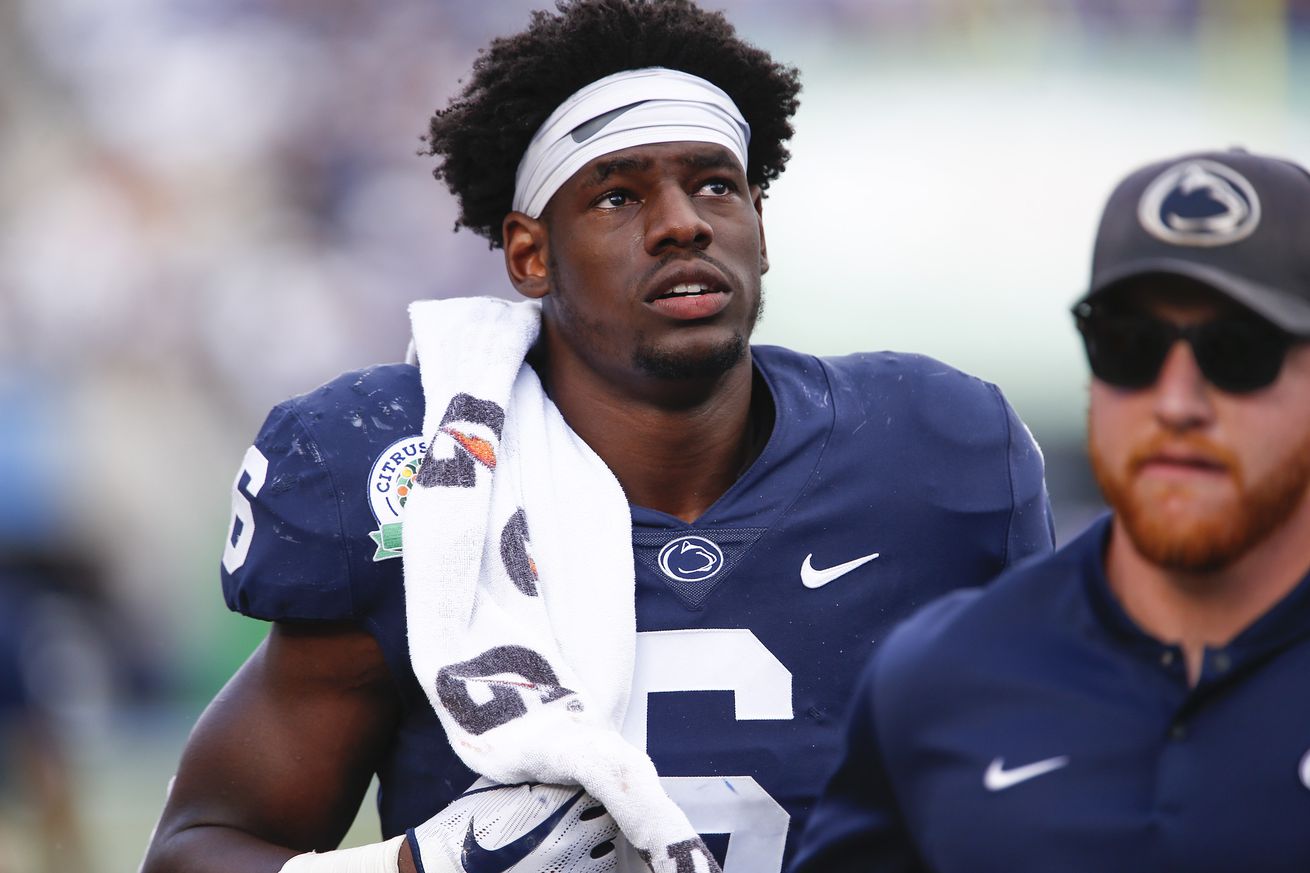 The senior linebacker has lots of experience, if not much age.

(Because of a tie in voting, there is no number seven on our list but rather two players tied at sixth)

Cam Brown will be just 21 years and 4 months old when he takes the field against Idaho in August. He played in 12 games, including 2 starts, during his freshman season in 2016, a year which Penn State faced injuries at the linebacker position.

Defensive coordinator Brent Pry spoke about Brown earlier this summer. He remembered the game in Ann Arbor during Brown ’s freshman season. “He was about 197 pounds and I’ll never forget, he played 75 snaps against Michigan.” Brown was forced into heavy action during that game but it is easy to forget that he was under-sized and raw for most of his first couple of seasons.

Brown has since put on 30 pounds and has maintained his speed. At 6-foot-5 inches, it took him a while to learn to play with proper leverage when lined up near the tackle box. Last season Brown was surprisingly effective when lined up on the inside, though he may find himself outside more often than not this year.

With Micah Parsons, Ellis Brooks , Jan Johnson and Jesse Luketa all returning as the most experienced linebackers, Brown is the best option to play the position furthest from the line of scrimmage.

Cam was asked about his role on the team this year before the Blue/White game and he mentioned that he finds himself in the role of mentor for the younger players behind him on the depth chart. “Micah still tests my patience. (He laughed) No, everybody’s good. They’re coming along. There are some freaks of nature coming in, so those guys look good.”

Brown may have been referencing the likes of Brandon Smith , who is a prospect similar to Parsons and will be fighting for playing time this fall during his freshman season. With the depth at linebacker much better than it was when Brown was a youngster, the group of talented underclassmen should be able to break into the lineup at their own pace.

Brown had no such luxury. He was running around on the field long before he knew his assignment or could react quickly when adjustments were needed. Through his first two seasons he played a lot, but the production was not there. He had 30 tackles through his first 25 games played, with 1 sack and 1 pass defensed.

Last year things began to click for him, though he had a few moments when he had trouble lining up before the snap, costing the team a timeout. His technique was noticeably better and he has spoken about his work to get low to take on blockers, which is difficult for him at his height.

In 2018 he had 41 solo tackles, more than his previous two seasons combined. He had 2 sacks and 6 passes defended, to go along with 3 forced fumbles. The production finally came for him, and after watching his tall, lanky frame run around in space in pass coverage without much success, he was able to knock down a half-dozen balls.

The speed of the game should be easier for Brown this year, entering his fourth full season. Though he is young in age, he is as experienced as any player on the roster in terms of snaps played. If he can continue to improve, the production he put up last year could be just a start. With a solid senior season, Brown may sign his first NFL contract just a month or so after turning 22, with a great four-year college career in the rear-view mirror.