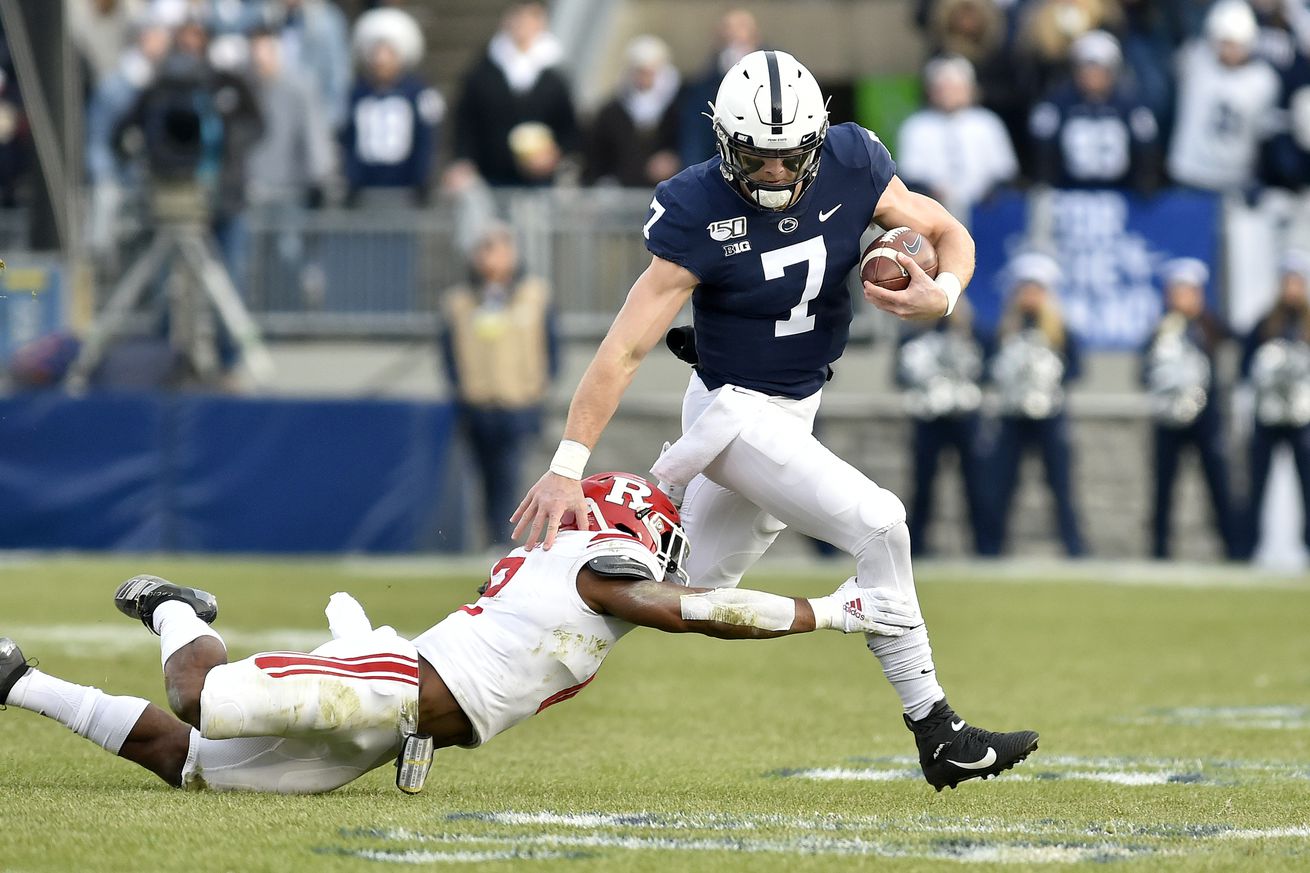 That was certainly a football game.

Penn State played Rutgers on Saturday. The Nittany Lions won 27-6. It was less than beautiful, and here are our takeaways.

1. Penn State players could not have cared less about that game

This isn’t an excuse, as it’s their job to care. But it was very clear from the jump that Penn State players wanted to be anywhere else but on the football field against Rutgers on Saturday. And who could blame them, really? You just lost a big game. The Scarlett Knights are a dumpster fire. It was cold, and you had to practice over Thanksgiving break. All of that manifested itself in a less than inspired performance in the win. The tenacity and effort level seemed to tick up after halftime, but there was a still a distinct lack of sharpness.

2. Journey Brown is a dude

We already know that Penn State fans are all in on Noah Cain , but Journey Brown is going to be an absolute animal with another offseason spent under the watchful eyes of Dwight Galt. Brown topped 100 yards on the ground and scored three touchdowns. He’s got good vision, agility and top-end speed. Once he adds a lil’ bit of thiccness to start breaking a few more arm tackles, Penn State is going to have a hell of a back.

Saturday’s game was far from a work of art. And expectations surely adjust after a 8-0 start, but if I’d offered you 10-2 before the year with wins over Michigan, Iowa and Sparty, you’d probably take it. This was the first time since the mid-nineties that Penn State has won 10 games for the third time in four years. That is unquestionably a good sign and a sign that James Franklin has brought the program to a level that it really hasn’t been at in about 25 years. They’re likely headed to the Rose, Cotton or Orange Bowl , meaning PSU will be in a New Year’s Six bowl yet again. Things aren’t perfect right now, but they’re unquestionably good.