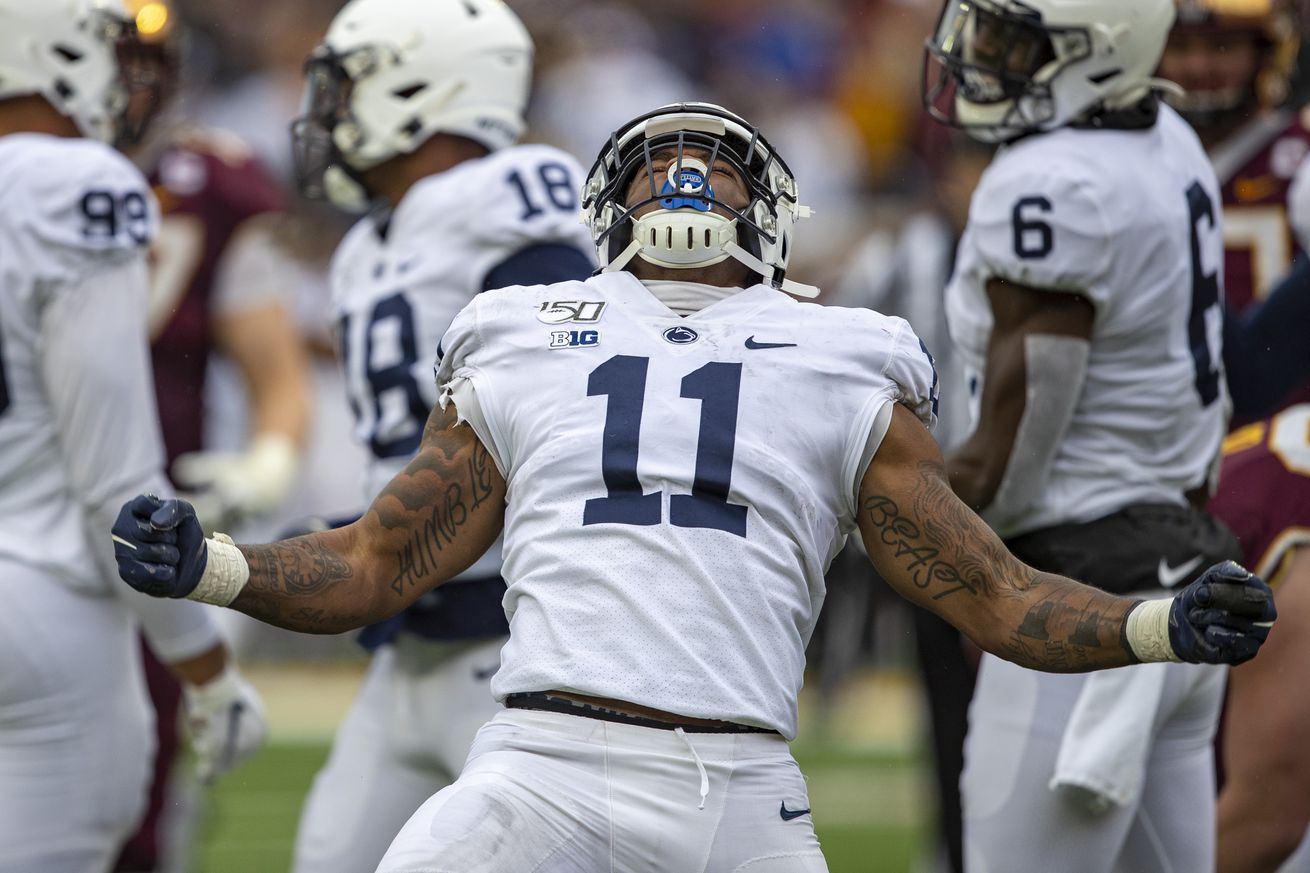 Brent Pry will have to deal with a fair bit of turnover in 2020, but he’ll have plenty of talent to do so.

Should the world cool its collective sh*t at some point and allow us to have a 2020 college football season, there’s a lot of reason for Penn State fans to be excited. We all know about the weapons Coach Rock will have at his disposal on offense, but what about Brent Pry on the defensive side of the ball?

Look, this could and maybe should be about the linebacker corps as a whole. The unit could very well be the best in the country, led by a trio of five star recruits. But for now we’re going to focus on one Micah Parsons .

Micah Parsons is like a wrath of hellfire and brimstone upon opposing offenses. I would drop the oft-used “freak” label, but that wouldn’t do it justice. Last season, Parsons led the Nittany Lions in tackles while establishing himself as one of the nation’s best defensive players as a true sophomore. Against Memphis in the Cotton Bowl , Parsons single-handedly changed the game on a number of occasions. And guess what? He’s back!

Parsons enters the season as one of the favorites for both the Bednarik and Butkus Awards, and rightfully so. The junior plays as if he’s been shot out of a cannon and toward the end of the 2019 season his instincts began to catch up with physical prowess. Micah Parsons alone will be worth the price of admission in 2020.

Last season, Penn State’s pass rush yet again finished in the top 10 in the nation in sacks. It wasn’t without some difficulties, however. Yetur Gross-Matos shone at times, but started the season slowly. Shaka Toney had flashes of brilliance, but was was often inconsistent.

Everyone knows how good a coach Sean Spencer is, but this year, under the guidance of knew defensive line coach John Scott Jr., I think the Penn State pass rush could take yet another step forward even with Gross-Matos , who is now plying his trade in the NFL.

Toney returns and is a l.ock for a starting spot, but opposite him we have an open competition. The participants in that competition, for now, appear to be Jayson Oweh , Shane Simmons and Adisa Isaac .

Oweh , a physical specimen, will be a redshirt sophomore whose athletic testing numbers jump off the board at you. Last year, he improved against the run and showed off his pass-rushing skills with five sacks, including a dominant showing again Michigan State.

Simmons , a redshirt senior, has battled injuries and problems with consistency after coming to Penn State as a top-50 prospect nationally out of DeMatha (Md.). Now that he’s healthy, could he have a breakout senior season?

Lastly, we get to Isaac. The Brooklyn native shot up the recruiting boards as a senior into the top 100. Last year, as a true freshman, he appeared in 11 games, mostly in pass-rush or reserve scenarios. Now he’s up to 256 pounds and at 6-foot-4, has maintained his quickness according to reports out of the program.

Add Parsons coming off the edge as the nation’s top blitzing linebacker as well as potential breakout redshirt freshman Smith Vilbert and the Nittany Lions pass rush should have some sharp teeth.

Youth in the Defensive Backfield

Penn State’s defensive backfield was, uh, sub-optimal a year ago.

Sure, John Reid played well, but Tariq Castro-Fields seemed to suffered a bit of setback and the safety play was abysmal, particularly in coverage. Fast forward a year and it’s an area where I’m optimistic the unit will be a strength for the Nittany Lions.

First off, we’re start with Castro-Fields . After his first two seasons at Penn State, there was talk that the Maryland native could leave after his junior season. Then that season happened and, as anybody who watched it would understand, that talk largely disappeared. Howeva, there’s since been reports that Castro-Fields played through an injury for a large part of the season. I’m of the opinion that he didn’t just forget how to play the position, so count me in for a bounce back year.

Then there’s the likely safety duo of Jaquan Brisker and Lamont Wade , both of whom I think could take a big step forward with another year at the position for PSU.

But the real reason I’m excited lies with the sophomore class. The trio Keaton Ellis , Marquis Wilson and Joey Porter Jr. all showed flashes of brilliance in 2019. While Ellis was the most consistent of the group, Wilson showed a knack for forcing turnovers, with two interceptions and three force fumbles. Porter Jr., meanwhile, played in just four games but displayed a knack for using his 6-foot-2 frame to disrupt wideouts at the line of scrimmage and box out with the ball in the air.