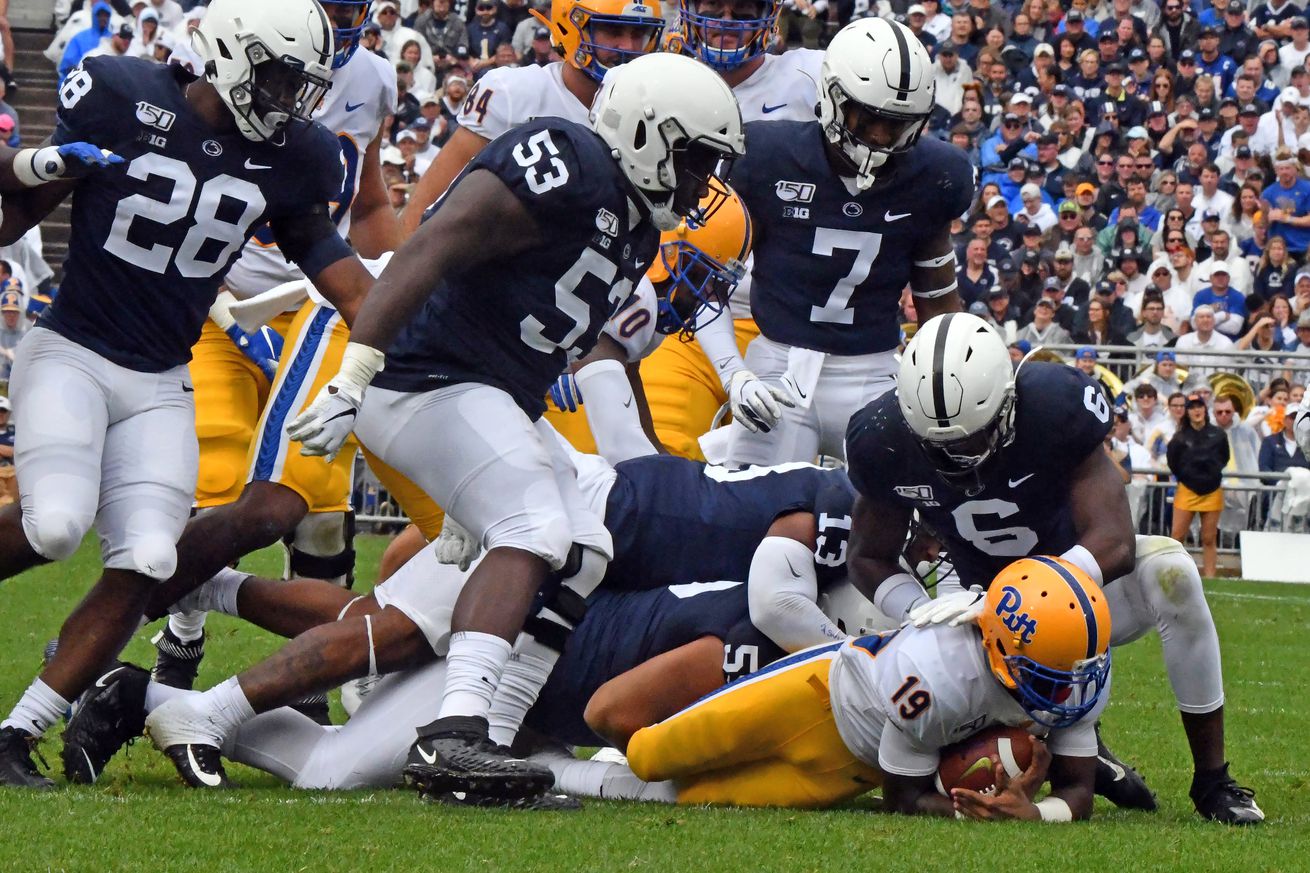 The Nittany Lions will try to escape the sorcery that is a night game in Iowa for the second time in three seasons.

Shouts out to Jonathan Sutherland for facing prejudice head on and being a true role model.

The idle Alabama and Clemson fittingly retained their positions atop the Top 25 , though more objective calculations drop the Tigers much lower and raise the Big Ten much higher, even though the weekend featured a terribly on-brand matchup .

That game may just set the tone for what could be the most exciting month of the season for the conference . Though many consider the Big Ten a two-horse race — possibly even one — there are certainly worthy adversaries who can shake the conference up this month .

Penn State’s defense couldn’t have done much better . Led by an elite defensive line , the Nittany Lions dominated a Purdue team missing its starting quarterback and top playmaker. Appropriately, the leader of the pack of wild dogs earned MVP honors .

While the defense was nearly flawless, the same can’t be said of the offense . Sure, it put up 28 points in the game’s first 17 minutes, but there were some ugly moments through the remaining 43 minutes of action.

And with the Homecoming festivities taking over the weekend , coach James Franklin certainly picked the right weekend to bring some future Nittany Lions to town .

Penn State has largely breezed through its first five games of the season, but won’t be able to take it easy much longer . The Nittany Lions will face their toughest opponent of the season on Saturday.

Add in the primetime spotlight and the weird magic of Kinnick Stadium and few, if any, Penn State fans will have a relaxing weekend. It hasn’t been the best of times for the Hawkeyes , but if there’s anything that could help them get their season back on track, this kind of game would do it .