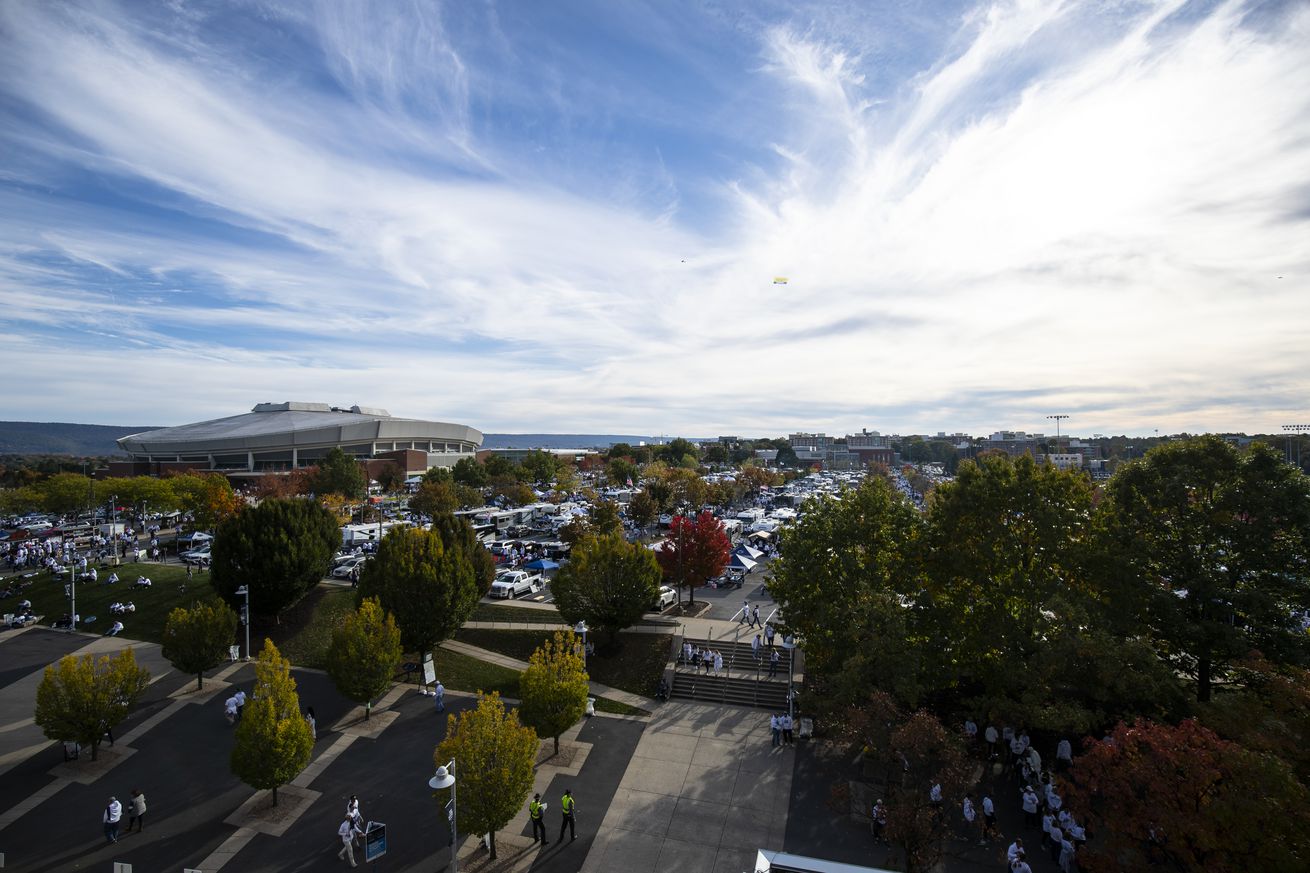 The longest off-season is finally over!

There will have been nearly ten months between Penn State football games by the time a toe meets the ball and sends it into the air at 3:30 p.m. this coming Saturday. The good news is that barring a setback, the football season will begin in mid-season form this weekend. With the non-conference schedule off the board, it’s right into Big Ten play.

As the Lions navigate their way through the schedule it will be in the back of everyone’s mind that there may be a cancellation or two along the way if positive tests hit either Penn State or their opponent. There is no need to talk about that until it becomes relevant. There has been enough anxiety to last a couple of decades since coach James Franklin led his team onto the field against Memphis at the Cotton Bowl .

There will be plenty of uncertainty relating both to football and issues outside of the game as we navigate through the next couple of months, but for now, the hardest part is over: the waiting.

While most of the college football world has been playing, our favorite team has been on the sidelines. Hold your breath for another six days and then exhale from your back yard at kickoff, tilting your head toward Bloomington, putting a wind in the face of the Indiana kicker or at the back of the Lions’.

I think we all will breathe a collective sigh of relief to get a piece of our lives that we all enjoy back on track, as petty as it may seem. By the end of the week we will put the long off-season behind us and head out into the great wide open .

Sprint To The Finish

We’ll know more once all eight regular-season games are played but at this point it looks as though the Lions will have a series of games that they are favored to win followed by games that could go either way. The road start against Indiana gives Penn State a match-up that it should win were the team to play its best. The following week a showdown at home with Ohio State provides a game that could be won by the Lions but could also be a case where even the best effort may not be enough.

We know Penn State won’t back down when the Buckeyes come to town, the home team will be running down a dream ; the winner will be in pole position in the Big Ten East and a spot in the college football playoff.

From there the team goes to Maryland, another situation that could be favorable to coach Franklin’s squad. The next game after that is on the road against Nebraska. We’ll have to wait and see what type of team Nebraska will have but it is possible that the Cornhuskers could be a tough team at that point.

The final four games are at home against Iowa, on the road against Michigan, at Rutgers and home against Michigan State . We’ll know more as the season unfolds but for fans there appears to be a situation where every-other game will be intense. On the final weekend of the season the entire league will match-up for Big Ten Champions Week, which will put the No.1 seeds from each division in the Championship game. The rest of the teams will play head to head, the No.2 in the west versus the No.2 in the east, and so on down the line.

Following a seven-month hiatus in Penn State sports there will be actual game information to relay to you a week from today. There won’t be any music-related filler, just gifs of the key plays and a bunch of box score stats. Until then…

Tom Brady has been all over the place since he came to the Tampa Bay Bucs. He’s in the local market with my home less than an hour from Raymond James Stadium. During the long sports hiatus I dove into music and rediscovered the B-52’s in the process. That’s when I also noticed that Brady is so old, apparently he was the original drummer in the B-52’s. While watching concert footage from 1980, I saw Brady behind the drum kit.

You could do worse than to give the B-52’s a listen if you haven’t and if you have, it could be a good time to take a ride in the wayback machine. Rock Lobster and Private Idaho still hold up nicely.

Next week, my friends, we will be talking about football. New football. Not football game replays from the days of yore. Big Ten football is back. Get your affairs in order and dust off the couch, the grill, the deck, and clear your schedule for Saturday afternoon.