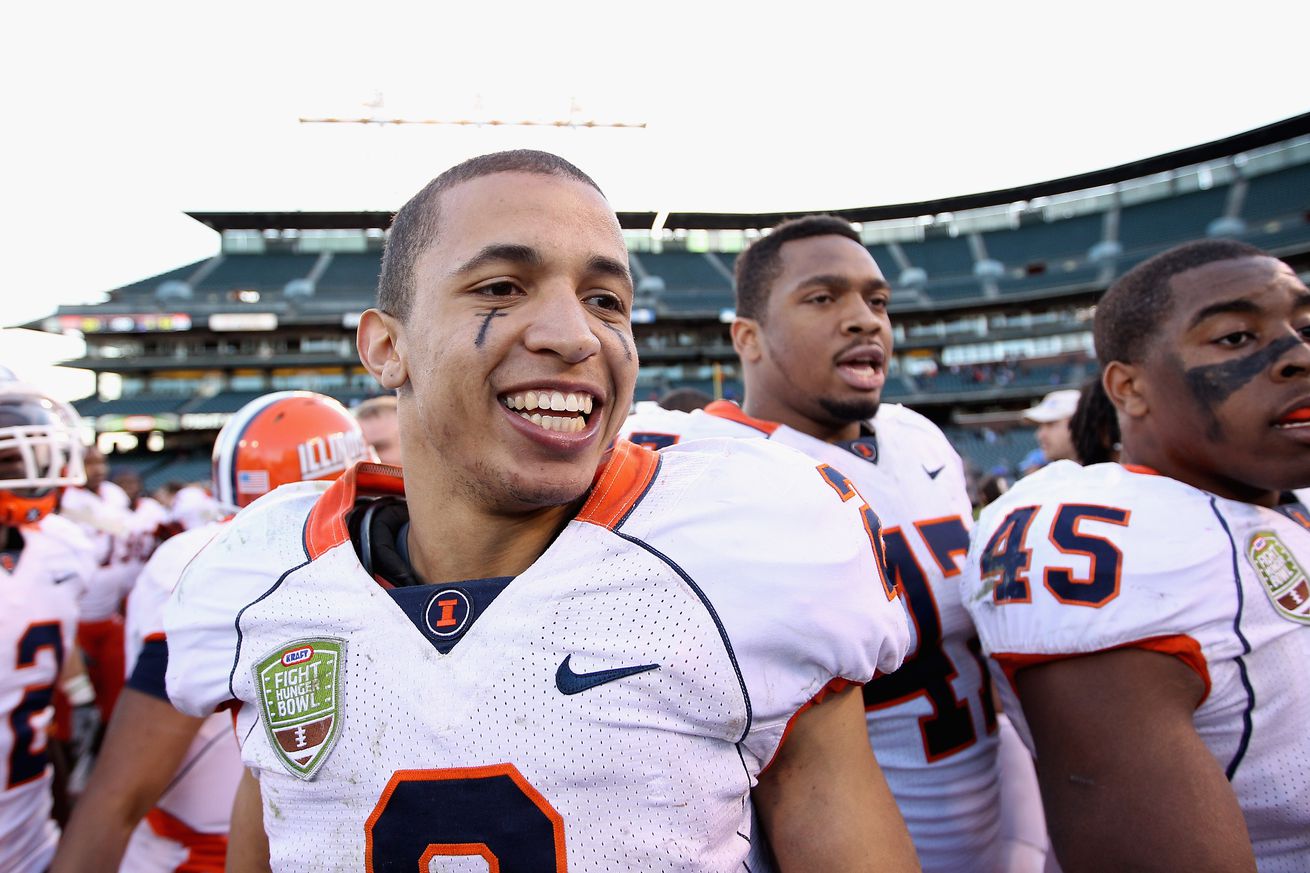 With Gerad Parker and his massive biceps off to West Virginia to be the Mountaineers’ offensive coordinator, Penn State now has an opening for a wide receiver coach. You know what that means? A (meaningless) wide receiver coaching big board!

Two things before we get started:

A coaching career spanning over 20 years, Galloway has coached wide receivers at every stop: from Elon in 1996 to North Carolina today. He’s just in his second year at North Carolina, but previously he’s coached at Louisville and West Virginia — the latter of which is where he was on staff with current Penn State RB coach JaJuan Seider.

I am legally obligated to mention Brennan Marion for every Penn State offensive coaching staff opening.

Marion has been of an odd background: he’s coached high school football in California and PA (where he’s originally from), and then jumped from Arizona State (quality control coach) to Oklahoma Baptist (RB coach) to Howard (OC/QB coach) to William and Mary as OC/QB coach.

He’s very dedicated to his “Go-Go” offense, so I almost wonder if he prefers to just bet on himself and his playcalling abilities to eventually catch the eye of a FBS program. If not, he’d be a great fit for Penn State. Really smart guy and with his ties in PA and the DMV, he’d probably clean up on the recruiting trail.

Hagans is a UVA-lifer — it would take multiple Brinks trucks to get him to leave Charlottesville. But Hagans is an intriguing option. One, he’d recruit Virginia — and specifically, the 757 tremendously well — and two, he has a nice track record of producing extremely productive wide receivers. Olamide Zaccheaus was an All-ACC product in 2017 and 2018, and this past season, Hagans had three wide receivers haul in 70+ receptions.

From the Joe Moorhead coaching tree, Breiner hasn’t ever been a full-time WR coach for a Power 5 school. But he does have experience with coaching the position at Lock Haven, Allegheny College, and UConn when he was a GA. Breiner is originally from Hummelstown, PA, so the chance to come home and coach at Penn State could be an interesting move.

You likely have never heard of Joe Bleymaier, and that’s fine because neither had I about five minutes before typing this. He’s been with the Chiefs organization since 2017, and prior to that, he was a quality control coach for the University of Colorado. So why am I listing him here? Well, he played wide receiver at Delaware, where his offensive coordinator was Kirk Ciarrocca.

Yes, that Nate (then known as “Nathan”) Scheelhaase is now a college coach. He’s quickly rising up the ranks — he was the RB coach for Iowa State in 2018, and then got promoted to WR coach for the 2019 season. While he doesn’t have a major connection to Penn State, he did play at Illinois while safeties coach Tim Banks was on staff, and actually coached on the same staff as him back in 2015.

I mostly mean this as a compliment, but McDonald is your run of the mill wide receiver coach. He has a ton of experience, having coached WRs at Miami, Syracuse, and NC State this decade. He’d fit in really nicely as a recruiter, with ties in states all over the Eastern Seaboard. McDonald wouldn’t be the sexiest hire, but if Penn State is looking for a competent wide receiver coach who would likely stick around for a bit, they could do much worse than McDonald.

Almost all of Gru’s experience is in California or Texas, which doesn’t exclude him from the position, but it certainly makes him a weirder fit from what James Franklin has typically gone for.

Ward has quietly been climbing the coaching ranks, going from Northern Illinois WR coach from 2013-2015, to Illinois RB coach from 2016-2018, to Temple WR coach this past season. Timing might not be right right now, but I wouldn’t be stunned if Ward’s name popped up during the search.

Frye just finished up his first year as the OC/QB coach at Central Michigan, where he played a part in the Chippewas turnaround from 1-11 to #MACtion champions. Would he be accepting of a lesser role at Penn State, but a (likely) pay increase? Despite his inclusion on this list, that seems doubtful. If he stays where he’s at, I would be quite surprised if he doesn’t get a P5 OC/Co-OC offer next winter — or, at the very least, a QB coaching gig.

This one is probably more of the graduate assistant option, but Carta-Samuels (who played for Franklin at Vanderbilt) is viewed at as a rising star in the profession . Again, it is doubtful he gets the wide receiver gig, but still, I wanted to list him as a name to know.

I will give James Franklin a wet kiss on the cheek if he could lure Bobby Engram back to State College.