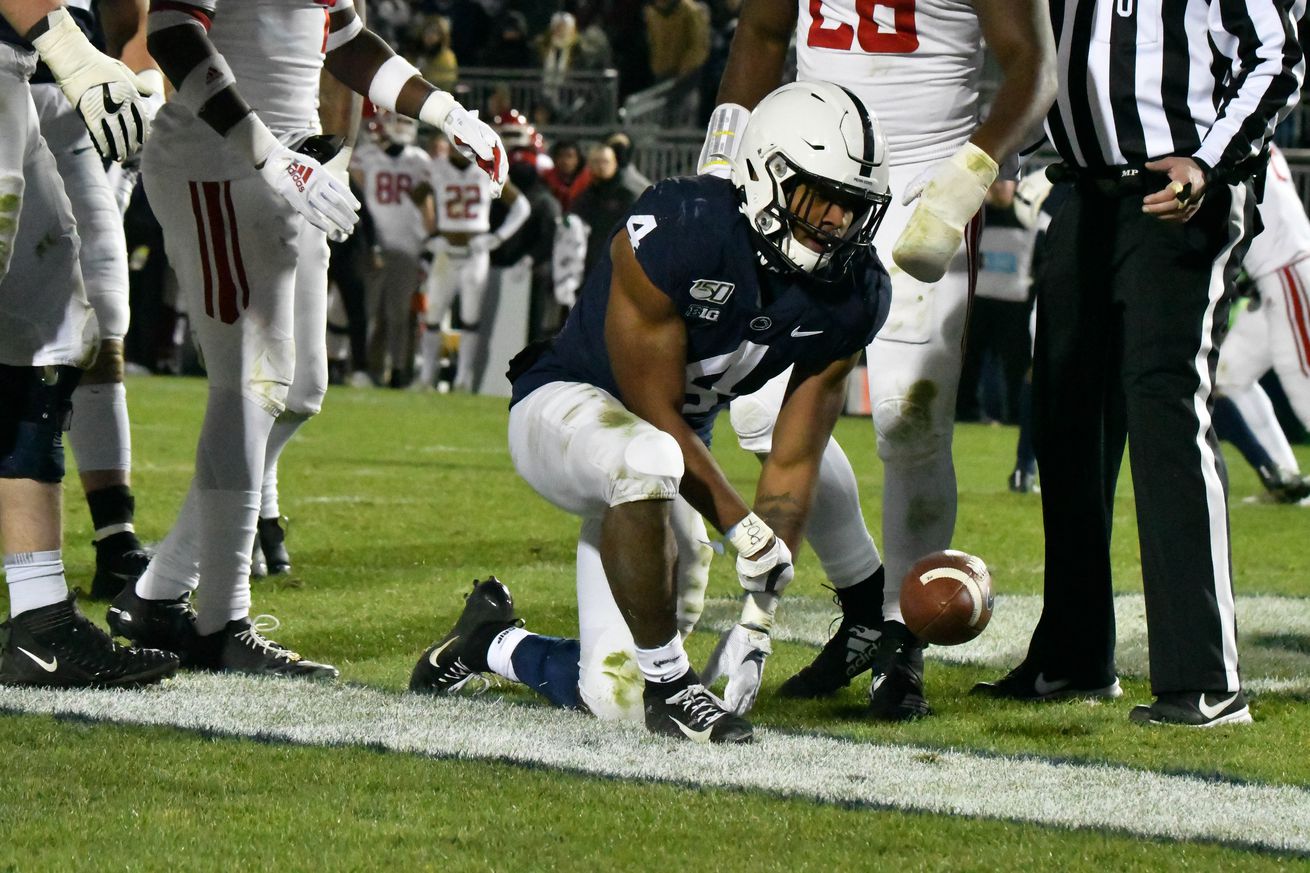 The market closes for the month of December. How do your holdings look?

Hope you’ve been managing your holdings well, because the PSSE is now closed for business until the month of January.

Our last stock report assess where the Nittany Lions sit after an uninspired victory over the Scarlett Knights of Rutgers,

And what a Journey it’s been. Playing with a heavy heart after the loss of his younger cousin, Penn State’s starting running back was awesome on Saturday. He once again topped 100 yards and found the end zone three times, earning BSD MVP honors for his troubles. After the Noah Cain injury, Brown has really stepped up. He finished the regular season with a 6.1 yards per carry average and 10 touchdowns. The redshirt sophomore has shown speed, vision, agility and and a decent set of hands as well. With another year under Dwight Galt, Penn State could have a really special back yet again to go along with good ones in Devyn Ford and Noah Cain. Heck, even Ricky Slade seemed to be hitting the hole harder on Saturday.

“But Clay. the sacks!” Yes, yes. Sacks are bad. But much of those came down to Will Levis having no sense of timing or pocket presence. We’ll get to that later. But for now, I’m going to praise the offensive line and the coach has just been sh*t on nonstop for two years. The Nittany Lions run game was objectively good for the majority of this season. They could run out the clock. They created some chunk plays. They controlled the line of scrimmage. Yes, I know Rutgers sucks. But on Saturday Penn State averaged 5.5 yards a carry and ran for 252 yards. That’s good!

Look, some of this is on us (me?) for expecting probably too much from Levis. He came in and lit it up with his legs last week and I was sold. And while he rushed for 108 yards on 17 carries this week, it’s very clear there’s a loooooong way to go for Levis in the passing game. That’s not to say he can’t get there at some point, he’s only a redshirt freshman, but there’s work to be done. Part of the angst around Ricky Rahne this weekend was down to the fact that he had no faith in his quarterback’s ability to throw the ball, and as it turns out it was with good reason. I’d very much like to see a package built around Levis for the bowl game and next year. Not a LION package, take Clifford off altogether and give a run look. There’s a role for him in this offense, but as of now Cliff is quite clearly QB1.

Look, yell at me all you want, but Brent Pry is good. His numbers over his career with Penn State make that pretty clear. Is he great? I don’t believe so. But he’s above average, so if you want to get rid of him you should know your taking a risk. However, what the hell is with this defense. The Nittany Lions were good against the Buckeyes (forcing turnovers is a skill). They were not so against Johnny Langan (WHOMST?!) and Rutgers. I know, I know. It was cold and Thanksgiving week and freaking Rutgers, but you can get bullied that much by a just impossibly bad team. Six points in good, but the process that got them there was not.

Robert Windsor looked like superman against Iowa and then just disappeared for the rest of the season. I’m not sure how much of that is down to the club on his hand, but it just can’t happen. PJ Mustipher hasn’t been the impact player I expected. Antonio Shelton and Fred Hansard have moments, but aren’t good enough consistently enough. One of the few areas Penn State has neither recruited nor developed well under James Franklin is defensive tackle. That has to change for the program to get to the next level. Because too often this year they were being blown off the ball.