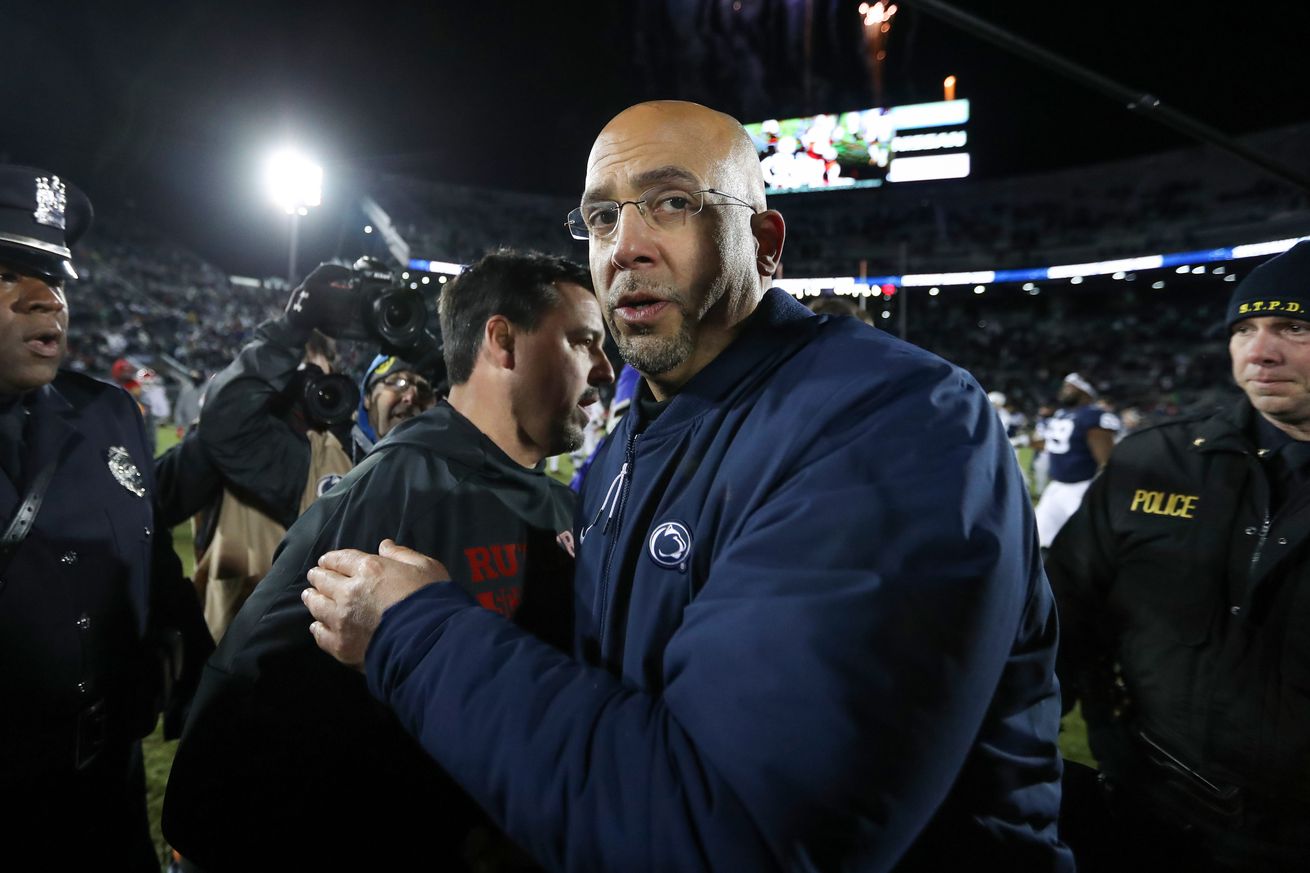 It’s a great day to be a Nittany Lion! Penn State remains No. 10 in the College Football Playoff rankings, setting themselves up perfectly for a potential third New Year’s Six game in the past four seasons!

The Nittany Lions sit behind Wisconsin, who rose to No. 8 after blowing the doors of Minnesota in their game. Utah, Oklahoma, Baylor, and Florida make up the rest of the top 10 at Nos. 5, 6, 7, and 9, respectively. The top four remained intact from last week.

If what we all know will happen happens, Penn State should leapfrog Wisconsin to make the Rose Bowl for the second time in the four-year stretch. If, by some miracle, Wisconsin keeps it close on Saturday, it’s possible that they drop only slightly or not at all, thus sliding the Nittany Lions to another New Year’s Six game. If the unthinkable happens, and Wisconsin somehow beats Ohio State, well, why think of things that are unrealistic?

Book your tickets folks, we’re going to a warm place in California or Florida, but probably California!