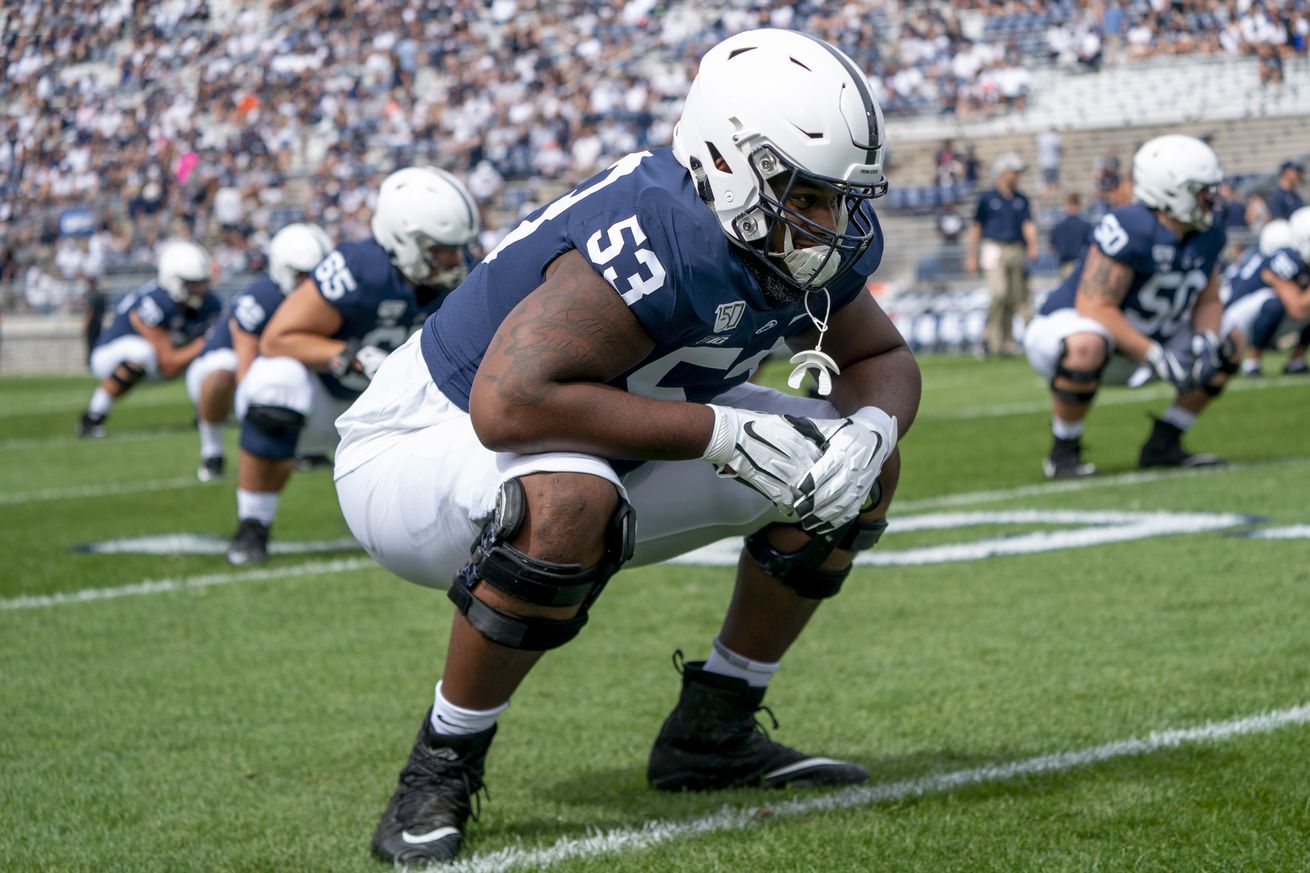 t’s time for our annual season top 10! Each summer, the staff votes on its top 10 players ahead of the upcoming season. A first place vote is worth 10 points, second place is worth nine points, and so on.

And you may ask yourself, how did we get here?

Rasheed Walker was one of the six top-100 players in the 247Sports composite rankings that Penn State signed in their highly touted 2018 recruiting class , and he is the second-highest rated offensive lineman James Franklin has signed at Penn State. While Walker probably could have played as a true freshman in 2018, he was redshirted. After taking his redshirt, Walker started all 13 games at left tackle for the Nittany Lions in 2019.

In his first season as a starter Walker showed why he was so highly rated. He showed great feet, was a good run blocker, good in pass protection, and rarely looked like a redshirt freshman.

Walked appears to be primed for an All-Big Ten type of campaign in 2020. While the loss of spring ball and the ability to get to know new offensive line coach Phil Trautwein , Walker has so much dang natural ability that it may not matter much.

If Walker has the season that he is capable of it, he could find himself as a hot commodity next spring. With Walker’s ceiling and the level of performance he had in 2019, he is in a position to play himself into being a NFL Draft pick, and a high one, in the spring of 2021.

Offensive tackles with the natural ability and ceiling that Walker possess do not grow on trees. Due to this, the 2020 season may be Walker’s last in Happy Valley.