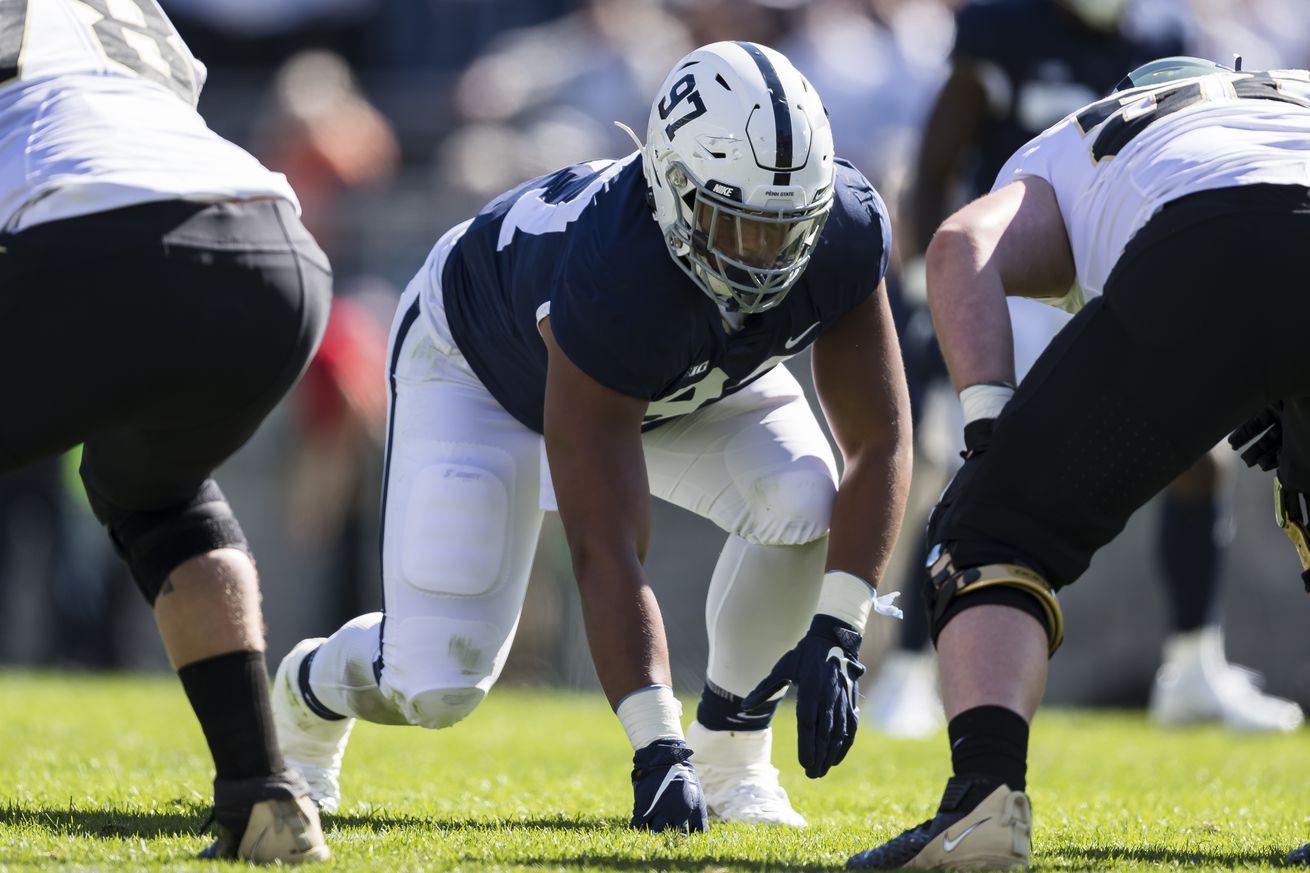 It’s time for our annual season top 10! Each summer, the staff votes on its top 10 players ahead of the upcoming season. A first place vote is worth 10 points, second place is worth nine points, and so on.

And you may ask yourself, how did we get here?

Well, that answer is fairly simple, but we’ll explain. PJ Mustipher came to Penn State as a blue-chip recruit in the 2018 class, choosing the Nittany Lions over Notre Dame (where his brother attended), Ohio State and Michigan, among others.

Mustipher saw the field immediately as a true freshman, appearing in 12 games during the 2018 season, and while he wasn’t flashy, he showed well in those games given the circumstances. Mustipher’s role grew in 2019, when he appeared in 13 games and made his first-career start. He really began to flourish down the stretch last season, becoming a mainstay in opponents’ backfields. Again Iowa he made a career-high seven tackles including a big forced fumble in the third quarter. The McDonough (MD) product continued his strong play with five stops again Ohio State and recorded a solo sack in Penn State’s Cotton Bowl victory over Memphis.

Under normal circumstances, I would tell you that Mustipher seems primed and ready to make a jump to an All-Big Ten caliber defensive tackle. His physical prowess is inarguable and the game started to slow down for him in the 2019 season.

Alas, these are not normal circumstances! Not only has Mustipher missed key practice time to the COVID-19 pandemic, but he’s also operating under new management, with John Scott Jr. coming over from South Carolina to replace former defensive line coach Sean Spencer , now with the New York Giants. How Mustipher adapts and responds to those changes will be key.

We at BSD, as you can tell, believe he’ll respond positively. Not only does Mustipher have the mass, at 6-foot-4, 305 pounds, to hold up against the run, but he’s also shown the ability to get off the ball quickly and shoot gaps to make plays in the backfield. If Scott Jr. can help him develop to anywhere near the player that Gamecocks defensive tackle and first-round NFL Draft pick Javon Kinlaw was a year ago, Mustipher could have a special season.