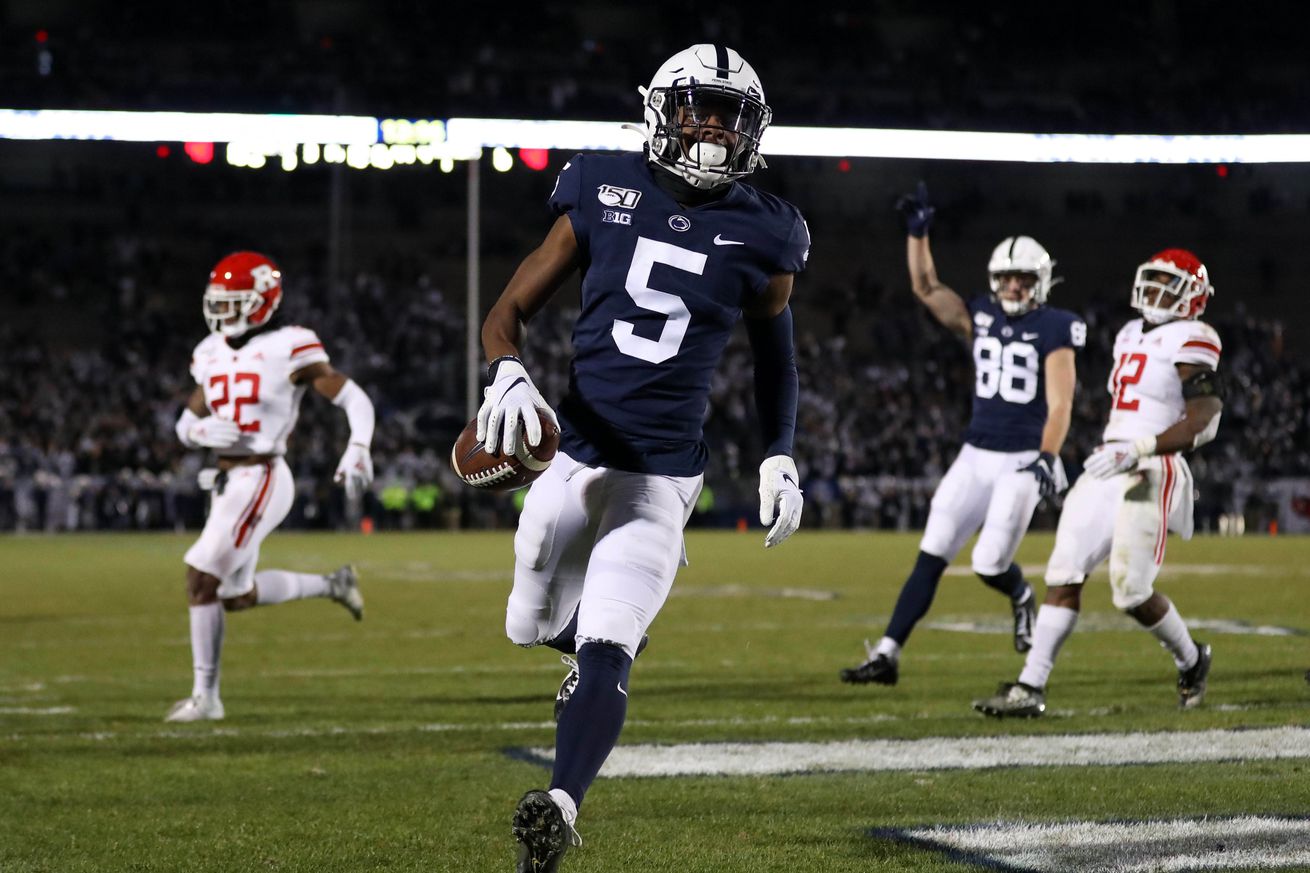 The junior wide receiver is ready to step up and lead a young group looking to prove itself.

We continue our annual Preseason Top 10 series . Each summer, the staff votes on its Top 10 players ahead of the upcoming season. A first place vote is worth 10 points, second place is worth nine points, and so on.

How He Got Here:

A former 4-star player out of Nazareth, PA, Jahan Dotson was originally committed to UCLA. However, when the Bruins fired head coach Jim Mora at the end of the 2017 season, Dotson became ripe for flipping season, which Penn State took full advantage of, convincing the 5’10” wide receiver to trade in a powder blue-and-gold jersey for a blue-and-white one. Considering how UCLA has struggled thus far in the Chip Kelly era, it seems pretty clear that Jahan made a wise decision.

Originally thought to be a redshirt candidate, Dotson was forced into action his freshman year to help out a receiving corps that was struggling with a bad case of the drops. Dotson ended up becoming a reliable set of hands, catching 13 passes for 203 yards in the final eight games of the 2018 season.

2019 saw Jahan break out in his first year as a starter, with opposing defenses mostly worried about containing KJ Hamler . He finally garnered his first two career touchdowns in primetime against Buffalo, which included catching a bomb from Sean Clifford late in the game to have his first career 100-plus yard receiving game. Overall, Jahan would double his total catches from 2018 with 27 of them for 488 yards and five TD’s.

With Hamler gone and with Justin Shorter having hit the transfer portal, Dotson is the lone returning starter at receiver, and easily the most proven. New receivers coach Taylor Stubblefield’s task will be to get him to make another big leap in production and get a few of his teammates to step up with support. Losing a full Spring’s worth of practices to work with Stubblefield and new offensive coordinator Kirk Ciarrocca wasn’t ideal, but it would be a mistake to write off Jahan making said big leap.

Even with Pat Freiermuth also being a top receiving target for Cliff to throw to, look for Dotson to catch about 40-45 balls and hit between 700-800 yards receiving with several TD’s. Furthermore, Jahan was listed on the 2020 Spring depth chart as the starting punt returner, filling Hamler’s old role in that department. While it would be silly to expect him to be the home run threat that KJ was, he may still be speedy enough to do some damage and at the very least, help flip some fields for the offense.