Penn State Basketball Has Had A Good Month, But It’s Still Time For A New Coach 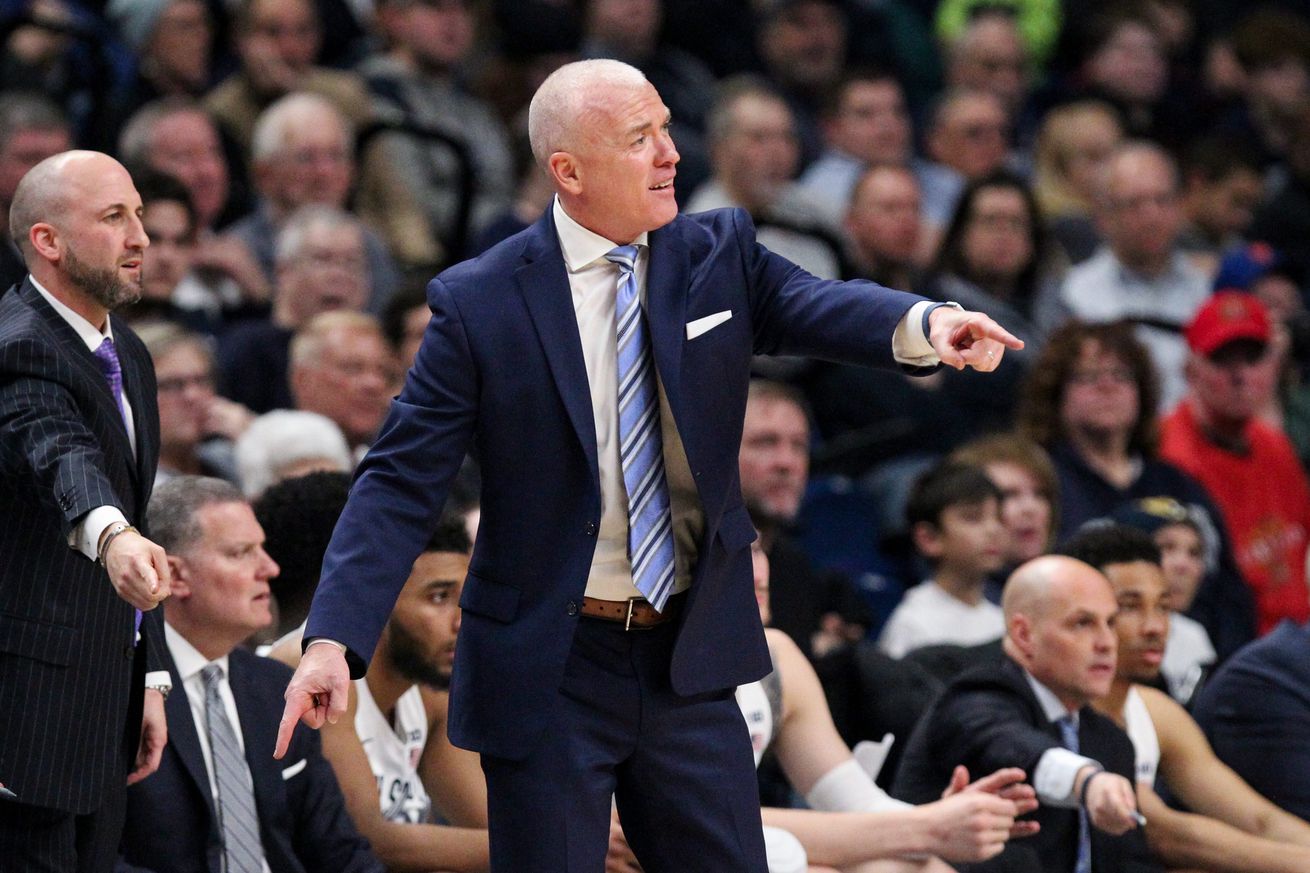 One good month does not negate underachieving the previous few months.

What a difference a month makes, huh? When February first rolled around, Penn State found itself dead last in the Big Ten, sporting an abysmal 0-10 record in conference play, and looking like a team that while having played most of their opponents down to the wire, just could not find a way to get over the hump with a win. This of course, despite returning a good nucleus of talent featuring Lamar Stevens , Mike Watkins , and Josh Reaves .

The shortest month of the year is now behind us, and since the beginning of February, PSU has gone a solid 5-3, including Top 25 scalps against Michigan and Maryland. Some maturation from the younger guards Jamari Wheeler , Myles Dread , Rasir Bolton , and Myreon Jones , along with the aforementioned nucleus and John Harrar also stepping up lately, seem to have made a difference. Despite having a 12-17 overall, 5-13 B1G record (good enough for 13th right now in the league), the Nittany Lions are getting much more respect from hoops media folks and stat geeks such as KenPom, which currently ranks PSU 43rd (as of March 3rd).

At the same time however, watching PSU have all this success as of late is beyond infuriating, because with three wins over Top 25 teams, they would be squarely in the NCAA Tournament conversation if they could have won just four or five of their conference games prior to February.

Imagine for a moment, constantly refreshing Joe Lunardi, Jerry Palm, and every other self-proclaimed bracketologist’s websites to find out where they have Penn State seeded, or whether they are among the “First Four Out” and to spend hours figuring out what it would take for them to end up on the right side of the bubble come Selection Sunday…

Instead, the team currently sits with a sub-.500 overall record, needing nothing short of a miracle run and winning the Big Ten Tournament to earn the automatic bid to March Madness. March Madness after all, was the goal coming into this year, according to Pat Chambers himself. Needless to say, the team is still on the fast track to failing miserably in that department, and the eternal refrain of “next year is the year” is ringing loudly, once again, despite no evidence that next year will indeed, be “the year.” This is why whenever PSU is in all likelihood, eliminated from the Big Ten Tournament, Sandy Barbour should thank Pat for all of his efforts before relieving him of his duties, and begin a national search for a new head coach.

We are now coming to the end of Year 8 of the Chambers era, with zero NCAA Tournament bids to show for it. Yes, we can talk about last year’s NIT championship all we want, but “You can’t spell Nittany without N-I-T” jokes aside, at the end of the day, it’s the bids to the Big Dance that the PSU faithful truly care about. Even Pat’s prior two predecessors Ed DeChellis and Jerry Dunn had coached a team in the Big Dance at least once at this point in their PSU careers, and neither of them were able to consistently recruit the level of talent that Pat and his staff have. This is what makes these past couple of seasons all the more infuriating: The talent is there, yet the program finds itself in an old, familiar, spot in the Big Ten’s basement.

Now, I realize some folks will point out the young talent in the backcourt starting to put things together, plus the fact that Stevens and Watkins both have one year of eligibility remaining, as a reason to stay the course with Pat. Assuming for just a moment, that both Stevens and Watkins return (which I am highly doubtful of), I ask you this: What has this staff shown that leads you to believe they will ever get over the hump and land the program in the NCAA Tournament? They have had the talent these past couple of seasons and yet, have fallen short. Woefully so, in 2019.

To think that next year will be the year (or the year after that), would require blind faith at this point. In fact, if I were a betting man, I would be more than willing to bet that us Penn State hoops fans will find ourselves in a similar spot next season, should Pat be allowed to return as head coach: Underachieving in November, December, followed by an abysmal January, followed by a much-improved February where the team starts playing to their full potential, but it’s too late as far as NCAA Tournament hopes are concerned (outside of winning the conference tournament).

Another common refrain I hear and read is that PSU will be taking a huge gamble if they enter the coaching carousel and thus, no change should be made. I get that sentiment, I really do. But, let’s remember that since arriving at PSU five years ago, Sandy has never had to make a football or men’s basketball head coaching hire (which are considered the two most important hires any AD can make). The rumors from message board insiders are that salary-wise, the AD is ready to significantly increase the pot, with some putting the figure upwards of 2 to 2.5 million dollars. That’s enough to entice a consistently successful mid-major coach or even slightly above mid-major (Eric Musselman , who currently makes a cool million dollars per season at Nevada, is one name that comes to mind).

Look, I’ve been a Penn State hoops fan from the time I watched a ragtag group of Nittany Lions coached by Bruce Parkhill damn near take down Bob Knight’s top-ranked Indiana squad , as a kid. I am well aware of the lack of a winning tradition and am not delusional enough to ask for Final Four appearances or national championships.

Is it too much however, to expect a school with the resources that PSU has to be able to field a team that can win on a consistent enough basis where they can make the NCAA Tournament twice every five years, and perhaps an NIT or some other postseason in at least one of those other three years they don’t make it to the Big Dance? That’s all I really ask for, and I just don’t see that happening with this current staff in place.