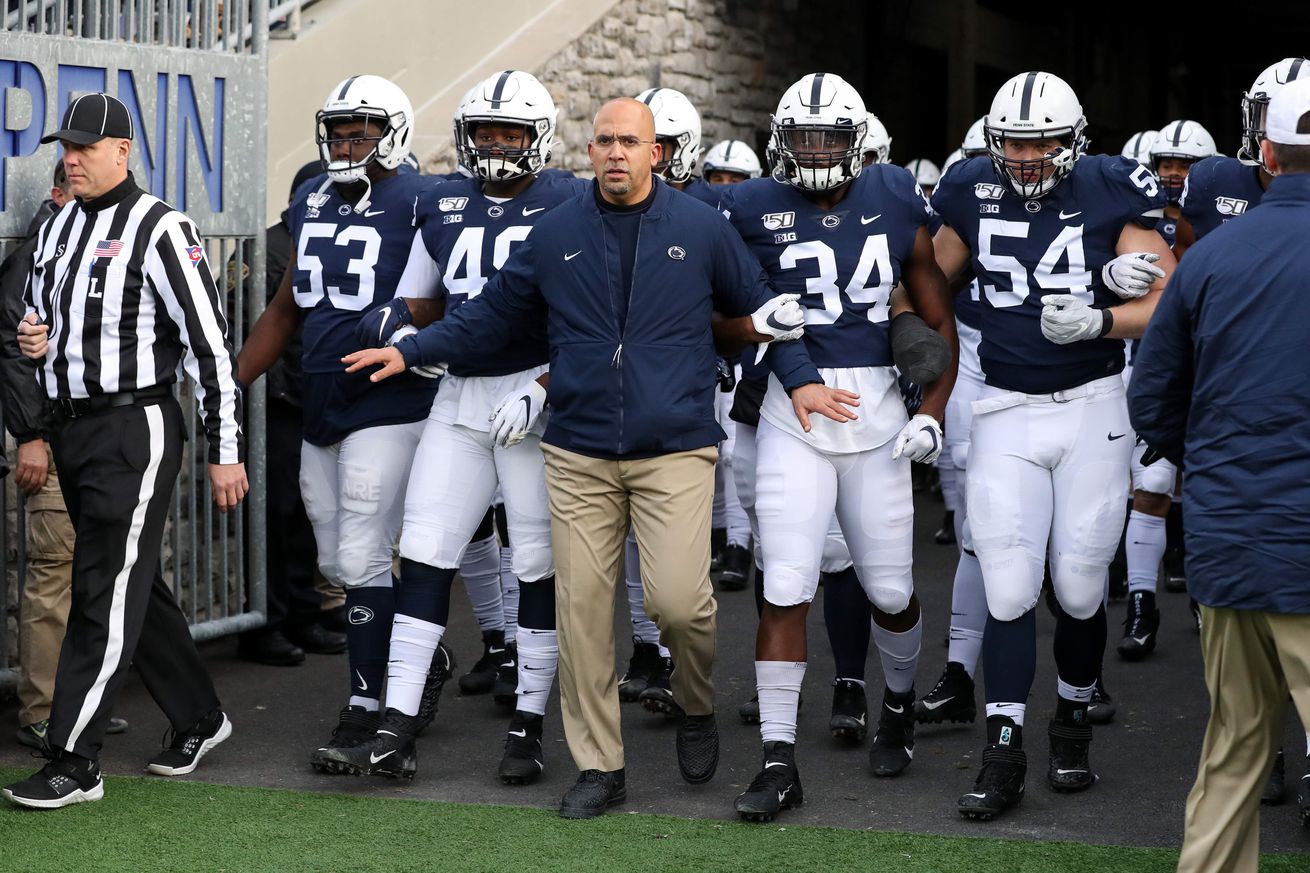 Before the game both Penn State and Rutgers fans alike were anticipating a blowout while not taking the Scarlet Knights seriously… at all.

Penn State-Rutgers in State College with nothing on the line is just the Blue-White Game with cold weather.

Good luck to Penn State in getting past their arch-rival Rutgers today.

Breaking my internet silence to say there’s a guy & his son both in Penn State hats & I, in Rutgers gear, went up to them to say, “I wish you a preemptive congrats on the victory 2morrow.” He said, “Hey you never know in the B1G!” I said, “Trust me, as a Rutgers fan… I know.”

Does this game against Rutgers count as one of Penn State’s 15 extra practices for making a bowl?

Unfortunately, things would not go as easy as planned.

From the get go the Nittany Lion offense struggled. This led to fans getting disgusted with offensive coordinator Ricky Rahne. This disgust was warranted.

Our offense is the hottest form of garbage……@RickyRahne again beats his prior weeks of misery struggling with a high school team. Smh.

Ricky Rahne is terrible. Levis is a RS Fr. and he hasn’t called any crossing routes, slants or any routes to get the ball out of his hands quickly. Levis is essentially a RB but he’s still throwing deep. This is pathetic but still #WeAre

Can we fire Ricky Rahne as soon as the games over? It can never be too soon.

Ricky Rahne is getting paid a lot of money to call this game. Penn State fans should be embarrassed by this guy.

What’s the chance the Ricky Rahne voluntarily steps down after this game? Wouldn’t that be glorious? #RUTGvsPSU

Now, in Rahne’s defense, he was down his starting quarterback today. While Sean Clifford has had his ups and downs as you would expect from a first year starting quarterback, he has mostly played well. Today, the Nittany Lions missed their signal caller.

Today I appreciate the job that @seancliff14 has done this year

Ugly start for the #PennState offense without Sean Clifford.

If Sean Clifford were in this game it would be 40-6.

Y’all still sure you want Levis over Clifford?

In his first career start Will Levis ran for 108 yards, but he completed just 8 of 14 passes for 81 yards. He also threw an interception, and under threw multiple open receivers.

One player that played well on the Nittany Lion offense was running back Journey Brown. The redshirt sophomore ran for 103 yards and 3 touchdowns. He also averaged a healthy 6.4 yards per carry.

I see you Journey Brown!!!!

That play was an absolute roller coaster. Thank you Jahan Dotson. #RUvsPSU

Playing in his final game at Beaver Stadium, senior punter Blake Gillikin went out in style. Gillikin averaged 49.3 yards per punt on his 4 attempts. This included a 72-yard bomb in the first half.

The Nittany Lions will miss their secret weapon next year.

Rutgers has to be sick of Micah Parsons

Not blocking Micah Parsons is certainly a bold strategy

Down he goes! Micah Parsons with the sack! #WeAre #LBU

Even with his strong game, the BTN crew failed to identify which number 11 is Parsons .

I love when a broadcast talks about Micah Parsons and shows Daniel George.

Anyone want to tell the Big Ten Network they just showed the wrong #11 during their whole segment on Micah Parsons?

And that’s why you stay with @PennStateFball and don’t enter the transfer portal! Great work by Jahan Dotson off the scoop and throw by Levis! #WeAre #RUvsPSU

Anyone plan on covering Jahan Dotson?