Before we dive into the Penn State 2017 Preview and Prediction guide, it’s natural to reflect on the historic 2016 campaign as a springboard into this year. After the blowout loss at Michigan, the Lions reeled off 9 straight wins and a conference championship before falling just short in the Rose Bowl.

For many fans, the initial heartbreak of a last-second, [basically] road loss quickly melted into sheer admiration for a program who endured unprecedented adversity, and a coach who began his tenure with an arm tied behind his back in the form of reduced scholarship sanctions. Their championship season was the definitive period at the end of a very long sentence.

The only remaining question becomes: how do they follow that? The Nittany Lions have a legitimate chance to win each game for the first time since 2008. Here is PSU Zone’s game-by-game prediction for Penn State’s upcoming season.

The Zips used to be frustrating to play, in the Luke Getsy MAC title days of the mid-2000s. This year, I expect an obedient warm-up opponent to get the wheels turning on the season. It will be very interesting to see who starts at WR to open the year. 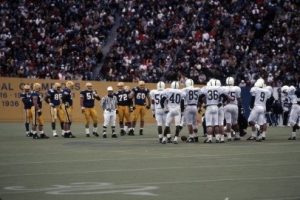 This game feels a lot like Notre Dame 2007 (Jimmy Clausen game). The fans have been rabidly anticipating this rematch since the moment the 2016 game ended. Penn State should have won, and a dropped TD by Daesean Hamilton cost Penn State the chance to play Clemson (blessing?) in the CFP. Coach Franklin will have the troops focused, ready, and motivated to put the silly debate about whether Pitt is a rival to bed. No more “haven’t won since LaVar”, 12-0 or “we prevented you from making the playoff”. No more.

Now that the Big Ten has moved to 9 conference games, every 2 years its members travel to five conference road games. To ensure the 7 home game slate is maintained, we get Georgia State (or similar) every second year.

I do not like playing at Iowa. Everyone remembers Daniel Murray and the broken heaters in 2008. Just ask Michigan their thoughts after last year. But it’s not November, and I don’t think Iowa could keep up with PSU’s offense even once in 100 tries.

Though Penn State has only lost to Indiana once in history, they always seem to be anywhere from slightly annoying to downright nerve-wracking to play. Last year was a good example. But that was a road game, and their defense will never measure up. Even if PSU isn’t perfect, the home crowd, 9 and 26 will be just fine. 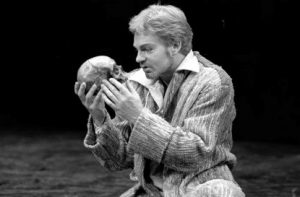 I’ve really started hating the 11am local-time kickoff in Evanston. The first quarter is so quiet you can hear the individual students quietly comparing protagonists of Shakespearean tragedies. Two years ago PSU sleepwalked to a 2-score halftime deficit, came back in the second only to lose at the end. Not so fast this year, thou cream-faced loon Wildcats. State learns its lesson and comes out prepared and ready to go.

“Now it gets serious.” 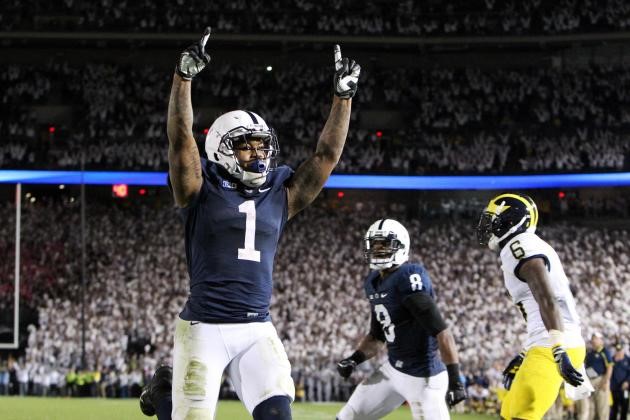 Now it gets serious. Penn State should cruise into the game 6-0, without really breathing heavy. Though Michigan lost a record number of players to the NFL draft, Harbaugh gets the most out of his players in terms of preparation and execution. Coming off a bye week, Michigan gets a quick few jabs in to take an early lead, but Penn State shakes off the rust and irons out the details at halftime to knockout Michigan in the 4th.

“The Horseshoe has been a house of horrors for Penn State” 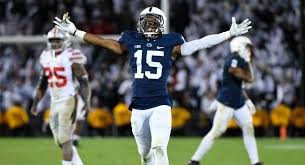 You know the #1 FPI-ranked Buckeyes have this one circled. The epic loss in Happy Valley last year really didn’t cost Ohio State as the made the CFP. But this is a program used to winning, and they are certainly not used to coming in second in a conference division. The Horseshoe has been a house of horrors for Penn State since joining the Big Ten. The Nittany Lions have only won twice there since 1978, and the games are typically blowouts. I believe Buckeye QB J.T. Barrett will continue his regression, and by this time of the season will have lost his starting job. The problem is Ohio State is so deep with talent that they reload each year regardless of personnel turnover. Urban Meyer is one of the best in the business, and they’ll be motivated to win. I predict an epic game and would not at all be surprised if Penn State wins, but I think the Buckeyes will enjoy just enough home cooking to eke out a win.

This has all the indicators of a trap game. I don’t think Michigan State’s 2016 season was a sign of things to come as much as it was a blip on the radar. The Spartans always play good defense, rarely make mistakes and can pull a surprise momentum-changing play if a team isn’t ready. I don’t think the offense is good enough to compete for 4 quarters, but this one will be tricky, but PSU knows how to win. 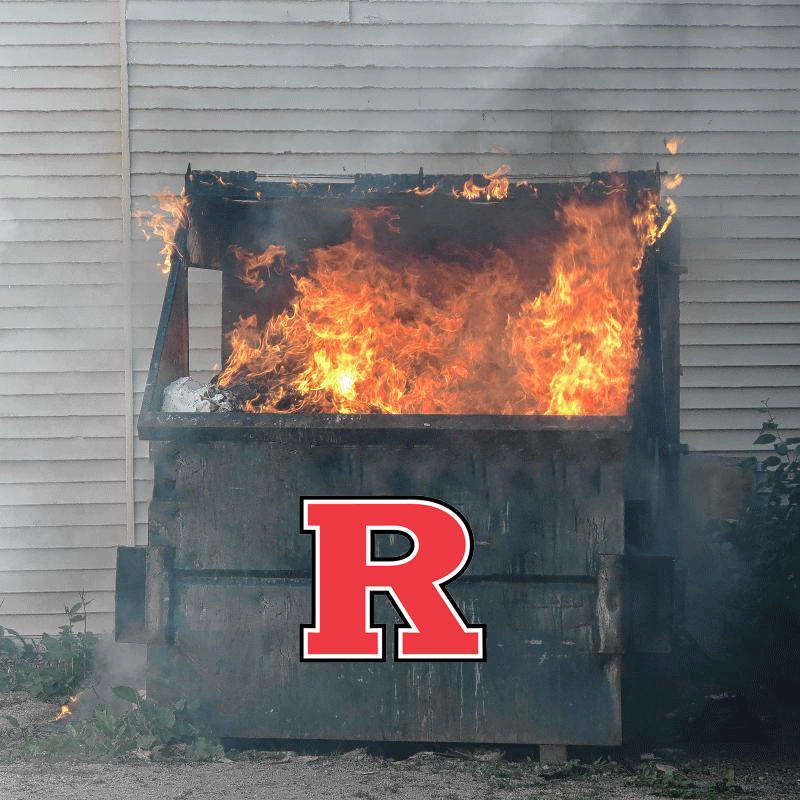 This November game was likely assigned the homecoming game for a few reasons:

‘I expect PSU to exorcise the demons.” 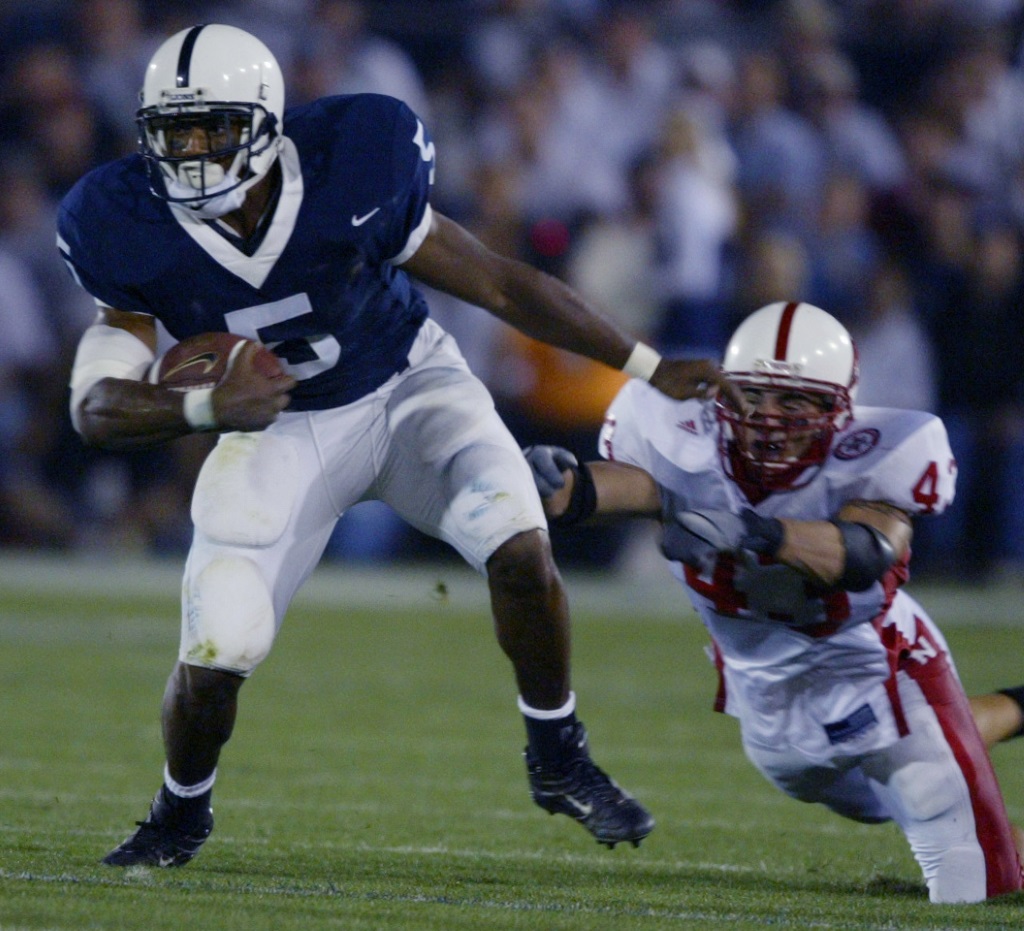 Penn State has only beaten Nebraska once since 1983 (2002 40-7 Larry Johnson/Rich Gardner record-attendance game. I thought Beaver Ave would be fully shut down due to crazy people making poor decisions). They haven’t played since 2013 (the coldest game I can remember AND it went to OT). The Huskers break in a new QB and ended 2016 by losing 4 of the final 6 games. I expect PSU to exorcise the demons.

This game is in danger of being Penn State’s unofficial 8th home game, played 3.5 hours away from Beaver Stadium. It is also Maryland’s senior day, against a team they would love to beat. That should be worth 2 touchdowns. I’m willing to shake on it.

It will be another fun year to be a Penn State fan, and injuries and unforeseen events could certainly derail the season. But even if Penn State drops the game at Michigan State (or other), 10-2 would be good enough to get a New Year’s 6 bowl. My prediction, though, is that a 2-loss Wisconsin will beat Ohio State in the Big Ten title game, and 11-1 Penn State is selected to the College Football Playoff, with a game against #1 Alabama as one of the semifinals. Beyond that…well, that’s why they play the games.

We hope you enjoyed the ‘Penn State 2017 Preview & Prediction Guide’. Agree? Disagree? Feel free to comment your opinions below and join our community to post your own preview and predictions for the upcoming season!