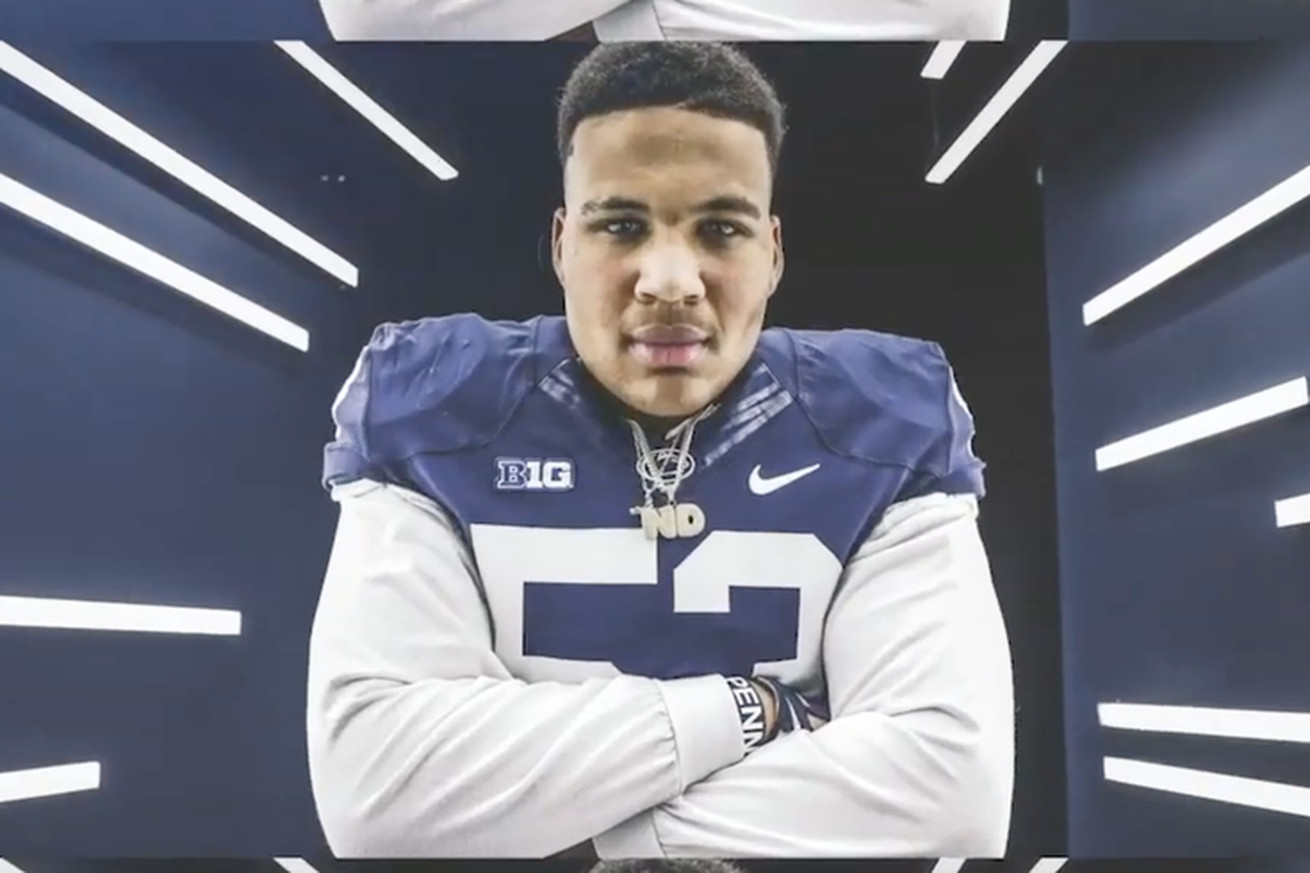 It’s the first day of July everybody! That means we are only 66 days away from the start of the Penn State football season.

A graduate of Parkland High School in Allentown, Pennsylvania, offensive lineman Nick Dawkins was an early commitment in the Nittany Lions 2020 recruiting class, committing all the way back in April of 2019. He was a three-star recruit and a top-10 player in the Keystone State. He was part of Penn State’s early enrollee class this past winter.

As seen in the video below, Nick, the son of the late NBA legend Darryl “Chocolate Thunder” Dawkins will now look to create his own legacy starting in Happy Valley but will also look to carry on his father’s legacy.

Only 66 days until Penn State Football!