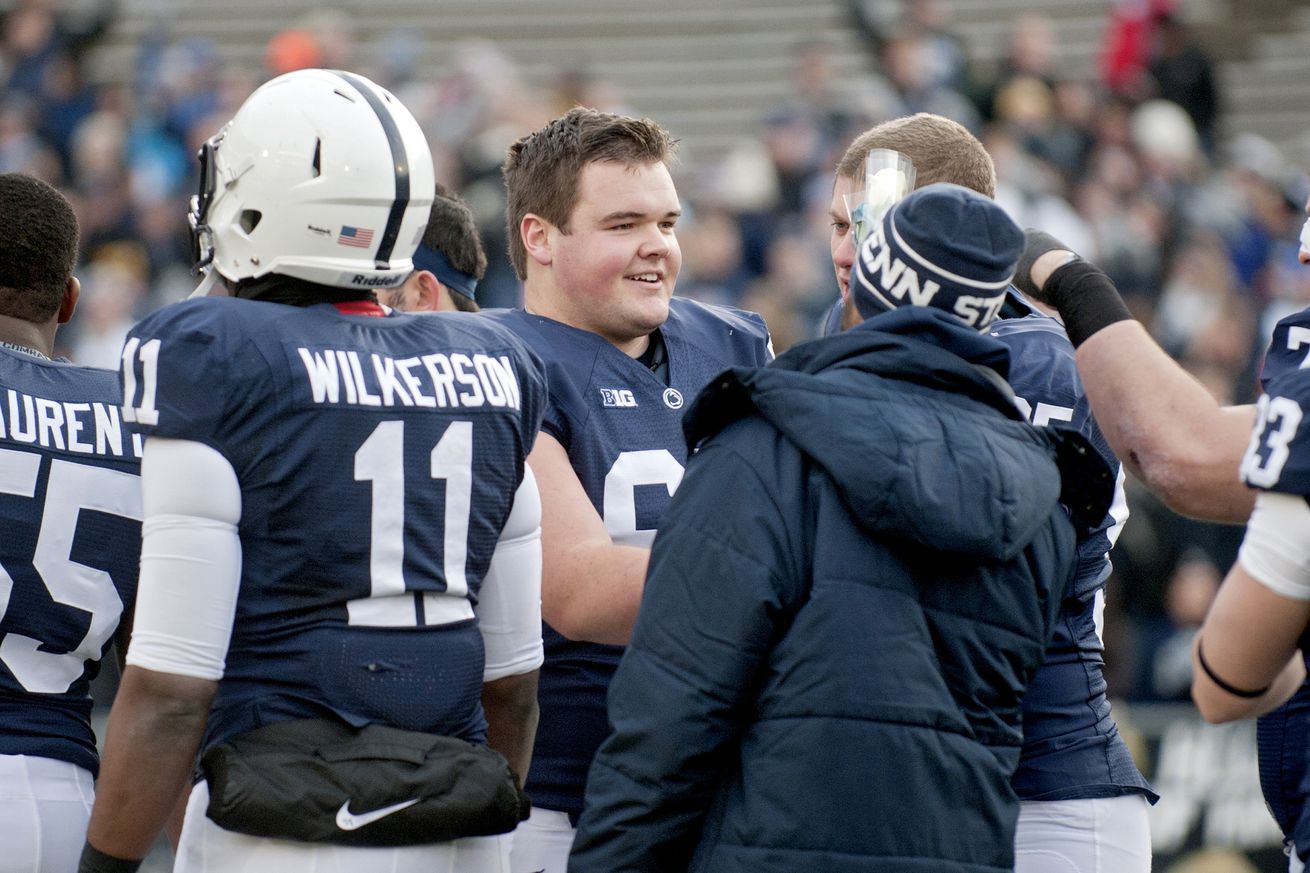 One day closer to some good ole’ Penn State football!

As we continue our countdown to Penn State football, we highlight letterman and fan favorite Miles Dieffenbach, as there are no current Nittany Lions wearing the No. 65 jersey.

Dieffenbach, a four-star offensive line recruit in the 2010 recruiting class, was an important and integral member of the Nittany Lions from 2012 to 2014. Following his Penn State career, he landed an invite to rookie camp and training camp with the Pittsburgh Steelers in the spring and summer of 2015.

The best story regarding Dieffenbach however, is of course his victorious cancer battle over Non-Hodgkins Lymphoma in mid-2018. Miles remains healthy and is currently working as a investment analyst for Carnegie Mellon.

Only 65 days to go until Penn State football!