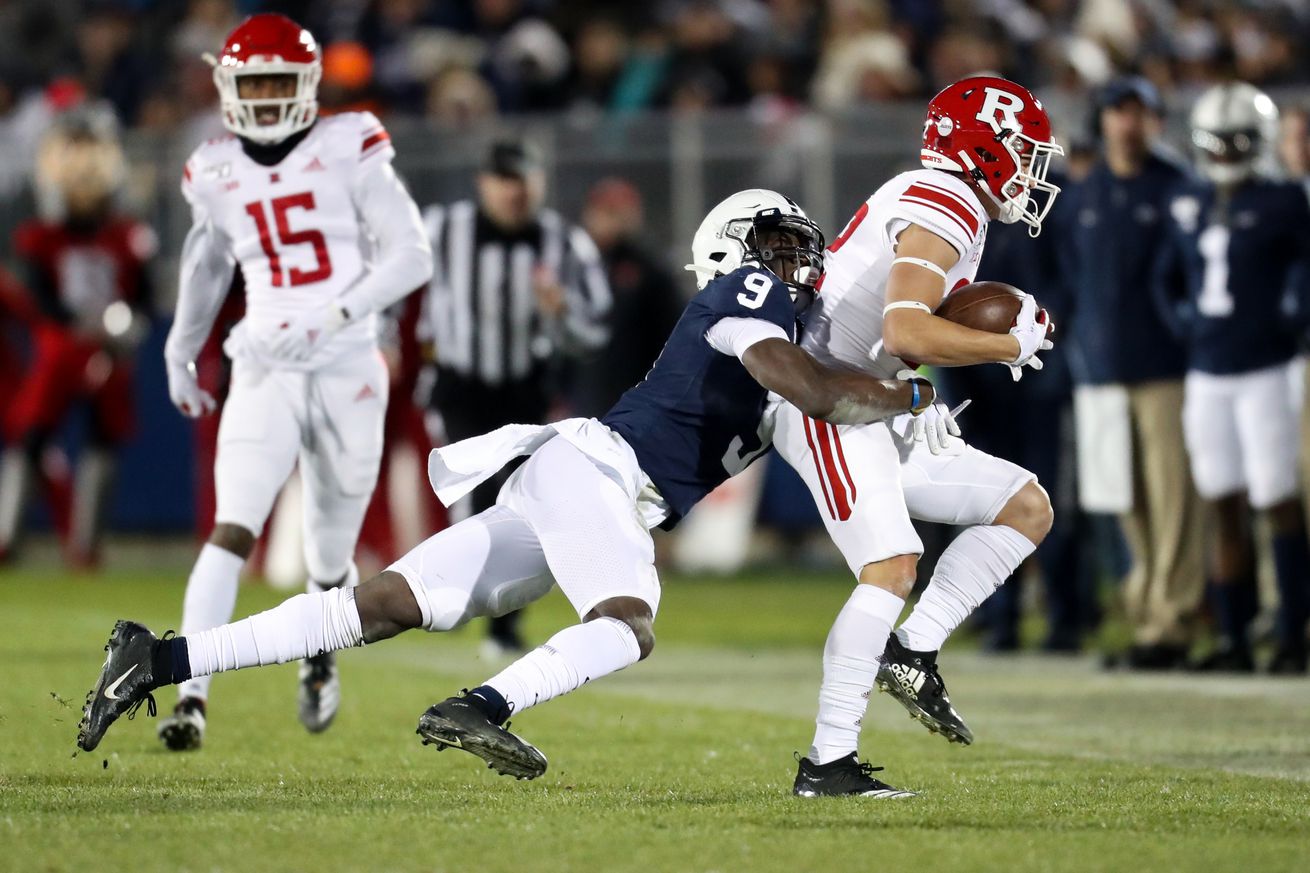 Joey Porter Jr. may currently be known mostly as the son of the former Pittsburgh Steelers star, but by the end of this upcoming season, he could be known for being one of several key players in the Penn State secondary. At 6’2” he is tall for a cornerback, and also has long arms, giving him an edge in one-on-one situations where a pass is thrown up with the opposing quarterback relying on his receiver to make a play on the ball.

After garnering a pass breakup and three tackles last season in his redshirt year, look for JPJ to carve out a bigger role in 2020 as part of the cornerback rotation.

Quarterback Taquan Roberson rocks the No. 9 jersey for the offense. As a true freshman last year, he found himself being named the coaching staff’s Developmental Squad Offensive Player of the Week four different times. He even saw some game action in garbage time in the regular season finale against Rutgers .

With Sean Clifford and Will Levis remaining firmly in the top two spots on the QB depth chart, look for Taquan to continue to build upon his solid performances as a member of the scout team last year, and perhaps see a little more game action in 2020.