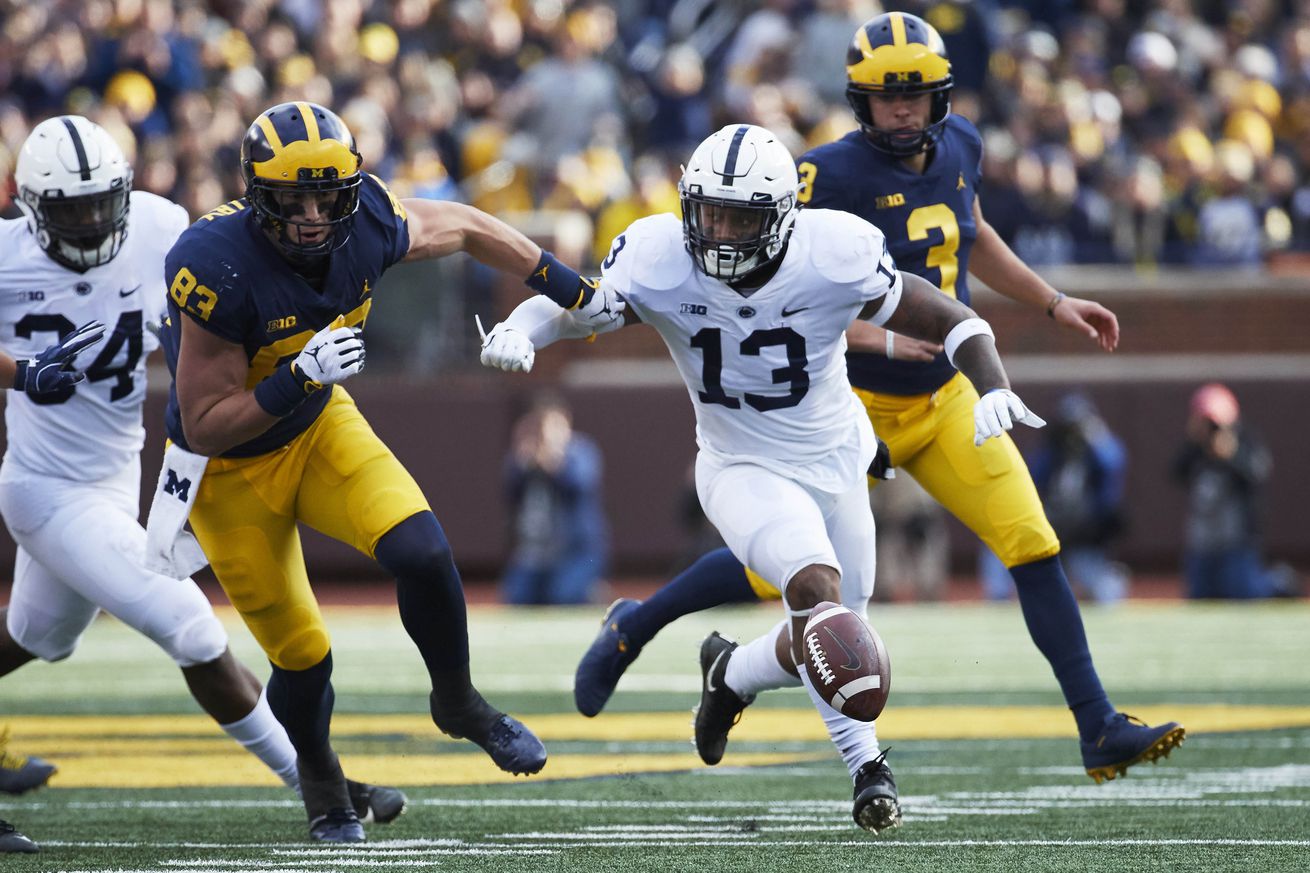 With less than two weeks to go until we get to see some actual live Penn State football again, we honor a key member of the linebacking corps, Ellis Brooks. A former 4-star recruit out of Virginia, Ellis found playing time in each of PSU’s games as a redshirt freshman in 2018, either as a subbing in as the Mike linebacker for Jan Johnson, or as a member of the special teams.

After tallying 30 total tackles (including 1.5 tackles for loss and half a sack), as well as an interception against Illinois last year, expect those numbers to go up in 2019 as Ellis sees more playing time as part of a sturdier linebacker rotation. It is not out of the realm of possibility either, that he may perform well enough to the point where he ends up starting a game or two.

Also rocking the #13 jersey number is true freshman quarterback Michael Johnson Jr. An early enrollee this past January, the former blue-chip QB will be battling with fellow true frosh early enrollee Taquan Roberson for the third string spot behind Will Levis and Sean Clifford. Talented as he is, it will be very shocking if he is not redshirted in 2019, as he continues to develop.