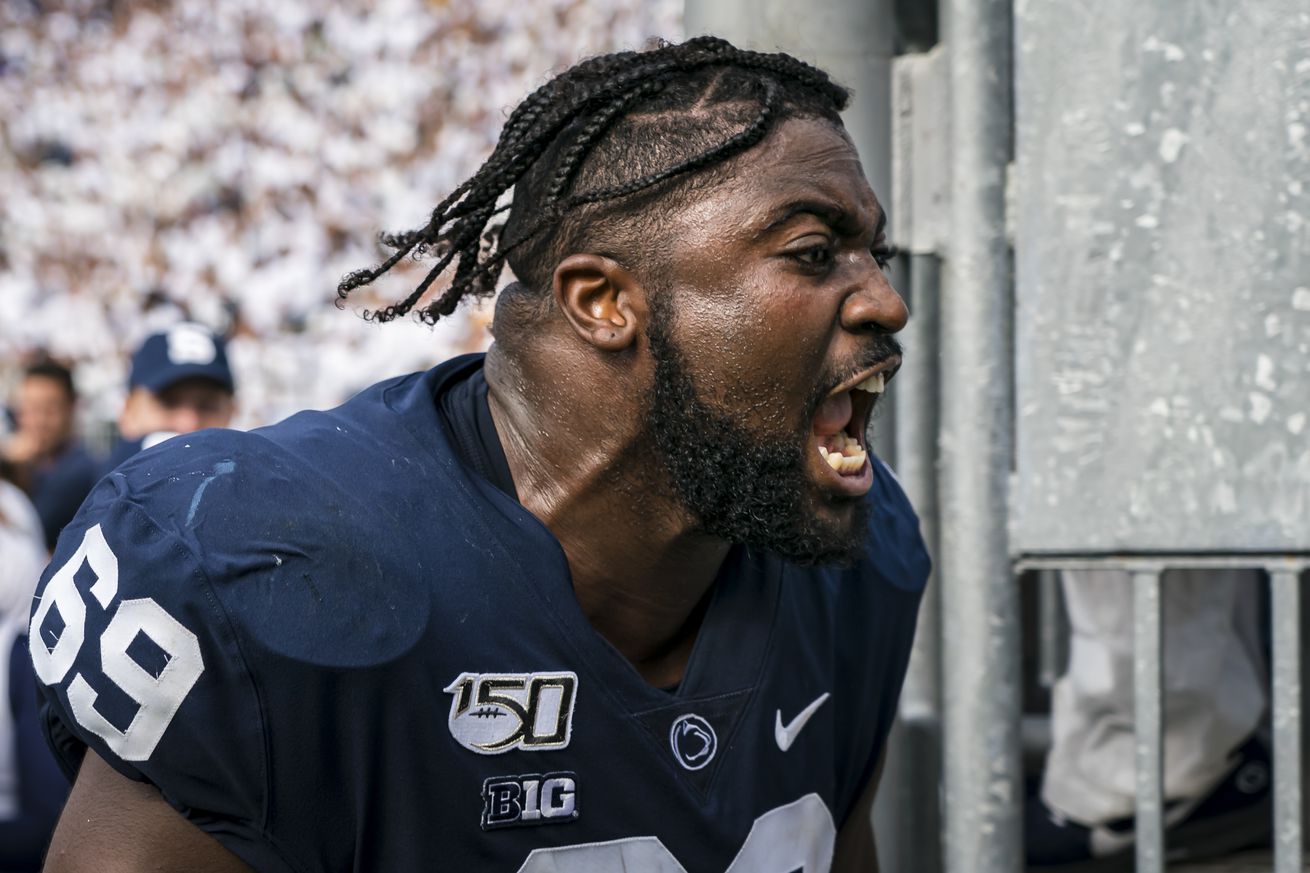 A member of the 2017 recruiting class, Thorpe was one of the Nittany Lions highest offensive lineman commits of the James Franklin era as a four-star prospect and top-100 player out of Central Catholic High School in Pittsburgh, Pennsylvania.

As a true freshman in 2017, Thorpe did not appear in any games but would appear in all of the Nittany Lions’ 13 games in 2018 but not as originally thought. After appearing on special teams in the season opener against Appalachian State, Thorpe made the move to defensive tackle for the rest of the season as the Nittany Lions struggled with injuries and depth at the position.

Last season, Thorpe returned to the offensive line and appeared in all 13 games including making five starts at right guard. This upcoming season, the Pittsburgh native is expected to take over the right guard spot after sharing it with Mike Miranda last season. Miranda has now moved to the left guard position that was left open by Steven Gonzalez who has moved onto the NFL.

Thorpe has always been a highly touted offensive lineman and 2020 could finally be the season that Penn State fans see the 6-foot-3, 328-pound lineman put it all together. Hopefully, he also provides us with more great GIF material as well.

Only 69 days until Penn State football!