Midweek Musings – What Would Your Ideal Coaching Staff Look Like? 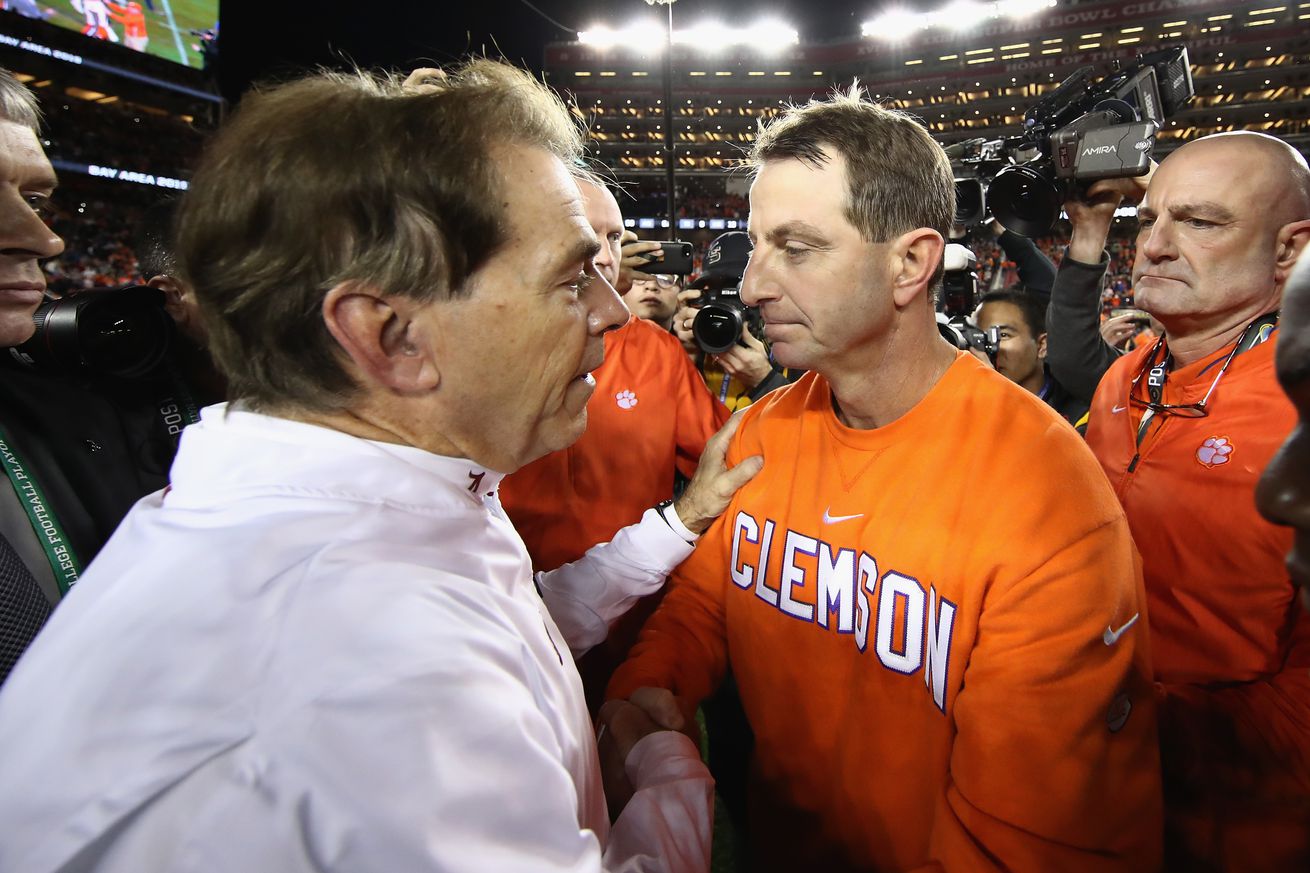 There are a lot of good coaches out there

Midweek Musings has a fairly simple and straightforward question for you this week: if you could put together an all star coaching staff of the nation’s best college football coaches, who would you pick and why?

For this exercise, let’s set forth a few rules:

First, you have an unlimited budget, or enough dirt on various coaches to get them to come play for your school without breaking the bank.

Second, the coaches can’t change positions – if you want Joe Moorhead as your OC, too bad, he can only join your team as HC.

Third, these are the positions that need to be filled:

Yes, there are a whole bunch of other positions out there, including quarterbacks, wide receivers, linebackers, and secondary coaches. Not to mention recruiting coordinators and all sorts of various support coaches. But let’s keep it fairly high level here, and try to hit some of the highlights.

For my money, here’s how my coaching staff would shake out:

So what do you think? How does my coaching staff look, and who would you have instead?