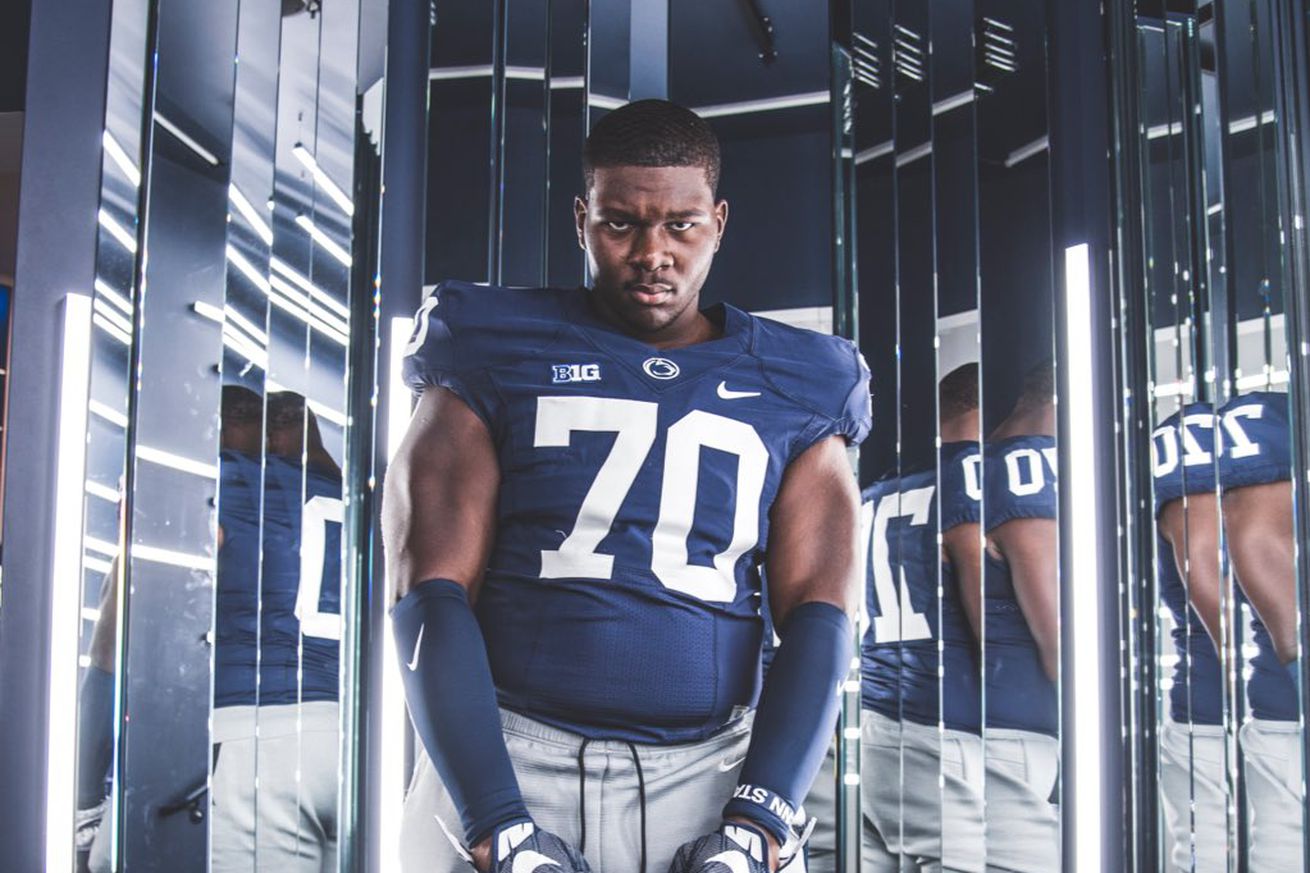 BSD’s recruiting staff sat down for a roundtable on each prospect Penn State signed in the 2020 class. Coming in at No. 12 was three-star OG Golden Israel-Achumba.

What makes you excited about Golden Israel-Achumba?

“I talked about my affinity for Israel-Achumba in our BSD Roundtable during the first national signing day, saying that he’s the offensive player that excites me the most. Basically, there are few players in the country that combine size, strength, mobility, and coordination the way Israel-Achumba does. Like a lot of high school OLs, he’ll need some refinement in pass protection, but even there, he showed good progression between his junior and season season. I really think he way outproduces his three-star rating.” –Patrick

What worries you about Golden Israel-Achumba?

“Golden is a big, strong, mean dude. That said, there are reasons to be concerned about his pass protection. Also, any time an offensive lineman is the size of Golden there will always be concerns about their footwork and agility.” –Marty

Do you think Golden Israel-Achumba will be redshirted next season? Around what point of his career do you think he pushes for meaningful playing time?

“As we’ve said with all the offensive linemen: yes. Achumba won’t see the field until at least 2022.” –Clay

What is your projection for Golden Achumba: depth provider, starter, multi-year starter, all-conference, or all-american?

Clay: Multi-year starter. Achumba is big and strong and nasty. Once he gets his body into the right shape and Phil Trautwein can hone his technique, he could be a mauler.

Lastly, where do you have Golden Achumba ranked in Penn State’s class?