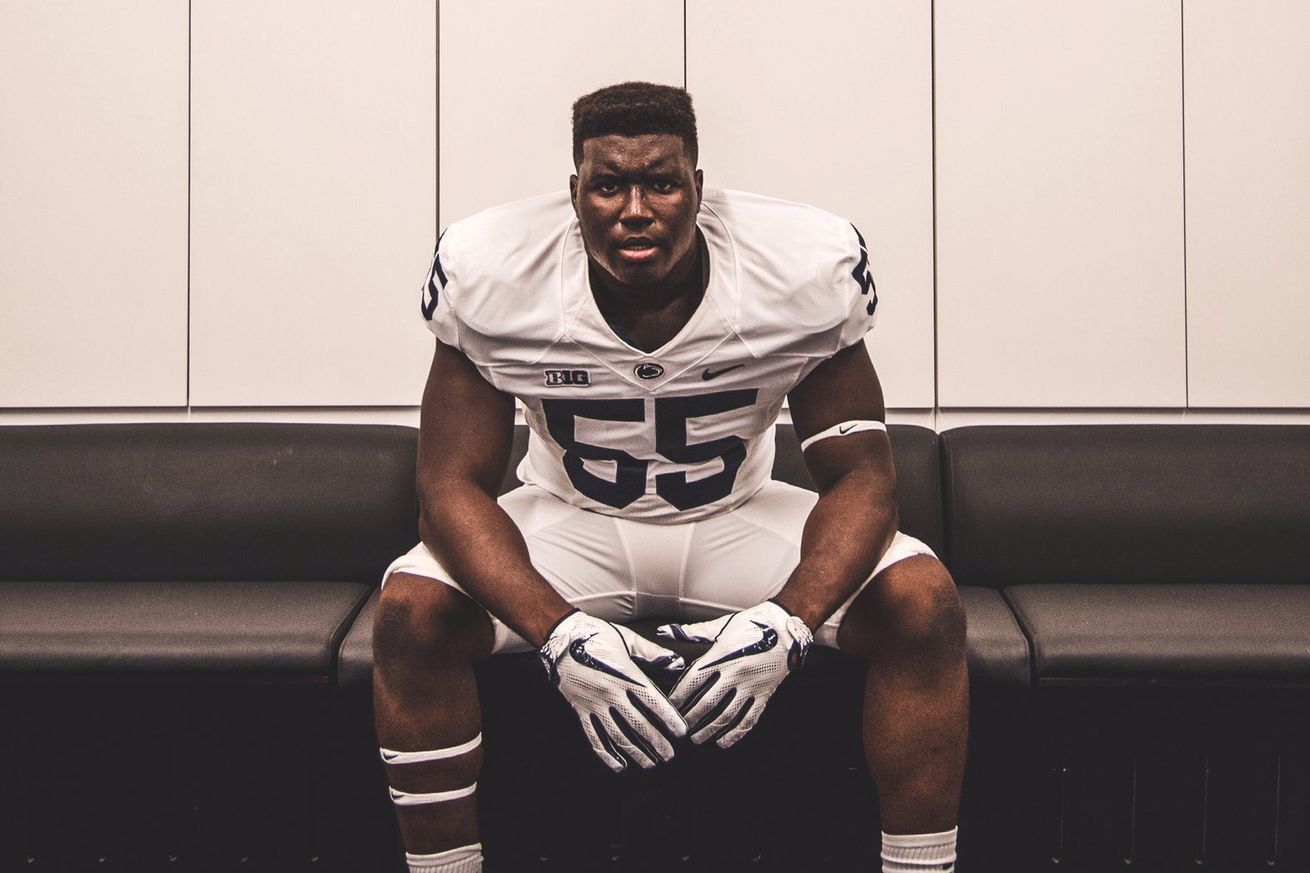 BSD’s recruiting staff sat down for a roundtable on each prospect Penn State signed in the 2020 class. Coming in at No. 14 was three-star defensive tackle Fatorma Mulbah.

What makes you excited about Fatorma Mulbah?

“Other than the fact that he graduated from my high school? Mulbah is a freak athlete that you’ll hear all about in the weight room. His numbers are similar to Ohio State defensive end Tyreke Smith who was nearly a Nittany Lion himself. Mulbah is a long way from reaching his potential, but if he does so…” –Clay

What worries you about Fatorma Mulbah?

“It’s all about refinement for Mulbah. The burst and athleticism are there, but Mulbah still plays like someone who is new to football — which makes sense since Mulbah didn’t even know what football was five years ago when he arrived in the United States. Still, it’s a valid concern because for as much growth as he showed between his junior and senior seasons, Mulbah still plays a rudimentary game. We’ll see what defensive line coach Sean Spencer can do, because if Mulbah reaches his potential, he’s a game-changer.” –Patrick

Do you think Fatorma Mulbah will be redshirted next season? Around what point of his career do you think he pushes for meaningful playing time?

“Mulbah is already a big, strong dude. He is also explosive off the ball. However, he is still extremely raw and is still new to football. Due to this he will need a few years to learn from Sean Spencer before he is ready to hit the field. But 2-3 years from now, Mulbah could start to round into one heck of a defensive tackle.” –Marty

Clay: Starter. I think it takes a while for Mulbah to reach the top of the depth chart, but when he does he could be a game changer. He’s got Kevin Givens like pop with significantly more size.

Marty: Multi-year starter. Mulbah is a few years away, but his ceiling is as high as any defensive player in this class. If he puts it all together, he could be an All-B1G level performer.

Patrick: Depth provider, but very well could be an All-American. Mulbah might have the highest potential out of anyone in the class.

Lastly, where do you have Fatorma Mulbah ranked in Penn State’s class?