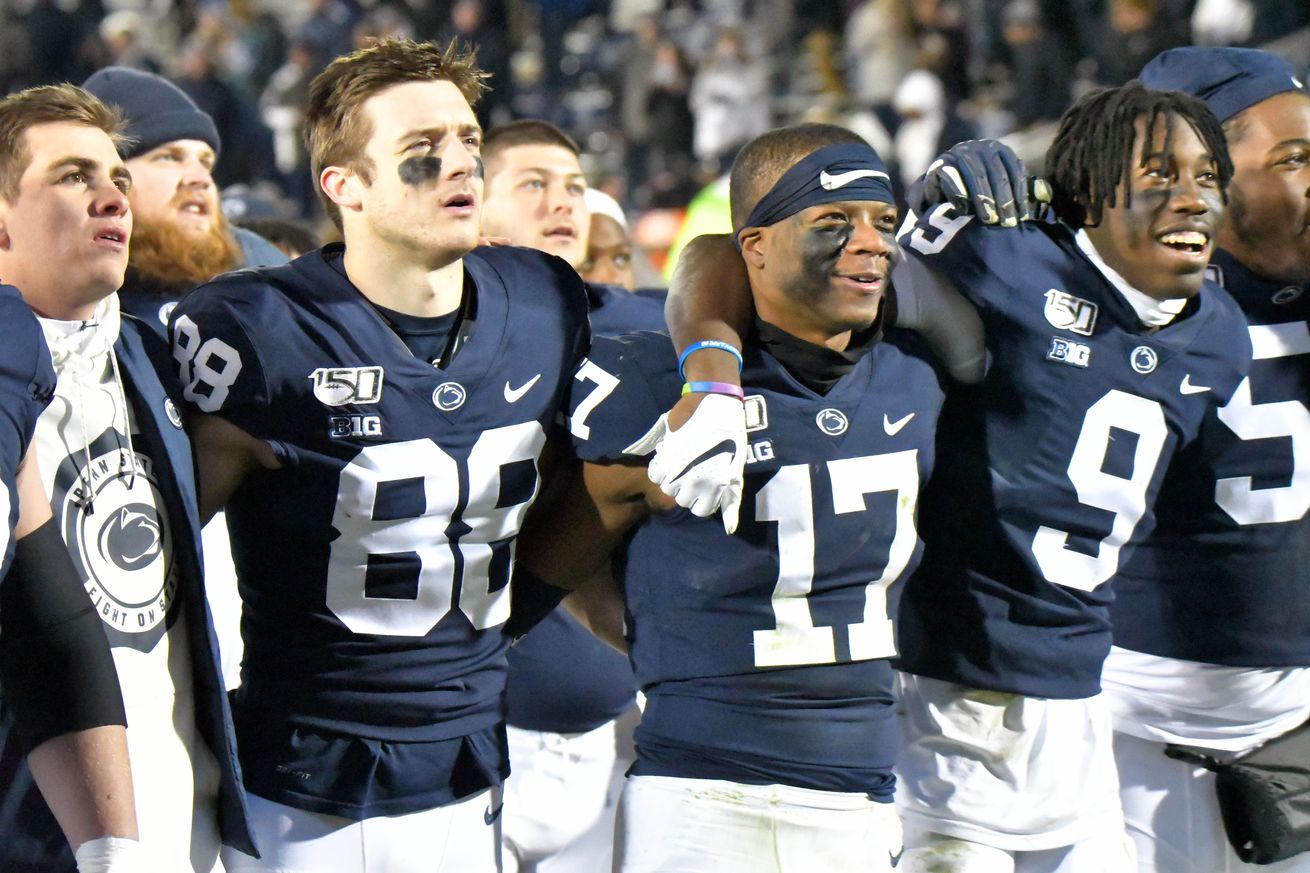 It wasn’t always pretty, but the Nittany Lions earn their 10th victory.

Journey Brown continued his hot streak with his third 100-yard rushing game in the past four weeks, all while playing with a heavy heart.

Will Levis received his first start at quarterback , a learning opportunity that will help the redshirt freshman down the road.

Onward State pays tribute to the 2019 senior class with a look back at some of their most memorable highlights during their time in Happy Valley. Check out what the seniors had to say following an emotional afternoon as they played their final game in Beaver Stadium.

It was far from Penn State’s best effort of the season , but got the job done to finish off the season right.

Jahan Dotson breaks down his spectacular touchdown catch to put the game away for good for the Nittany Lions.

Keaton Ellis talks about his performance , as the true freshman saw plenty of time on Senior Day.

Cam Brown, Robert Windsor and Blake Gillikin reflect on their careers at Penn State. Also, Brown really wants to go back to the Rose Bowl !