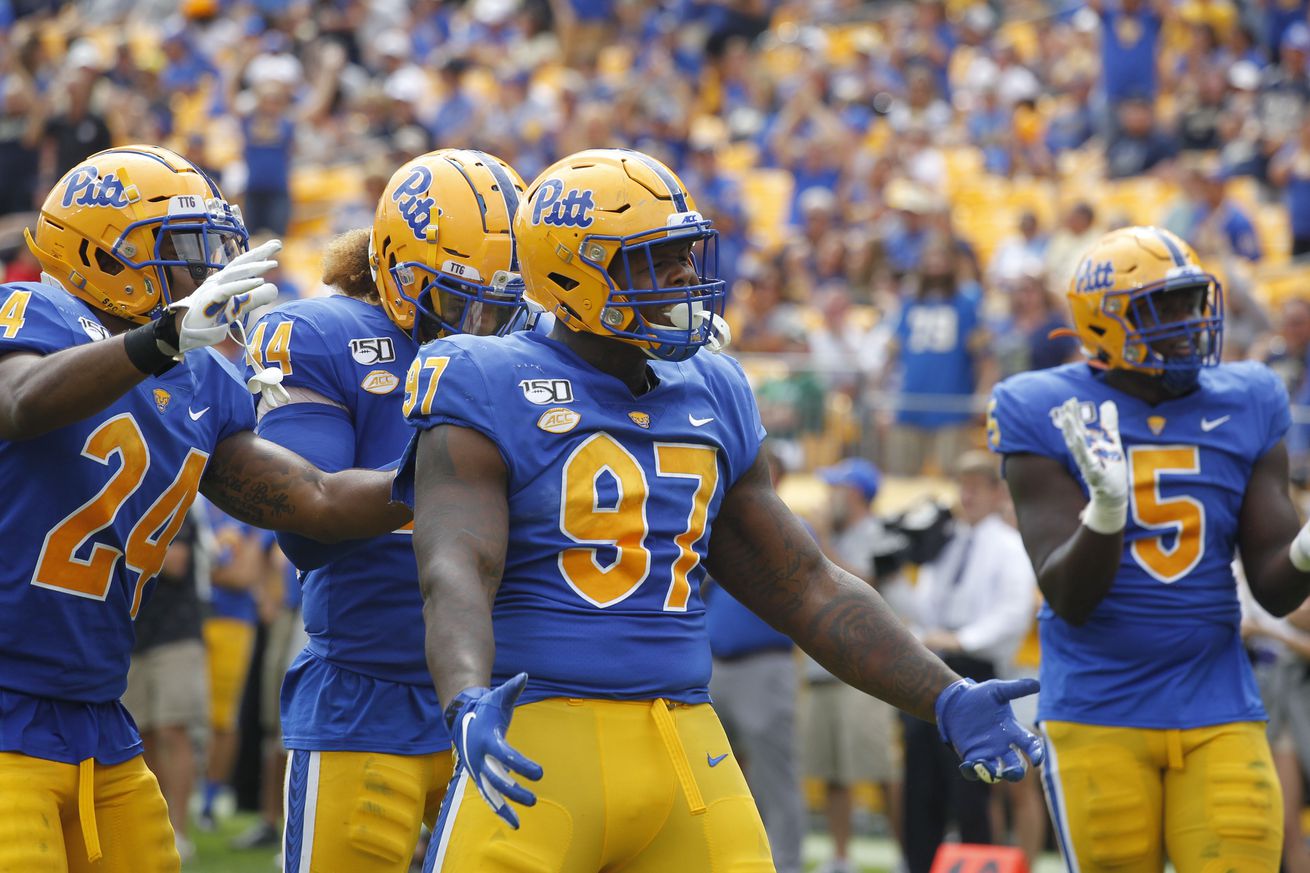 Penn State is looking to take down its in-state competitor from the west one last time….for now.

Conference Titles: 2 (Both while a member of the Big East)

After a break starting in 2000, the series was reignited in 2016 when the Nittany Lions lost to the Panthers 42-39. The game has become notable since, not because of the loss but because Pittsburgh decided to make key chains commemorating their wins. In 2017, the Nittany Lions got their revenge in a 33-14 victory before dominating the Panthers at Heinz Field in 2018 by a final score of 52-6. The Nittany Lions will look to make it three straight on Saturday and enter the game as a 17-point favorites.

Last season, the Panthers despite their best efforts found a way to win the ACC Coastal. The Panthers started their season with a 3-4 record through the first seven weeks but won four straight games in the middle of their season including a win over No.23 Virginia. That being said, they would end their season on a three game losing streak losing to Miami 24-3, Clemson in the ACC Championship Game 42-10 and Stanford in the Sun Bowl by a final of 14-13.

Pittsburgh’s 2019 recruiting class was ranked 58th in the country and 12th in the ACC. Comparatively, Penn State’s class ranked 12th in the nation and second in the Big Ten. The Panthers also saw three players transfer into the program this offseason, all from Power Five programs.

Last weekend, the Panthers took down the Ohio Bobcats 20-10 behind a career passing day from quarterback Kenny Pickett . Pickett in the win, passed for 321-yards and one touchdown in the victory while the Panthers also rushed for 160-yards for the game on 37-carries.

The Panthers have a brand new offensive coordinator in 2019 and it’s former UMass head coach Mark Whipple. Whipple brings his pass heavy offense to the Panthers and is hoping to make quarterback Kenny Pickett one of the top passers in the ACC. The Panthers did lose some talent from last season but return a good deal of talent as well which is lead by Pickett as well as wide receiver Maurice Ffrench .

Through the first two weeks of the season, The Panthers offense has produced so-so results. They are so far averaging 372-yards per game which isn’t horrible but doesn’t make them a dangerous offense either by any means. In terms of points scored, the Panthers have scored just 34 points this season including just 10 against the Virginia Cavaliers in their first week of the season.

Quarterback Kenny Pickett is still adjusting to being in a pass heavy offense, He’s completed 39-of-66 passing attempts for 509-yards. He has thrown one touchdown pass as well as one interception. He has a slightly higher yards per completion number this season than he has in the past at 7.7. That all being said, Pickett through the first two games does not seem like a big passing threat against most opponents.

The Panthers running back situation was a big question mark coming into the season but through the first two weeks, it’s evident that they’re rushing attack is going to be weaker in 2019 than it has in the past. Currently, their leading rusher is A.J Davis who has 114-yards on 21-attempts. As a team, they’re struggling to pick up yardage through the first two games with a 3.6 average in yards per carry.

At wide receiver, returning starter Maurice French is by far the Panthers top receiving option with 16 receptions already on the season. With those 16 receptions, he’s gained a total of 192-yards including a long of 74-yards. He’s also scored one touchdown on the season. Indiana transfer Taysir Mack is also off to a good start with nine receptions for 90-yards. Running back AJ Davis has shown to be a receiving threat as well with 72-yards on just three receptions.

A pair of former Penn State targets lead the way on defense for the Panthers as cornerback Damar Hamlin and safety Paris Ford lead the team in tackles with 10 and 9 so far respectively.

The Panthers defensively have been strong on the ground this season, allowing just 82-yards per game. That doesn’t bode well for a Penn State team who’s rushing attack has gotten off to a slow start in 2019. Expect the Panthers to stack the box early and often against Penn State on Saturday, it will be up to quarterback Sean Clifford to change that during the course of the game.

In the air, the Panthers defense has done pretty well, allowing 179-yards per game so far this season. The Panthers secondary does have two future NFL players on it in Damar Hamlin and Paris Ford but there are depth issues within their secondary that Penn State will look to expose on Saturday.

The Pittsburgh defense certainly remembers what Penn State did to them last year and will be playing hard on Saturday in hopes of wiping away that memory.

Place kicker Alex Kessman is off to an okay start this season, hitting all four of his extra point attempts but making just two of four field goal attempts. Sophomore Kirk Christodoulou is off to a tremendous start however with eight punts for 353-yards, an average of 44.1 yards per punt.

The Panthers return game so far this season hasn’t shown much but mostly due to a lack of opportunities. They have just two kick off returns this season for a total of 26-yards. In the punt return Maurice Ffrench is handling the duties with eight returns for just 25-yards.