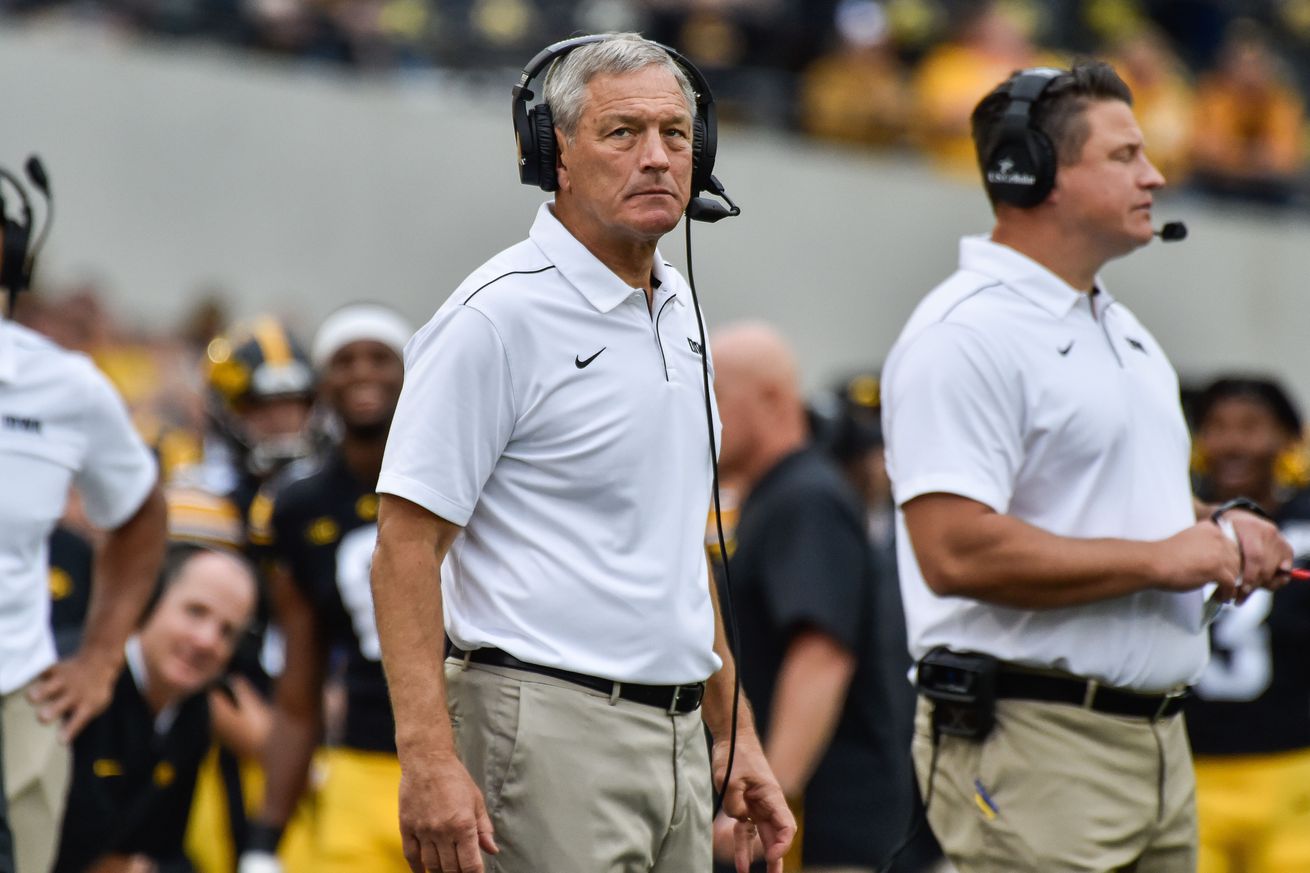 Penn State is 2-0 in Big Ten play and 5-0 on the season but will face their biggest test of the season so far this upcoming weekend against the Iowa Hawkeyes .

Saturday night’s matchup between Penn State and Iowa will mark the 30th meeting between the two schools, the first one coming all the way back in 1930. In that ignagural matchup, the Hawkeyes defeated the Nittany Lions 19-0. Since then, it’s been a rather back-and-forth series with both school sharing a few winning streaks along the way.

The series between the two really took off in 1993 when Penn State joined the Big Ten. Since then, the two schools have met 19 times. After defeating the Hawkeyes in each of their first three meetings as conference foes, the Hawkeyes went on a 9-2 run against the Nittany Lions from 1996 to 2010. Since 2011, however, Penn State has come out on top in each of the last five meetings including two wins in Iowa City (2012, 2017).

The Hawkeyes last year had quite the up-and-down season but overall were one of the better teams in the Big Ten during a down season for the conference. The Hawkeyes started the season off hot, winning six of their first seven games with their lone loss coming against Wisconsin. However, down the stretch, they struggled dropping three straight in late -October to mid-November including a 30-24 loss to Penn State. After their three-game losing streak, they found themselves at 6-4 on the season but were able to win their last three, beating Illinois and Nebraska to cap off their regular season before defeating Mississippi State in the Outback Bowl.

What they did last week: 10-3 loss to Michigan

Last week, Iowa traveled to The Big House to take on the Michigan Wolverines . It was a classic Big Ten slobberknocker with both teams totaling under 275-yards for the game and just 13 points.

The Hawkeyes defense did great against a struggling Michigan offense, keeping the Wolverines to 267 total yards. They allowed Michigan quarterback Shea Patterson to pass for 147-yards on 14-of-26 passing. That being said, the Hawkeyes did allow one major receiving play when Patterson hit wide receiver Nico Collins for a 51-yard gain. That pass helped set up Michigan’s lone touchdown that put the Wolverines up 10-3. On the ground, the Hawkeyes allowed 120-yards over 33 Michigan carries.

Offensively, it was a struggle for Iowa as the Hawkeyes managed just three points and 261-yards. In the box score, all 261-yards came through the air as the Hawkeyes technically rushed for one yard on 30 carries. In reality, the Hawkeyes actually ran the ball 22 times for 66-yards. What hurt the Hawkeyes last week against Michigan was the fact that quarterback Nate Stanley was sacked eight times for -65 yards as the Wolverines racked up eight sacks and 13 tackles for a loss. That’s bad news for the Hawkeyes entering this week as Penn State has averaged five sacks and 10.5 tackles for a loss per game this season.

The Iowa offense in 2019 is about as one would expect. Their an offense that isn’t overpowering but they can still get the job done. So far this season, they’ve seen most of their yards in 2019 through the air with Nate Stanley completing 61.9% of his passes for 1,225-yards and eight touchdowns. That being said, he has also thrown three interceptions so far this season.

The Hawkeyes top receiving threat this season has been junior wide out Ihmir Smith-Marsette . Marsette, a native of Newark, New Jersey, has 19 receptions this season for 314-yards and three touchdowns. Against the Wolverines, he had four receptions for 60-yards. So far this season, he’s had at least three receptions in each game and at least 35-yards. Other wide receivers to know include junior Brandon Smith (17 receptions, 215-yards, 3 TD), and freshman Nico Ragaini (17 receptions, 194 yards).

The Iowa offensive line this season hasn’t exactly been stellar in the pass rush. The Hawkeyes have allowed 14 sacks for a total of 129-yards, an average of 9.2 yards per sack.

On the ground, the Hawkeyes are not as dangerous as they’ve been in past seasons but are still a potent running team. The Hawekeys this season has rushed for 871-yards on 198-carries this season, an average of 4.4 yards per carry. Their leading rusher on the season is junior Mekhi Sargent. Sargent has 61 carries this season for 311-yards and two touchdown.

Running backs Toren Young and Tyler Goodson are also two backs that have seen their fair share of carries this season with 41 and 40 carries respectively. Young , a junior from Madison, Wisconsin has 41 carries for 291-yards and a touchdown while Goodson has carried the ball 40 times for 217-yards.

Defensively, the Hawkeyes are one of the best in the country so far this season, allowing just 8.8 points per game. That puts them as the third ranked defense in the country in scoring. They’re only allowing 255-yards per game this season including just 87.6 yards on the ground.

LB Kristian Welch is the Hawkeyes leading tackler this season, recording 38 tackles over the course of five games. That being said, he hasn’t been a big chaos producer, recording just one tackle for a loss this season. The Hawkeyes leaders when it comes to producing chaos, is sophomore defensive tackle Daviyon Nixon , sophomore linebacker Chauncey Golston , and and junior defensive end A.J Epensesa.

Another player to watch is senior cornerback Geno Stone. Stone this season has recorded 20 tackles but also has one tackle for a loss, one interception, one pass deflection, and one forced fumble. Last year against the Nittany Lions, Stone had a phenomenal game in Beaver Stadium.

The Hawkeyes special teams have been good this season so far. Their return game so far is lacking, averaging just 22.2 yards per kick return and 10.7 yards per punt return. At this point, they won’t seem that dangerous in the return game. Their kicking and punting though has been strong with place kicker Keith Duncan hitting 14-of-14 extra points and hitting 11-of-12 field goals. Michael Sleep-Dalton , their punter has done tremendous this year as well, averaging 43.0 yards per punt.