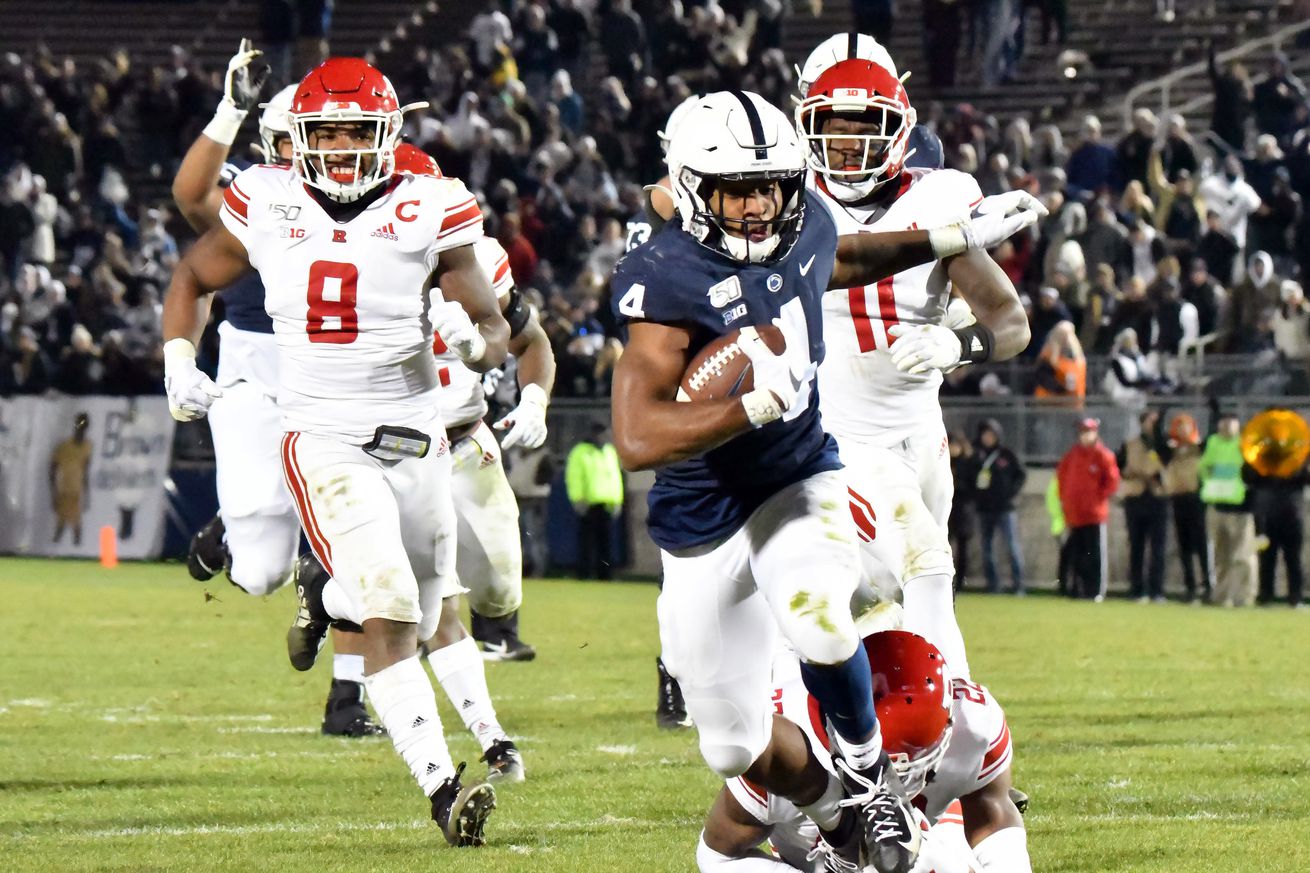 Brown powers his way for another 100-yard day for the Nittany Lions.

You know that post-Thanksgiving feeling – you’re immobile on the sofa after consuming way too much turkey and trimmings, a few cocktails and starting to regret that second piece of pie. You want to at least consider getting up to do something, or at least keep your eyes fixed on the TV to see what creative way the Cowboys will lose this year. But alas, you succumb to that sluggish feeling. That was the feeling for Penn State’s offense most of Saturday afternoon against Rutgers, just kind of stuck in neutral like the rest of us after too much merriment during the holiday weekend.

That would be besides Journey Brown of course, who has suddenly developed into Penn State’s most consistent source of offense during the second half of the season. Brown reached the 100-yard rushing mark for the third time in the last four games, and for the fourth game this season. He was a mainstay for the offense throughout the afternoon, averaging 6.4 yards per carry while making sure the Nittany Lions would put away the Scarlet Knights to earn victory number 10 of the regular season.

Brown kicked off the scoring with a two-yard strike on a drive he carried along with Will Levis ’ legs. He got things going again at the start of the second half, capping off a three-play drive with and 18 yard touchdown run, putting Penn State ahead 13-3 following a missed extra point. He put an exclamation point on the day with a 33-yard run that came up just short of the goal line. Two plays later, Brown finished the job with a one-yard touchdown run to put the game away for good.

Brown has more than proven himself in the four-game stretch following the second bye. He will no doubt play a major role from the get-go in 2020, setting up for what should be an extremely productive redshirt junior season.

Some made unforgettable plays in front of 107,000 screaming fans, some will be playing on Sundays next year, some never rose above the rank of the practice squad, and some had their careers cut short from circumstances out of their control. However their individual careers panned out, all played a vital role during an overall incredibly successful time in Happy Valley, while accomplishing something that only a minute percentage of football players can ever dream of.