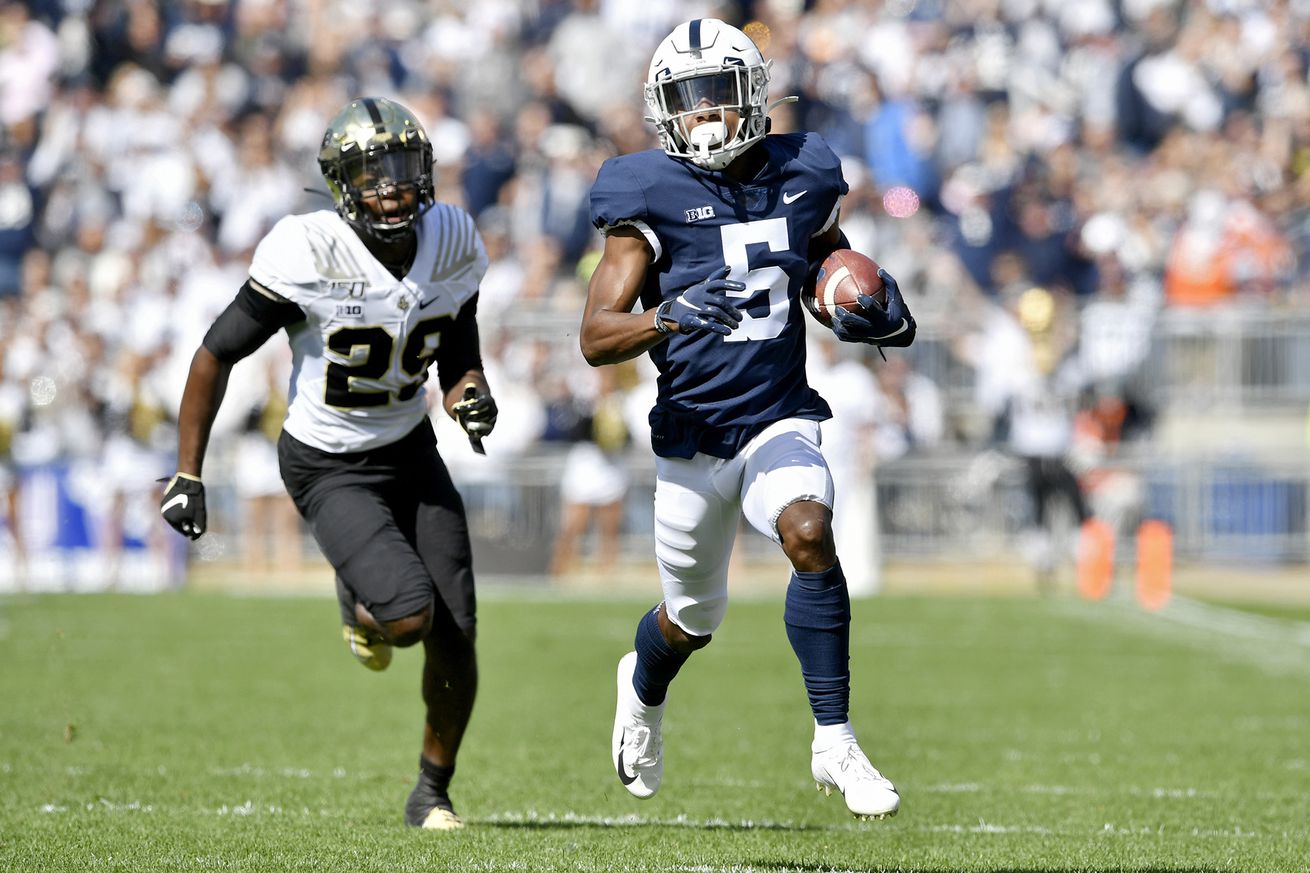 Some nice work downfield turned a big play into a touchdown.

On the third possession of the game for Penn State on Saturday, Jahan Dotson caught a pass over the middle and ran it in for a 72-yard touchdown. It was a nice catch and Dotson made a safety miss, but without some help from his fellow wideouts, he may not have gotten to the end zone.

At the start of the play, KJ Hamler was lined up in the right slot with Jahan Dotson split outside. Hamler ran a clear out route straight down the field, drawing the attention of the safety. Dotson cut inside and Sean Clifford delivered the ball over the linebacker’s head.

It was a great move by Dotson to get clear of the safety but backside pursuit likely would have caught him short of the end zone were it not for the help of his two downfield blocking end zone Sherpas.

If you watch the cornerback from the opposite side, Kenneth Major (2) initially had a pursuit angle that would have caught Dotson at around the 35 yard line. Big redshirt freshman receiver Daniel George (11) got his 6-foot-2 inch and 220-pound frame between Major and Dotson. Major didn’t give up, adjusting his angle to outrun George and meet Dotson somewhere around the 15. KJ Hamler stepped between Dotson and Major to seal the deal for the touchdown.

It was quite an effort, and a necessary one, by KJ Hamler. He came all the way across the field, got in front of the defender, and made the block clean. Any hesitation from Hamler and he likely would not have gotten to the right spot. So many times Hamler is the one that the play is choreographed to get the ball and the other ten players have to do their job to make it happen. On this play, Hamler played a key supporting role.

You have to give Major a lot of credit for following Dotson from the far outside right side of the field all the way down the left side of the field. Sure, it was his assignment, but he had to fight through one of his own players and two PSU defenders to try to make the play.

So many times the difference between a big play and one that could have gone to the house is the effort given by wide receivers maintaining their blocks. It also goes a long way in the locker room when a star player such as Hamler gives maximum effort in a play that is not thrown to him.

We often see someone making this type of block when the play comes to their side, as Daniel George did once he realized Dotson was coming his way. Seldom does a player run from the opposite side of the field to make such a play. Good work Mr. Hamler, you are a playmaker even when you don’t have the ball in your hands. Your unselfishness will rub off on your teammates.