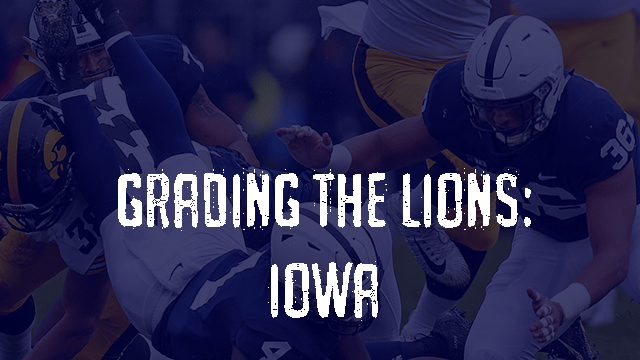 After two losses and a win over Indiana that felt like a loss, Penn State returned to Beaver Stadium for an interdivisional clash with Iowa. A wild first half that saw two safeties and a typically “Iowa” way to get to 14 points set the stage for another second half that saw Penn State dig deep finish a close game. Here are the grades for the gritty, 30-24 win over the Hawkeyes. 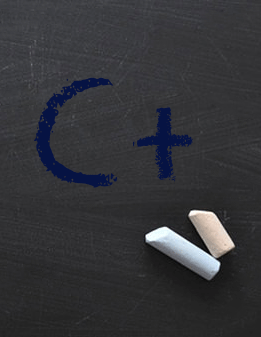 In the season preview, PSU Zone predicted Penn State would win 27-17. Poor tackling again plagued the Nittany Lions, with linebackers and safeties repeatedly tackling the shoulders, not the legs, of the runners. At this point in the season, this is the identity of the defense: good individual athletes with lacking fundamentals. A bright spot was two [caught] interceptions, where earlier in the season the defensive backs dropped potential turnovers. The line did not allow a 100-yard rusher, and had 3 sacks on the game. The tackling has to improve entering the Big House for the Lions to topple Michigan next week. The defense was aided by the anemic 13.2 QBR from Iowa QB Nate Stanley, and the Iowa offense itself only scored six points, the first three aided by a Penn State turnover. The lone touchdown was the result of a fourth down trick play when the punter threw it to a defensive back. But it took a Nick Scott interception to seal the game after Penn State nearly gave away the game in the fourth quarter again.

Gross-Matos again led the team in tackles, adding another 2 sacks and four total tackles for loss on the game.

K Jake Pinegar broke his career long for field goals, then broke it again later in the game. KJ Hamler had a 67-yard return, but the real story was the abhorrent punting. The game started with P Blake Gillikin dropping a punt, only to collect the ball and have the punt blocked for a safety. An airmailed snap out of the back of the end zone led to another safety. Gillikin performed better in the second half, but a historically bad first half made the game closer than it should have been. Fortunately, Iowa’s putrid offense left many points on the table when building a 12-0 lead, and the Nittany Lions were able to close the gap quickly. 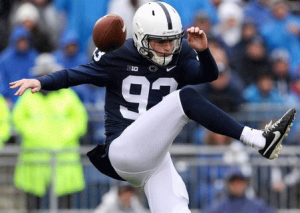 Pinegar is having a Sam Ficken-like season, looking very shaky in the early games but steadily improving over the season.

Another strange game by the offense. QB Trace McSorley was again the team’s leading rusher with 63 yards (RB Miles Sanders was a yard behind), but the passing game struggled even before McSorley dealt with a knee injury late in the first half. QB Tommy Stevens played well in relief work, despite the coaching staff calling conservative plays with the backup in the game. McSorley showed his moxie again, promptly returning to the game to race for a 51-yard TD run in the third quarter. But he threw a terrible interception that Iowa DB Geno Stone returned for a touchdown to bring the Hawkeyes within a field goal. McSorley has been very inaccurate of late, with a sub-50% completion percentage. His completion caused the receivers to adjust, costing valuable yards-after-catch. Still, McSorley is a winner, and has been guiding his team to win the most recent close games that just a couple weeks ago they were losing. WR KJ Hamler led the team with 96 yards, and TE Pat Freiermuth caught a nice 18-yard touchdown. WR Jahan Dotson had two catches, and was one of only four Penn State receivers to catch a pass, with WR Juwan Johnson noticeably absent. A lousy fumble deep in Iowa territory cost the Lions a sure touchdown that would have put the game away much earlier.

Despite a touch accuracy passing game, McSorley fought through adversity and injury to will Penn State to victory. His 51-yard TD run gave Penn State a lead they would never relinquish.

The missed tackles from Brent Pry’s defense are not acceptable. Penn State defenses are historically known for fundamentally sound, disciplined play. Time after time, defenders tackled Iowa players’ shoulders, yielding 2-3 additional yards per play after initial contact. Ricky Rahne’s offense got conservative late in the game again, and Penn State nearly gave away another game. Rahne has to figure out how to close games out, something we’ve noted all year.

The team came out flat in the wet conditions, and tripped all over themselves while seeing Iowa take a 12-0 lead. The execution and in-game coaching must improve, and that is something that doesn’t seem likely to change this year. Penn State cannot make mistake after mistake next week against Michigan, and they need to clean up the punting game to have a chance to beat the top-5 Wolverines. It’s the same story every game, and until Penn State can sharpen the execution, playcalling, and situational awareness, none of the remaining games except Rutgers appear to be a sure thing.