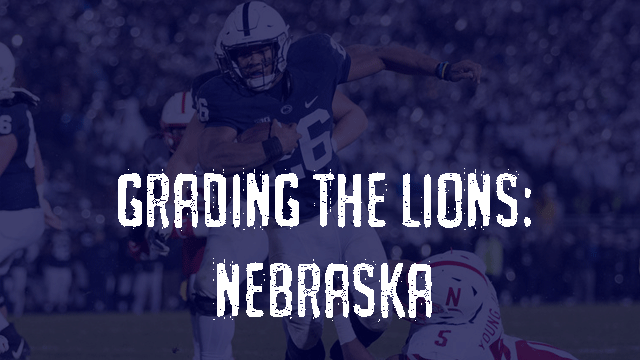 Despite Nebraska defeating Penn State each time the teams have played since the Huskers joined the Big Ten, the Lions entered the game as 26-point favorites. The Black Shirt defense Nebraska boasted years ago is a shell of its former self. A habit of under-achieving has put Nebraska coach Mike Riley firmly on the hot seat, and his team has been dominated by the conference’s best teams. Though they battled back against the Nittany Lions’ second and third string defense, there is no mistaking the fact that Penn State’s top units thoroughly dominated Nebraska.

More accurately, the first string unit gets an A and the reserves get an F. The 1s vs. 1s matchup was not competitive, and the game provides a great opportunity to give reserves and seniors a chance to have extended minutes in the last home game of the year. The Lions held two 32-point leads, first at halftime and again early in the fourth quarter. The defensive reserves then frustratingly allowed Nebraska QB Tanner Lee to march down the field time and again for touchdowns. A unit with two early-season shutouts and still only giving up under 17 points per game (good for 8th in the nation) had to stomach an inept Nebraska team scoring 44 points on its home field. Though it didn’t matter, and the game was a totally dominate blowout, the final score and ease with which Nebraska was able to score late was unsettling. 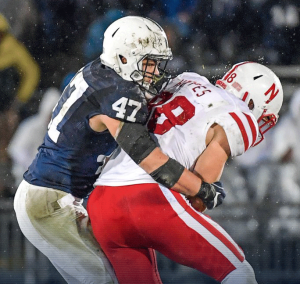 Smith led the team in tackles (including 3 solo) in his final home game. It’s been fun to watch Jason Cabinda and Smith terrorize offenses the last two games.

The special teams again had a pedestrian day, with Brandon Polk turning in a nice 34-yard kick return. Tyler Davis was 8-for-8 on extra points (always a good sign when there are that many attempts) and Blake Gillikin averaged nearly 40 yards per punt on 4 attempts. 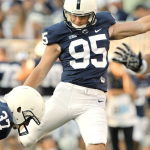 In his final home game, there was no pressure on the senior kicker. Davis was a big reason Penn State’s senior class overachieved the last two seasons, and expanded his role to include kickoffs this year.

Before the game, it felt like Nebraska would be a good opportunity to get the running game firing on all cylinders again after a rough past month. The Cornhuskers have given up over 200 yards per game on the ground, tied for 109th out of 129 FBS teams. RB Saquon Barkley promptly took his first carry 65 yards to the end zone, setting the stage for a 158-yard day to eclipse the 1,000 mark for the season. Trace McSorley had another 300+ yard game, adding three touchdowns against no interceptions. TE Mike Gesicki grabbed two touchdowns in his final home game, capping a great Nittany Lion career himself. After the Lions built their lead, QB Tommy Stevens came in a threw a nice 15-yard touchdown to TE Nick Bowers, and added 31 rushing and 22 rushing yards to his day. WR Juwan Johnson turned in 105 yards to lead the way for the receiving core. When the playmakers get time, Penn State’s offense is hard to stop. It was great to see this unit firing on all cylinders again on senior day.

Saquon likely played his last game in Beaver Stadium. He eclipsed 200 total yards again, and inserted himself back into the Heisman Trophy race. Make no mistake: barring injury, he will declare for the NFL draft. It would make absolutely no sense for him to return. Elite college football players prepare their whole lives to position themselves for as high a draft pick as possible. Barkley is projected to be a top-5 (maybe #1 overall) pick; he should go and we as fans should celebrate with him with thanks. He’s been the best player Penn State has ever had (Ki-Jana Carter and him are a toss-up for best pure RB), and with McSorley one of the biggest reasons Penn State is all the way back, far ahead of schedule. 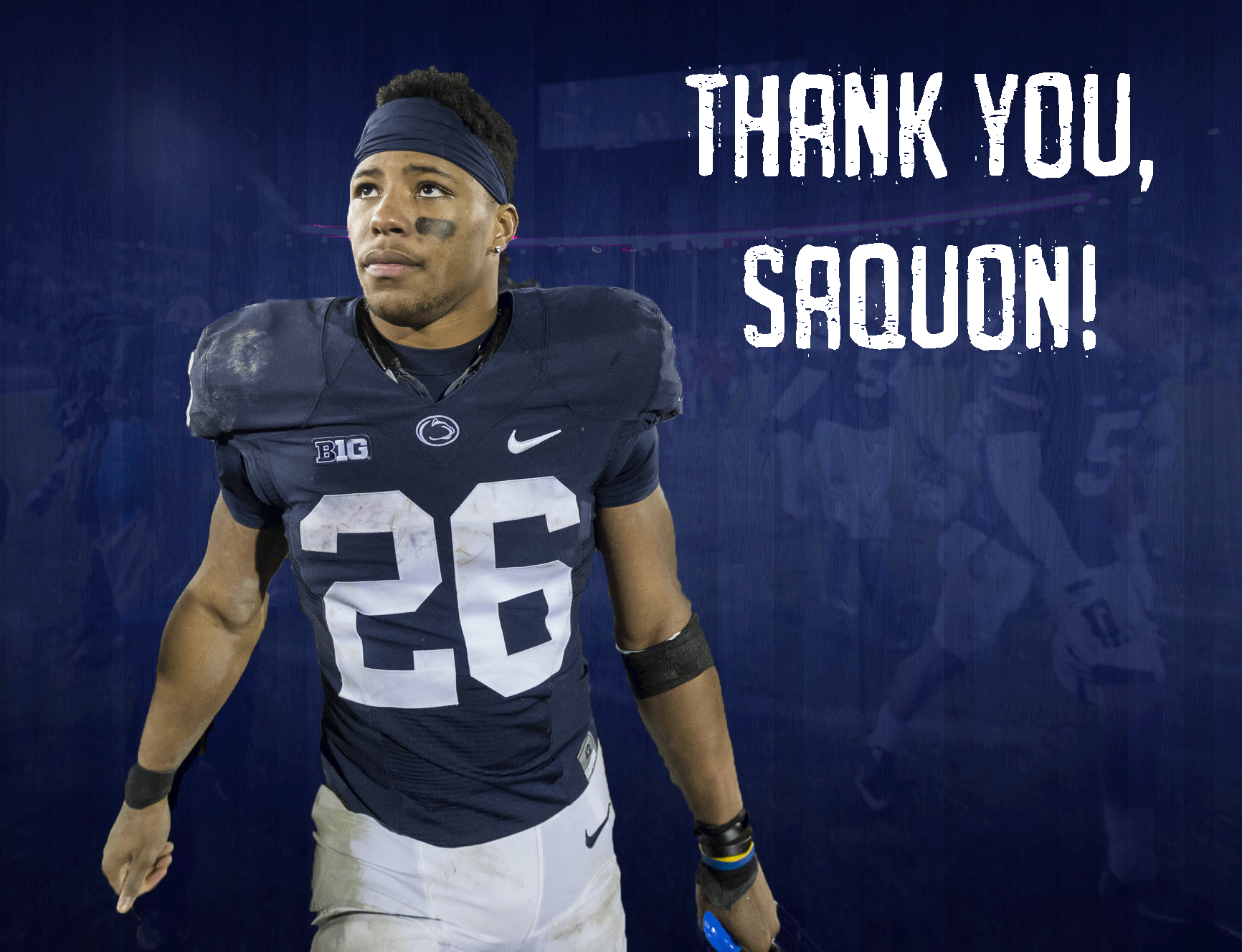 The initial game plan was perfect; the defense shut Nebraska down for the relevant portion of the game and the offensive game plan was perfect all day. But the coaches have to be accountable for the late touchdowns. Now that Penn State is again a perennial top-10 team vying for a NY6 bowl, Coach Franklin has to realize the importance of the perception of a 12-point win over a 4-win team who is about to fire their coach. While the first teamers are as good as anyone in college football, the cupboard is still thin in the reserve ranks. Recruiting A-list players to fill the pipeline is more important than ever. Given the physical play of the conference’s [usually] best team, Ohio State, the fact that Penn State endured critical injuries to Buckeye lineman only underscores the fact that depth is critical to the season-long success of this team. It will only improve over time, but the first team defense should have returned to the field to ensure the Huskers’ point total remained at 24, or 31 at worst.

Though Penn State has two [narrow] losses, this game reminded me of the 1994 game at Indiana. Kerry Collins and company cruised to a 35-14 lead late, but surrendered two late, meaningless touchdowns to the Hoosiers, making the final 35-29 after a 2-point conversion. That too was a blowout, and the reserve defensive unit was on the field to allow the late points. But, Penn State was #2 in in the AP poll and #1 in the Coaches’ poll entering the game. I am sure the thought process was that a 6-point win over an eventual 5-loss team didn’t deserve a #1 ranking. Penn State never recovered and Nebraska was gifted the “national title” for its [at the time] hard-luck coach Tom Osborne who had never won one, courtesy of the Old Boys Club. The final score matters, and in the age where a committee subjectively re-ranks teams each week, it is important to look the part of the team you want to be.