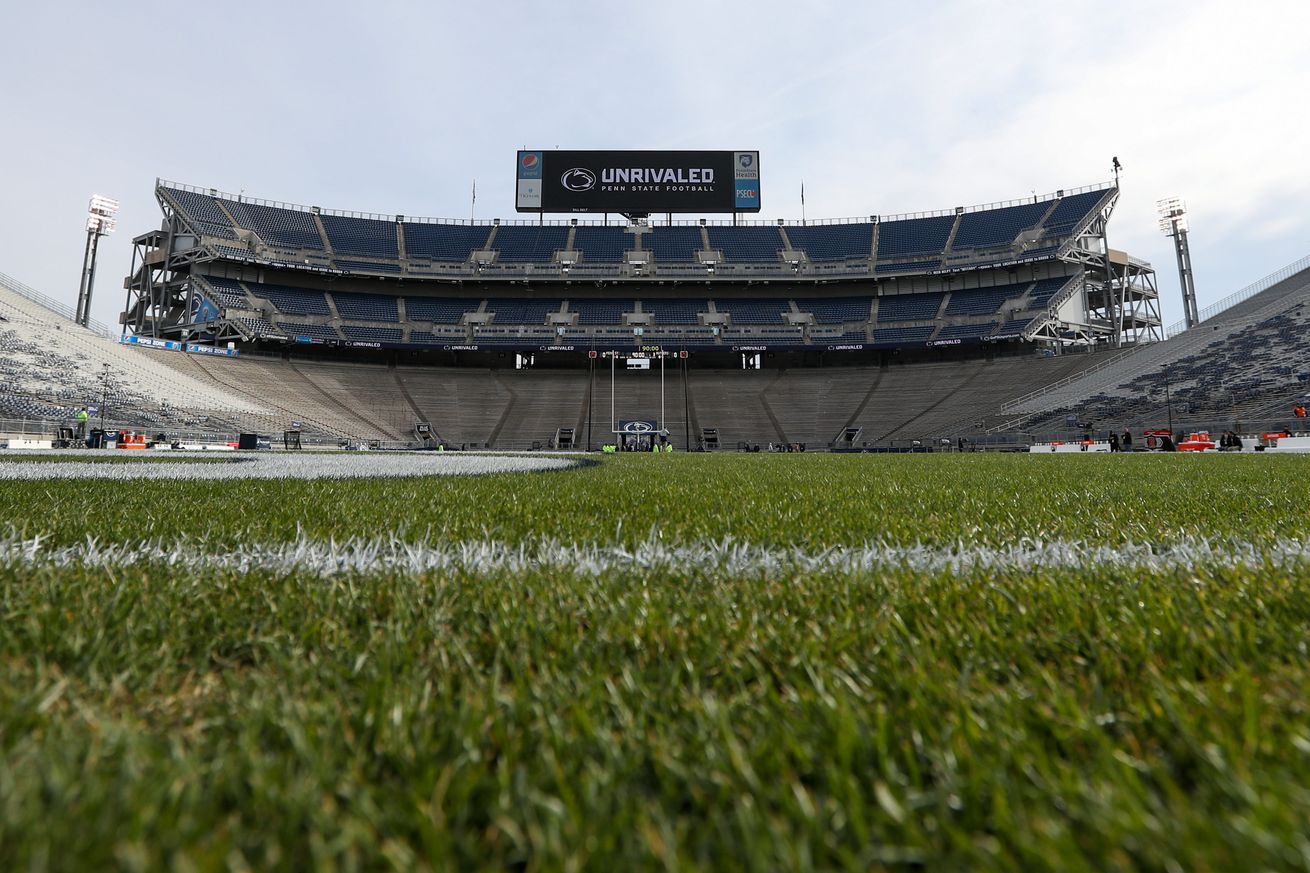 Last week, I wrote about five things that I like about Penn State . Today, let’s get into the negative.

Without a doubt, wide receiver is the biggest concern for Penn State heading into the 2020 season. When you look at the offense, everywhere else the Nittany Lions should feel pretty good: veteran OL, All-American candidates at tight end and at running back, a returning starter at QB, and an upgrade at offensive coordinator.

But then you get to wide receiver, and it becomes abundantly clear that on paper, this group is behind the rest of the offense. The top returning wide receiver is Jahan Dotson, who although he played well last season, did not have the biggest part in the offense, accounting for just 27 receptions on the season. He’ll be moved from the outside into the slot, where he should feel much more at home.

Really though, it’s what is after Dotson that brings the true concern. It’s talented, for sure. Out of Cam Sullivan-Brown (RS JR), Daniel George (RS SO), TJ Jones (RS FR), John Dunmore (RS FR), KeAndre Lambert-Smith (FR), and Parker Washington (FR), four of those players were four-stars coming out of high school. The issue? Those six wideouts combine for 15 career receptions. Not great.

The wideouts become an even greater concern when you consider that they missed out on spring practice. Guys like George, Jones, Dunmore, and the early-enrolling Lambert-Smith really needed those 15 practices with new wide receiver coach Taylor Stubblefield. Like we said, it’s talented group but they need reps — and those reps were lost due to the pandemic. Of course, every position group across America is in that same boat, but with how inexperienced and raw Penn State wide receiver group is, it seems like they’ll feel that impact just a little harder.

This is seemingly going to be a changing concern because the Big Ten is going to be changing the schedule , but regardless, it would be really nice for Penn State to have Rutgers a cupcake or a bye week before the Ohio State game. We all know the importance of this game: the winner is going to be the Big Ten East champion, and will set sail directly toward a berth in the College Football Playoff.

For a Nittany Lion program that has been on the cusp of the CFP for nearly half a decade now, it needs to get over that hump — and it all starts with the Buckeyes. So the last thing Penn State needs is to have a grit-and-grind win against Iowa the week prior. Here’s to the football gods looking down nicely upon the Nittany Lions, and setting them up comfortably the week before the Buckeyes come to town.

If Penn State is going to put millions of dollars into a quarterback lab, the least they could do is give me my fullback lab.

4. SAFETIES IN THE PASSING GAME

This is also a bit of an elitist concern because there really aren’t many teams with ballhawking safeties. Like Eric Berry’s aren’t just popping up willy nilly. You need a rare combination of size, speed, aggression, and instincts to get to that level — and a lot of the time, you see those guys get pushed outside to cornerback. But for Penn State to take that next step, there needs to be better coverage play — and communication — out of the safeties. There was just one too many times that Tariq Castro-Fields had a look of bewilderment on his face after a long passing playing over the top.

Fortunately, I like the potential that Lamont Wade and Jaquan Brisker bring. It’s probably the most athletic duo Penn State has had starting at safety during the Franklin era. Both have played some good ball during their time at Penn State, and I think it’s fair to say that neither guy — especially Brisker — is maxed out. So the hope is there. But for me personally, I’m in wait-and-see mode when it comes to the safeties.

5. LOSING THE PAGEANTRY OF COLLEGE FOOTBALL

Is it better than no season at all? Yes, but when you compare college sports to pro sports, there’s just something different about that college environment. NFL games are fun and crowds are crazy, but nothing compares to a big college football weekend in tried-and-true college towns. A little while back, Onward State wrote about that feeling in State College the Friday night before a football game. That feeling students get when they get out of class on Friday afternoon and (in recent years) see the College GameDay set up and running. That feeling alumni get when they’re on 80 and see the Bellefonte exit to get onto 99 is just two miles away. That feeling of being at a local watering hole around 9 p.m., where that incredible feeling of anticipation sets in.

The fact we all won’t get to experience that again until (best case) September 2021 — it stinks.