The loss against Michigan State still feels like a bad dream. Last year’s loss was bad enough, but it could have been dismissed as a fluke had Penn State won this year. The painful manner in which the Nittany Lions gave the 2018 game away was alarmingly similar to what transpired in 2017. Poor execution, miscues, and a blown lead have the Lions reeling. A season, one that started with so much promise and expectation, now hangs in the balance.

Two conference losses do not necessarily spell C-I-T-R-U-S, however. While losing to two division foes is damning, Penn State still partially controls its destiny regarding pecking order for the major Big Ten bowl slots. Head-to-heads with Wisconsin, Michigan, and Iowa (two at home, for what that’s worth) still lie ahead. Michigan State still has to play Michigan and Ohio State, who play each other, of course. Yes, the NY6 is still on the table, but it starts with Saturday’s game against Indiana. Any more losses will end it.

Indiana, the state, has the motto “The Crossroads of America”, which (to anyone who has driven through it or spent any appreciable amount of time there) infers that those who enter the state are already anxious to be somewhere else. It is ironic, then, that Penn State’s season itself is at a crossroads as the team arrives in Bloomington this weekend. Typically good medicine for an ailing team, the Hoosiers have only beaten Penn State once in history. How will this young Nittany Lions team respond to the adversity it now faces, as its season sits squarely on an inflection point? One clue might be found from the 1996 season.

That year, Quarterback Wally Richardson led Penn State to a #4 ranking going into Columbus to play Ohio State. The Buckeyes won 38-7, dropping the Lions to #10. After an easy win against Purdue, Penn State dropped an absolutely awful game to unranked Iowa – in Beaver Stadium – 21-20. Suddenly, a team with national title aspirations was searching for answers, sitting at #17. Sound familiar?

The ’96 Indiana game had some twists of its own, with Mike McQueary replacing an ineffective Richardson at QB in the second quarter and the Lions trailing at half time 20-10. But the team’s best receiver, Joe Jurevicius, had a monster game, averaging nearly 40 yards per catch en route to a 100+ yard game. Something happened at halftime of the game to snap the Lions out of their funk. The reached a crossroads, adjusted, and pivoted their season back in the right direction. 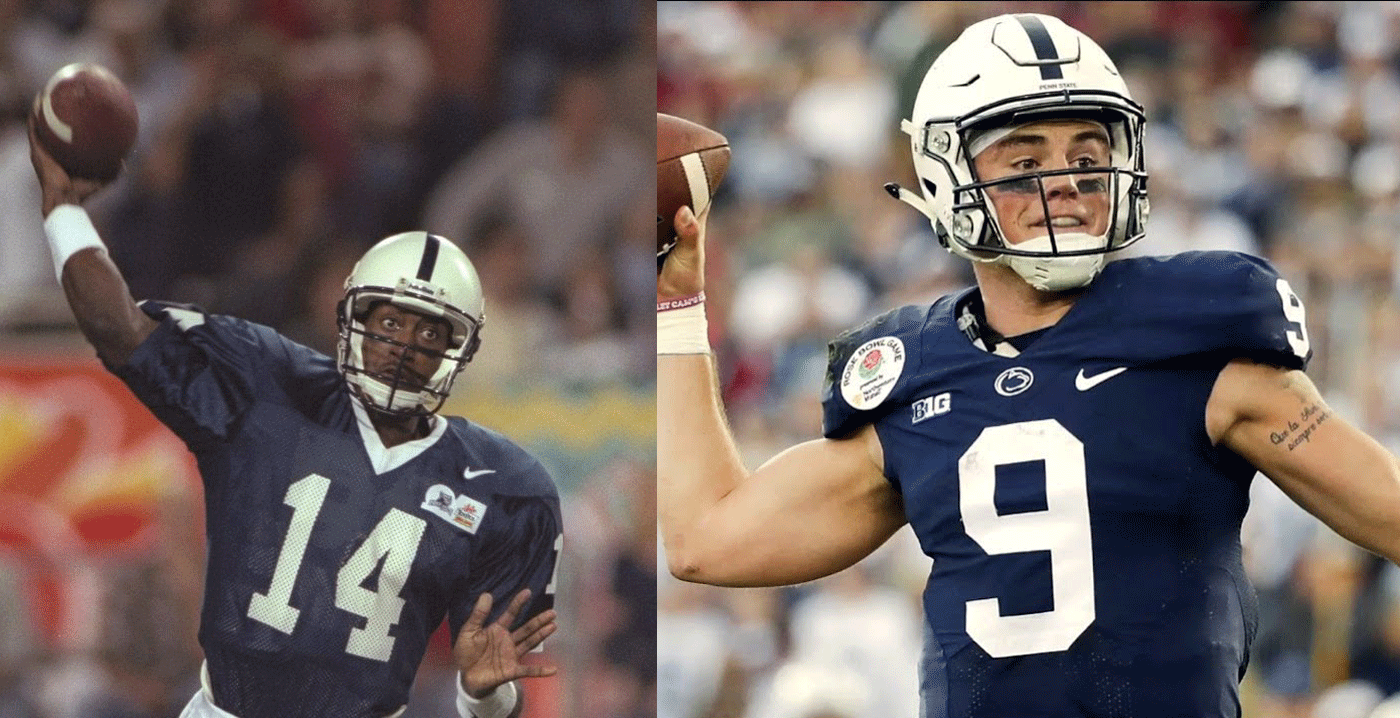 Will the Trace McSorley-led Lions take a cue from Wally Richardson’s 1996 team and use a mid-season game against the Indiana Hoosiers in Bloomington to right the ship.

After the Crossroads Game at Indiana, Richardson returned to lead the Nittany Lions to an epic victory over defending conference champion #11 Northwestern (yes that happened in the 90s). They followed up the Northwestern win with a win at #16 Michigan in Ann Arbor and wins over Michigan State and Ricky Williams and Texas in the Fiesta Bowl.

The 2018 Penn State squad can take their cue from the 1996 team. The quarterback can stand tall and lead his team. The elite running back can carry the load. The defense can raise their level of focus and execution. And the playmaking, deep-threat receiver can make critical the plays his team needs him to make. The season the Nittany Lions want is still there for the taking, and it all starts at the Crossroads in Bloomington.