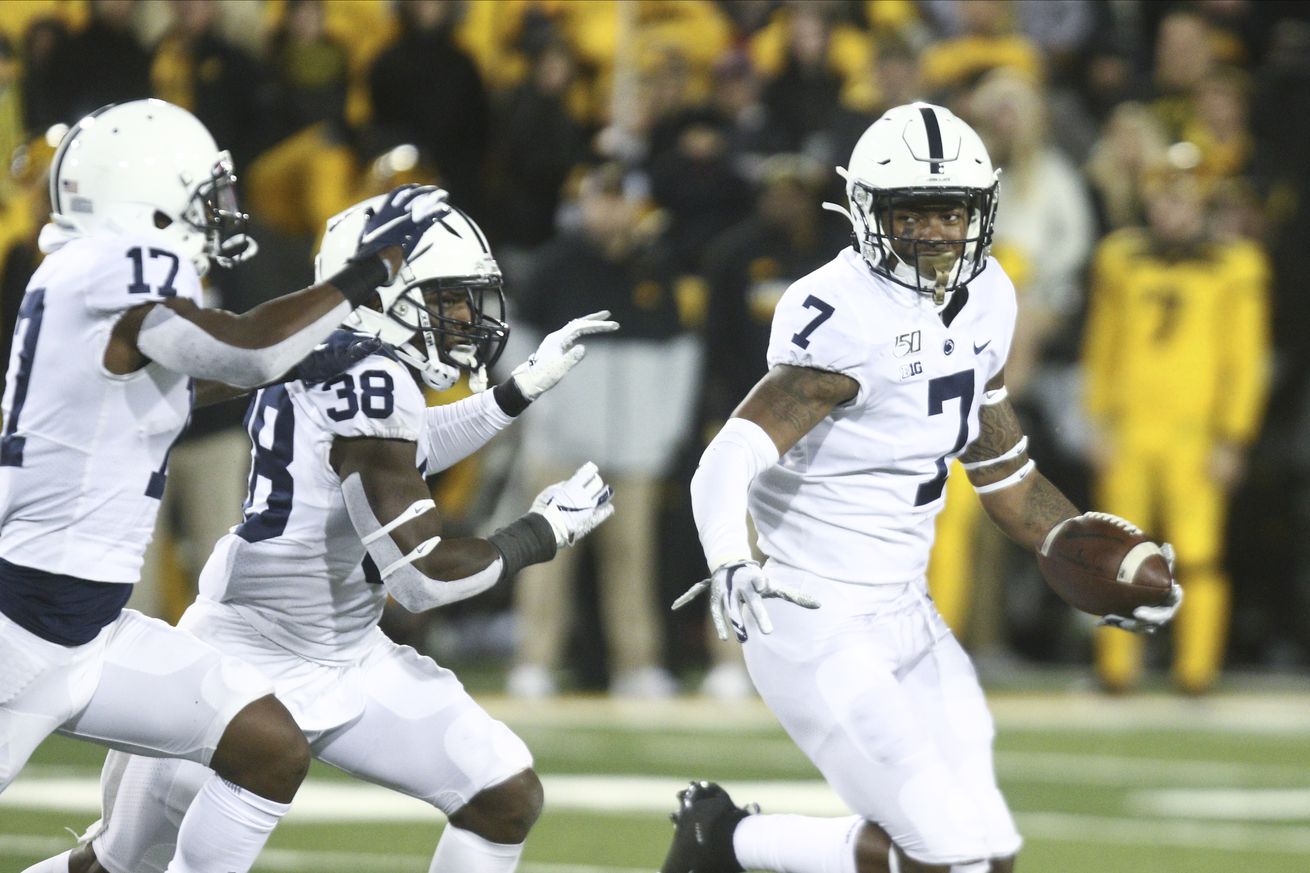 EDITOR’S NOTE: This is the ninth of our annual position preview series. Be sure to check back over the next couple of weeks as we preview the rest of the positions in the lead-up to the 2020 season.

There are a lot of question marks about Penn State’s safeties in 2020. After all, the position was the worst on Penn State’s defense in 2019 and they lose a starter to boot. One thing that is not a question mark, however, is who the two starters will be.

Lamont Wade , who will likely be a team captain, will return for his second year as a starter. Joining him will be fellow senior Jaquan Brisker , who is in his second year in the program after coming to Penn State from Lackawanna Community College last season.

In his first year starting at safety Wade improved as the season went on. By the end of the season, he was starting to flash the talent that made him a five-star recruit coming out of high school. He finished the season with 67 tackles, 4.5 tackles for a loss, 2 sacks, 5 pass break ups, 3 forced fumbles, and a fumble recovery.

Brisker flashed great physical tools and athletic ability last season, but looked like a player learning a new playbook and adjusting to Power 5 football. Brisker did record a pair of interceptions, with a third being wiped out due to penalty, and 4 pass break ups last season. A big step forward from Brisker this fall would go a long way toward solidifying the safety position and Brent Pry’s defense.

Entering the season, this is a bit of a question mark.

During the spring redshirt sophomore Trent Gordon moved from cornerback to safety. Gordon has the size (5-foot-11, 192 pounds) to play safety, and brings good athleticism to the position. Personally, I am very high on Gordon at safety. That said, losing spring practice and valuable reps at the position will undoubtedly hurt him.

Coming off a redshirt season, Tyler Rudolph is also looking to make waves at safety in camp this August. Rudolph is still a bit raw at safety, but the staff is high on him and he has the tools to be a plus player at the position. His role, regardless of what it is, should grow in 2020.

Jonathan Sutherland is coming off a season in which he was a special teams captain. Early in the season he was in the defensive rotation at safety, but as the season went on his playing time on defense declined. By the end of the season, Sutherland was not playing at all on defense.

Incoming JUCO product Ji’Ayir Brown could be a factor here as well. However, due to the coronavirus delaying his arrival on campus, Brown may end up redshirting. But we will get into Brown more later.

Garrett Taylor was a two-year starter at safety for the Nittany Lions, in addition to being a team captain in 2020. Taylor took a step back in 2019 after a strong 2018 campaign. This was a big reason why Penn State’s safeties struggled to the extent they did during the 2019 season. Taylor will enter training camp next month as an undrafted free agent with the Buffalo Bills.

Four-star Michigan native Enzo Jennings enrolled at Penn State in January and was turning heads before the coronavirus pandemic brought the sports world to a halt. Jennings is unlikely to see significant playing time this season, but you can expect to see him get his four games in to preserve his redshirt and to be a major part of the Nittany Lion safety room in the future.

Joining Jennings as a newcomer to the safety room is yet another Lackawanna product, Ji’Ayir Brown. Brown was originally supposed to be on campus in May, but, due to the coronaviurs, did not get to campus until last week. Brown has three years to play two, so he could redshirt or see the field this fall. Regardless, Brown, like Jennings, appears to have a big role in the future of Penn State’s safety room.

There is no way around it, safety play was bad for Penn State in 2019. Safety play must be better in 2020, and that puts a lot of pressure on Wade, Brisker and safeties coach Tim Banks.

Wade having a year of starting experience under his belt should help. Brisker losing spring practice could make a negative impact, but he has been in the program for over a calendar year now as well. I am very high on Gordon at safety, and think Rudolph can be a real player too. But until the safety room proves their worth, it will remain a major question mark for Penn State this season.