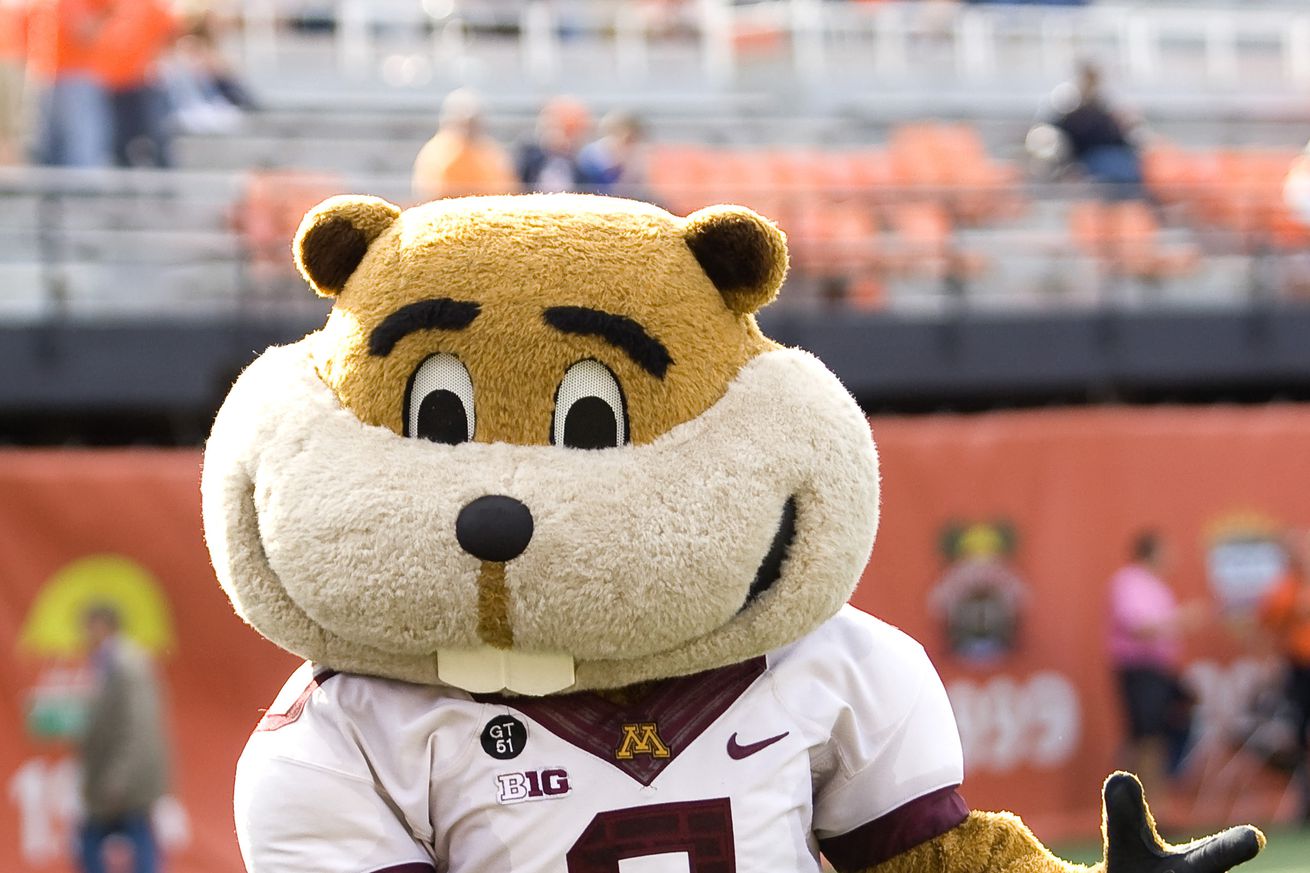 The staff looks into their crystal ball for results against the Golden Gophers.

The biggest concern entering this game is that Minnesota will throw every trick in the book at this Nittany Lion team. There is equal opportunity to blow themselves up as there is to surprise Penn State with something they hadn’t planned for, because while both teams sit at 8-0, the committee sees these teams very differently. The Golden Gophers have faced a series of back-up qbs on some less than impressive teams, but you play the teams on your schedule and are now tasked with arguably the biggest game in program history. This Penn State teams has repeatedly risen to the task every challenge this season and expect that trend to continue on the road this week as well.

Let’s start off by saying that you don’t get to 8-0 without being at least a good team. When teams like Wisconsin are losing to teams like Illinois, not getting upset during the first two-thirds of the season is a testament to how good Minnesota is.

That being said, Minnesota has not played anyone even remotely at the level of Penn State. After starting 4-0 with one-score games against FCS South Dakota State, Fresno State, Georgia Southern, and Purdue (during which game both Rondale Moore and Elijah Sindelar got injured), the Gophers have opened up the scoring and shut down opposing defenses against Illinois, Nebraska, Rutgers, and Maryland. No offense to any Gopher fans that might be reading this, but that is an extremely unimpressive slate of wins – never mind that all four teams were playing with backup quarterbacks.

Look, I think Minnesota is a good team, and they’ve done what good teams are supposed to do against inferior competition. They’re undefeated, and they’re playing better now than they were early in the season. I just have a hard time comparing resumes between Minnesota and Penn State and coming up with any good reason why the Lions should struggle with this Gopher team.

Penn State opens up a quick two-score lead, and is then content to trade scores with Minnesota on a day where the game is not in doubt after the first 10 minutes.

Minnesota is the most fraudulent 8-0 college football team I have ever seen. After barely escaping by one score against powerhouses North Dakota State, Fresno State and Georgia State, the Golden Gophers have racked up 5 conference wins over teams that have won a combined 8 Big Ten games. And of these 8 wins, Illinois has 3 of them.

PJ Fleck’s crew wants to run, run, and run some more. Well, this bodes well for a Penn State defense that ranks number one nationally in yards per carry. If the Nittany Lion run defense plays up to their normal standards, Minnesota’s offense will be in trouble.

Now, the Gopher passing attack can not be ignored. Quarterback Tanner Morgan has been quietly efficient, and they have a strong group of receivers. That said, their offensive line has had their struggles in pass protection this season which could spell success for Shaka Toney , YGM and company.

Minnesota deserves credit for being 8-0. However, they have played absolutely no one. This Nittany Lion group is battle tested and that will pay off on Saturday as they battle cold temperatures, a sleepy atmosphere, a fired up Gopher team, and an 11 AM local time kick.

Minnesota may ride the emotional wave to a hot start, but Penn State is the far superior team talent wise. Talent will win out as the Nittany Lions win it going away to improve to 9-0 on the season.

Fun fact: 20 years ago this week, Penn State rolled into November undefeated and subsequently lost their Homecoming game to Minnesota on a last-second field goal that followed the luckiest damned 4th down conversion I’ve ever seen in my life.

This is not the 1999 squad. For one, the offense actually resembles an offense fitting for the modern era of college football, with more dynamic playmakers. The defense as a whole, is also insanely fast and deep. Perhaps deeper than that ‘99 defense. Furthermore, the game is in Minneapolis, against a fellow ranked and undefeated Minnesota team. Needless to say, there will be no looking ahead to another opponent, as the ‘99 squad perhaps was looking ahead to Michigan the following week.

Much like the game at Maryland, PSU will be facing a jacked-up team and crowd, and will have to weather the storm in the early going. Hopefully, they can weather this storm just as quickly as Jan Johnson picking off Josh Jackson on the game’s opening drive. Even if they don’t however, the amount of talent and depth on both sides of the ball, particularly on defense, will ultimately showcase themselves. Furthermore, Minnesota’s special teams have been rather shaky, especially their kicker who is only 5-for-8 on the year with a long of only 37 yards.

I can see the Gophers hanging around, thanks to their solid corps of receivers led by Rashod Bateman and Tyler Johnson , but PSU ultimately wins this one by a couple of scores.

Look, I like Minnesota. I really do. Their fans seem nice, their team responds to their coach (and, unlike seemingly everyone, I actually like P.J. Fleck’s way of motivating folks), and it’s resulted in an 8-0 record to date. I don’t care about who they played. As has been mentioned by several of my fellow writers already, you don’t go undefeated without being a good team. Minnesota is a good team. The problem, you see, is that Penn State is a great team.

(originally appearing in the Game Preview)

The truth is somewhere in the middle for this Minnesota team. While they may not be as good as their AP ranking of #13 indicates, they also aren’t simply a product of a poor schedule. They’re a balanced team that does a lot of things well, and most importantly, have improved from week-to-week since the start of the season.

The Gophers have a solid defense without any glaring weaknesses. The offense possesses an efficient quarterback with two standout receivers, and one of the best running games in the Big Ten. However, they don’t have the speed and depth of the Nittany Lions. This is what will make the difference that allows Penn State to pull ahead and stay unbeaten for at least one more week.

KJ Hamler has the biggest game of an already spectacular season with 140 receiving yards and two touchdowns. Tight end Pat Freiermuth adds another through the air, with Journey Brown finishing off a long drive by finding the end zone.

Micah Parsons continues his incredible run by showing why he was just named a Butkus semifinalist, chipping in 13 tackles and three TFLs. Yetur Gross-Matos gets to the quarterback twice, with Robert Windsor and Shaka Toney each picking up a sack. Penn State wears down the Gophers in the trenches for win number nine.