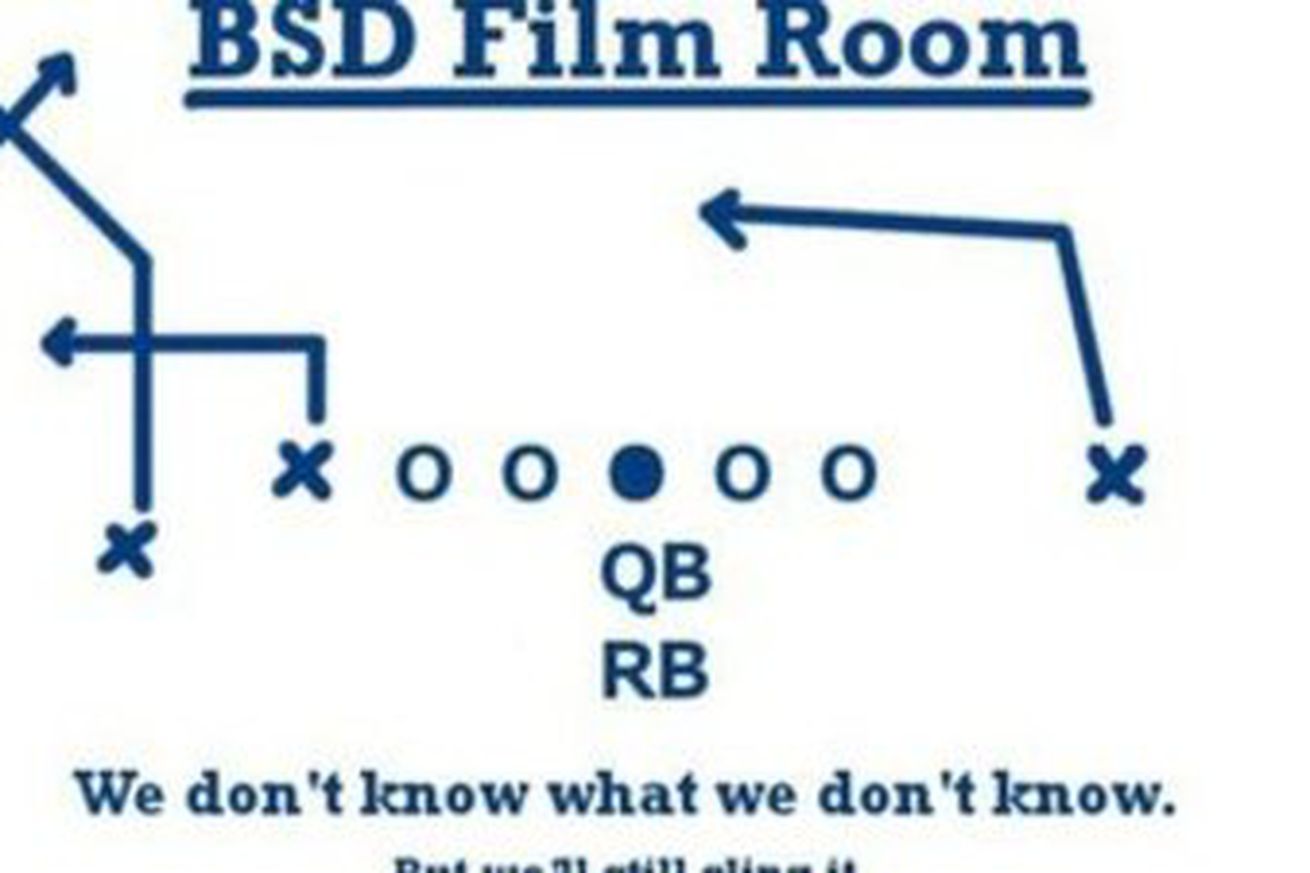 There’s a world of difference between 9-3, 8-4, and 7-5 records. Logically, it might be only a few snaps or plays – a good bounce of the oblong ball here, and fortunate tip of the pass there. But, emotionally – that is to say, illogically – the difference between 9 wins and 8 – or, gasp, 7 – wins is an impassable chasm of lava and despair.

Our Nittany Lions (6-3) take the home field Saturday against a B1G West doppelganger, Wisconsin (6-3). Both squads began this season highly ranked, with outsized aspirations. Both squads snatched defeat from the jaws of victory in excruciating fashion. Both have injured quarterbacks. Both feature injury-depleted defensive lines. Both squads bring a combustible mix of veteran leadership and youthful foibles. Most importantly, both squads will be fighting desperately to avoid the chasm of lava and despair wrought by a 4th loss on the season. The stakes are high.

Not quite two seasons ago, this was the B1G Championship Game, and it featured an incredibly explosive offense (PSU’s) pitted against a Badger defense with whom Film Room immediately fell in love – for their excellent fundamentals, seemingly zero mental errors, and blazing speed. Of course, that was two seasons ago, and both of those squads are dead and buried. 2018 PSU’s offense frequently can’t seem to get out of its own way, and the normally hulking Badger front seven surrendered 712 yards rushing in the three games prior to last week’s exhibition vs Rutgers.

If you’re expecting a base 3-4 from Wisconsin, featuring defensive linemen the size of small mountains, who are similarly immovable, well – circumstances in Madison have changed. NT Olive Sagapolu is out for the year, as is 5-technique SDE (that is to say, basically a DT) Garrett Rand . That’s 2/3rds of the starting DL. The other 1/3rd, WDE Isaiah Loudermilk, is also injured, occasionally playing at what looks charitably to be around 50%. For reasons unknown to Film Room, their backups are all freshmen – which is not a good thing in Badgerland, wherein tradition holds that 3-star, 260-lb freshmen prospects spend at least two years in enforced hibernation, fed liquid cheese curds intravenously and exercised only via electroshock, until they emerge years later as famished, 500-lb giants bent on destruction.

Because of these unfortunate circumstances, and because PSU is a spread ‘em out team, you’re far more likely to witness an abundance of what amounts to a 4-2 nickle defense, like the picture below.

In the Northwestern loss two weeks ago, this pain point was exacerbated by yet another missing appendage, SS D’Cota Dixon . As one of the few veterans in a youthful secondary, Dixon serves as coach on the field, frequently getting his less experienced mates into the correct coverages, beyond his traditional role of front seven missed gap magic eraser. While Dixon is expected to play at Penn State, the youthful exuberance for the remainder of the backfield has resulted in a preponderance of simplified, dumbed down, single high “man” coverage against spread teams.

One thing that hasn’t changed from 2016 is that those corners can be exposed, if you’re able to break free from their Grabby McGrabberson hands all over you. Below is a gif of TE-sized Bennett Skowronek easily beating CB Caesar Williams – possibly Wisconsin’s best cover corner – on a 12-yard out. Do note the single coverage across the board, the trail technique (despite never looking for the ball), and how every jNW receiver could be thrown open without much difficulty.

The pass rush? Definitely not the same as 2016. TJ Watt and Vince Beigel are gone, as is Garrett Dooley. The next-240-lb rusher off the assembly line, Andrew Van Ginkel , has played hurt all year.

However, the one thing that definitely has NOT changed in PSU’s favor, are the two ILBs, both of whom will be on NFL rosters next year – TJ Edwards, and Ryan Connelly . Both are excellent, heat seeking murder machines, impervious to your trickeration. With a hat tip to Seth at MGoBlog , we (re)present the following a exhibits A and B:

For Dear Old State to avoid the abyss of 8-4 or – gasp, 7-5 – the Nittany Lion offense must show up. They didn’t, at all, last weekend in Ann Arbor. And for one reason or another, they’ve been frequently missing in action for parts of games nearly all season long. With the Badgers hoping to hand the football off to Jonathan Taylor 400 times on Saturday, our boys must capitalize on the opportunities they get. Like 2016, there will be plays to be made. We need to make them to stay on solid ground, and avoid the pit of despair.