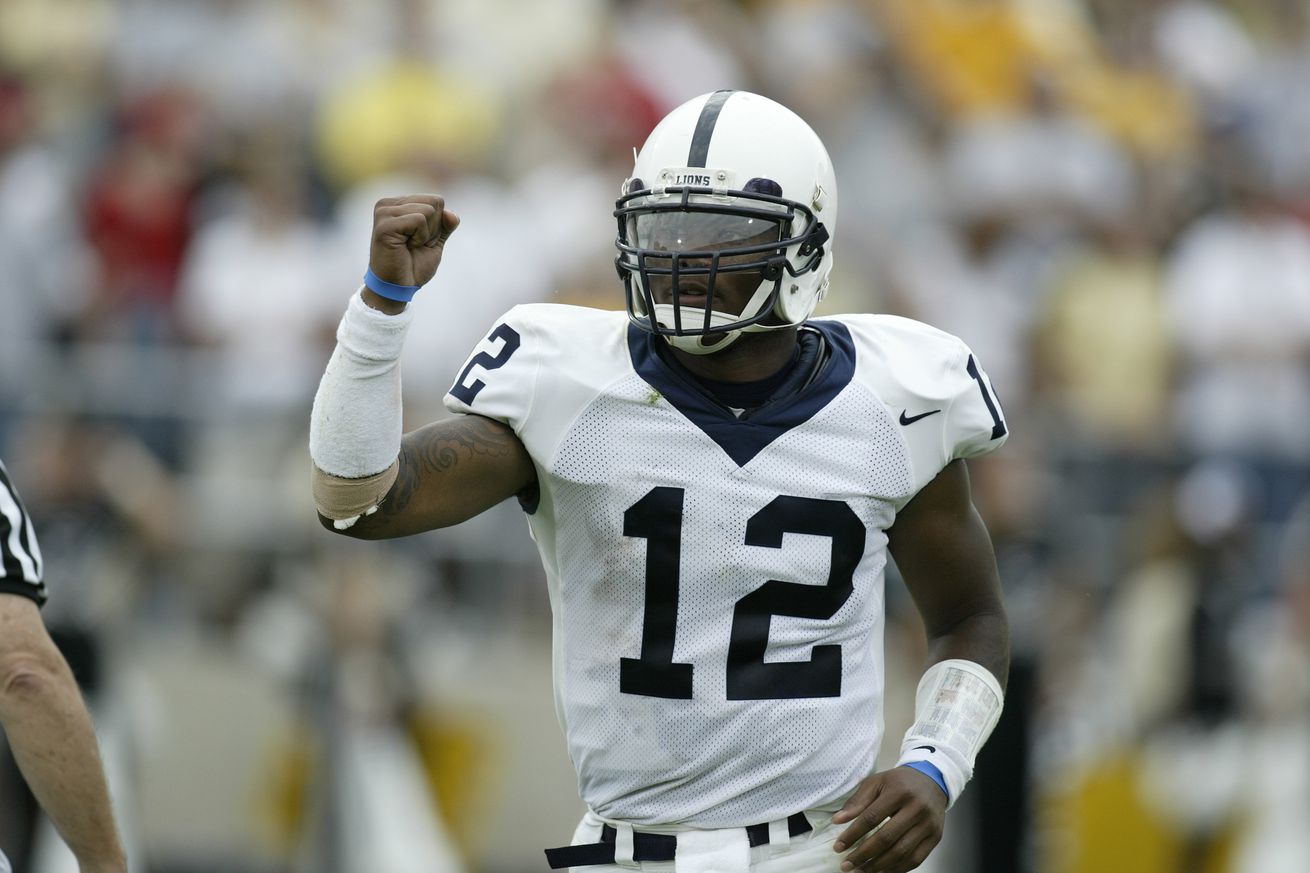 In our second semifinal, we look at two teams that had to come up with tough first-round wins. Team Clay, who took Team Tim in the quarters, squares of with Team Jared, which narrowly nicked Team Patrick. Below are their respective rosters.

Coming into this tournament, I felt both Jared and Pat had the most offensive firepower. And I still believe that to be true. But as we’ve seen time and time again in football, the quarterback position rules the roost. And I am not the least bit afraid of Wally Richardson. What good are Chris Godwin , Jordan Norwood and Kyle Brady with a QB who threw for 1,700 yards, seven touchdowns and eight interceptions as a senior? Yikes.

So I’ll expect to get a heavy dose of Ki-Jana Carter and Aaron Harris . And that, my friends, is why you put Spice Adams in the middle of your defense. In this matchup I plan on playing a a lot 4-4 fronts, with Stephen Obeng-Agyapong acting as an extra linebacker.

Spice, Paxson, Yetur and Tamba will play with narrow splits with Brandon Short and Nyeem Wartman filling any gaps left behind them. Sure, the defense could leave me open to the deep ball, but I feel good about Hali, Gross-Matos and Justin Kurpeikis getting after Richardson and I don’t think Wally is good enough to get the ball down the field.

And in a game where field position could matter a lot, I think I have a great weapon up my sleeve in Jeremy Boone .

Offensively, it’s all about speed in space and going east-west with the run game. Jared’s front four is full of impressive pass rushers and a space eater in Devon Still , but is Still going to run sideline to sideline with the likes Sanders, McCoo and Robinson? I plan on using plenty of misdirection and run action throughout the contest to get the big fellas thinking and make Dan Conner run as much as possible.

In the pass game, I don’t think anyone in Jared’s secondary is covering Bryant Johnson and especially not if he has to dedicate a safety to covering McCoo should I choose to flex him out. As for Michael Robinson , while he may not be the most prolific passer, he’s shown he can deliver when the pressure is on. I expect him to make the plays, either with his arm or legs, when push comes to shove.

On paper, Jared may well have drafted the best team in this tournament. But styles make fights and I love my style matchup in this one.

My offensive gameplan wouldn’t change too much from my first round match-up with Patrick. My basic plan is to ride my horses- especially with a steady dose of Ki-Jana Carter. Kyle Brady would play a vital role, especially if Clay stacks the box. He can provide extra support in run-blocking, but also slip past the defense and find the soft spots on some intermediate routes. He will also need to help slow down the formidable tandem of Tamba Hali and Yetur Gross-Matos on the edges.

Aaron Harris would play a bigger role as well, rotating in regularly to help pound the defense before Wally Richardson keeps them honest with some deep balls to Chris Godwin , as well as Jordan Norwood who always knows how to get open. Once the defense is stretched out, it’s back to feeding Carter to run wild against a fatigued group of defenders in the second half.

On defense I would focus on keeping Robinson in the pocket. Gerald Hodges would do a fine job of spying Robinson, meeting him at the line of scrimmage and taking him down before he can make it far upfield, especially to prevent him using his legs to convert third downs. There would also be safety help to cover Bryant Johnson , forcing the ball to Tony Johnson .

Clay built an overall solid team with very few glaring weaknesses. It would be a tough matchup, but I still like my overall talent to win out in the end. Should it come down to the wire, I still have my ace in the hole with Brett Conway who was certainly worth the value of being the first specialist off the board.

So who do you like to move to the championship round?