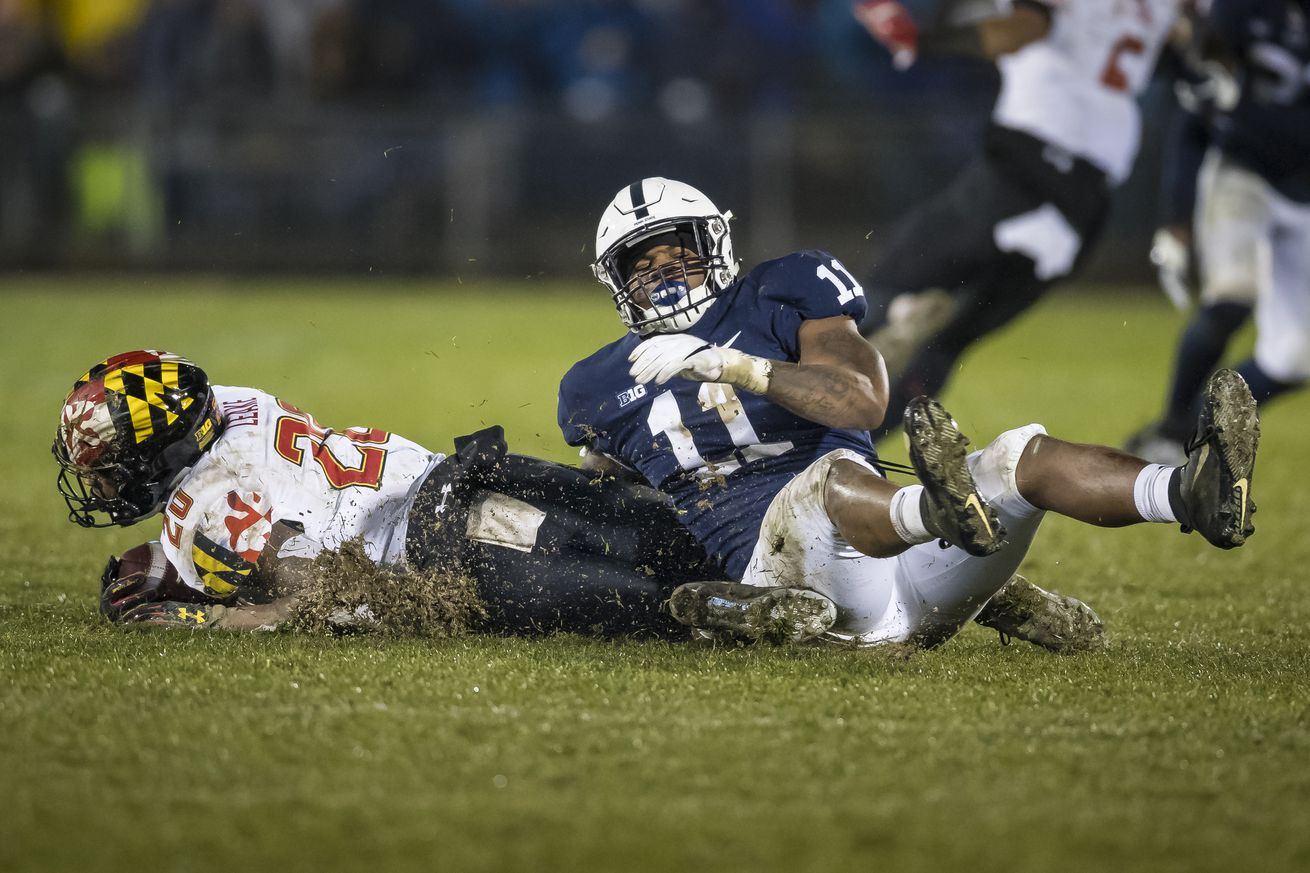 The defense will be good this year. Very good.

This fall the defense is expected to anchor the team for Penn State. Brent Pry is one of the best coordinators in the game. Pry doesn’t speak to the media all that much, but when he does, he is very candid.

Coach Pry was asked about the planned facility upgrades that were announced earlier this year and how they impact the program.

“For the players on our roster and from the recruiting aspect, facility improvement is dramatic. It seems like since I’ve been coaching there’s been as arms race. It’s always something. It was stadiums. Then it was locker rooms. Then it was academic facilities. Then it was exercise science areas and player’s lounge. And there’s just always something. And we’ve done a nice job here and it’s getting even better. What we are able to do from a facility standpoint. Our players can feel very proud. They can have everything they need to be successful. And at the same time when we bring top recruits around the country into our facility that we’re proud, and they leave excited and have a good feeling that, “Man, Penn State is really invested in football and they are doing great things for their players.”

Coach Pry then touched on the current state of recruiting and how it has changed over the years. During his answer he mentioned how he stayed in a different hotel room every night for a five-week period during the spring. It’s fun to travel once in a while, but to go from room to room, night after night, would be very tedious.

Pry mentioned that the nature of taking a more national approach to recruiting can leave less time for the regional and local kids and coaches. We sometimes wonder why Penn State can miss on a local talent, but there is only so much attention to give, and while the team is talking to kids from far away, other coaches can slide into the territory and do their work.

The conversation turned to Micah Parsons and his development as a linebacker. We watched last season as Parsons went from being an athlete running around on the field to a guy who could make a basic read. This year Pry said that they are able to ask a little bit more of him.

“I joke with him that he was 100 level last year and he would claim that he was 200 level. And as we looked back on the season and watched the film, I think he realized that he really wasn’t. That there was a lot still to learn. He has grown tremendously as a linebacker. It happened about midway through the season. Things started to click a little bit better for him. I say it all the time. He was able to play fast. He didn’t know what he didn’t know. He’s slowly but surely learning the position. He’s understanding the defense better. And we’re able to ask a little bit more of him, so we’re excited.”

While watching Parsons last season we could see him begin to point to his assignment just before the snap right around the fifth or sixth game. All of the players behind him already knew what Parsons’ job was on a given play, so the true freshman was illustrating to his teammates that he knew his read. It was a sign that he was taking on more responsibility, but also a reminder that until that point he was being told what to do.

Last season the coaches did not ask Parsons to cover receivers very often, or to come on a timed blitz off the edge, as many people had anticipated. This year if he can master more of the defensive playbook, he will be able to do some of the more exciting things, and put himself in a position to make game-changing plays.

It sounds like Parsons has made some good progress during this offseason. With two veteran linebackers expected to start alongside him, he will not have to do the heavy mental lifting this season, which should help him focus on his own job.

The final time we saw Parsons coming off the field last year, he was the last player to leave, and was trying to take the tape off his gloves so that he could toss them to a young fan. He is a fan favorite and a good young man. It should be fun to watch him develop in the coming years.