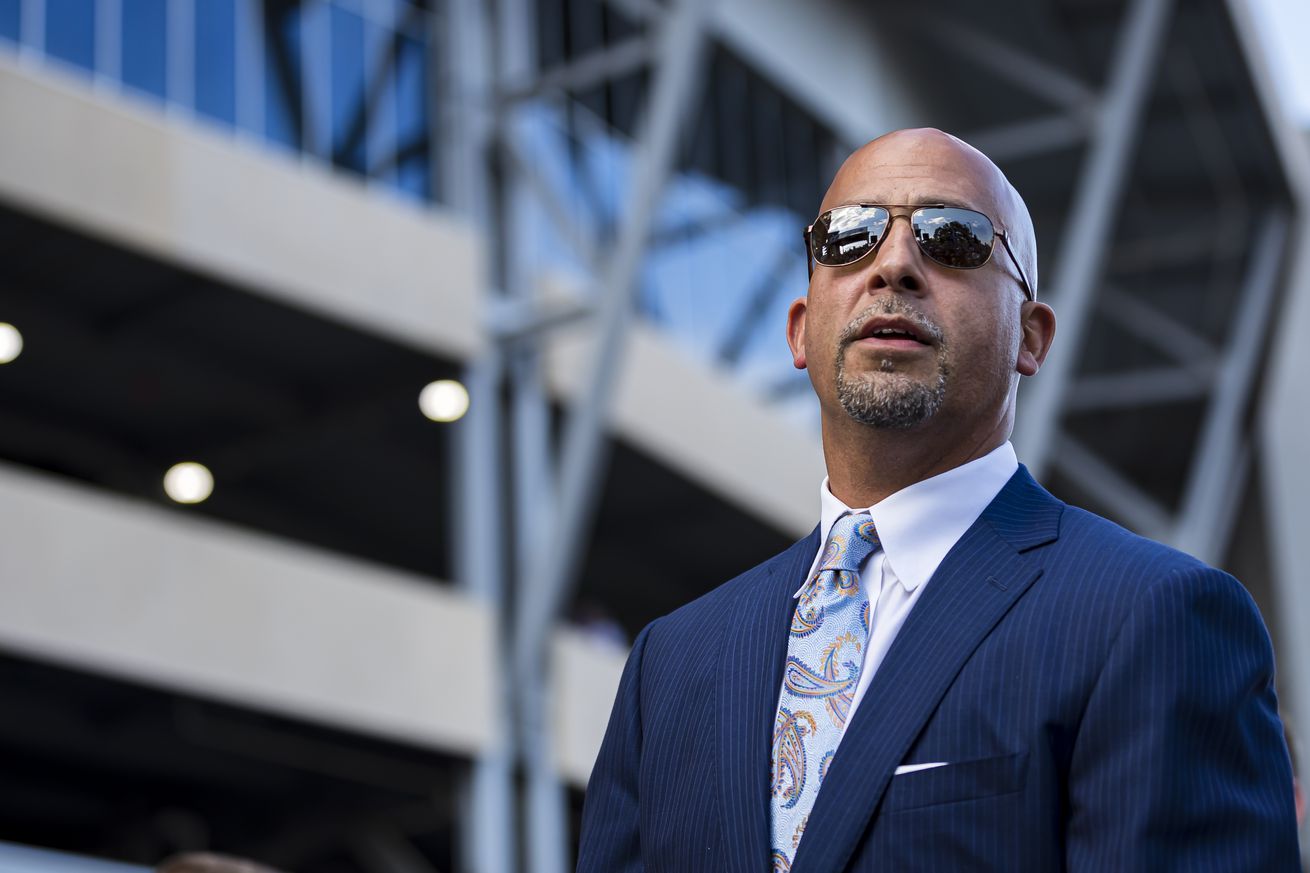 Even though the Nittany Lions were hosting a MAC opponent in Buffalo, as is always the case for night games at Beaver Stadium it was a busy visit weekend for James Franklin and his staff. This included arguably their top remaining 2020 target Canadian tight end Theo Johnson .

A strong argument can be made that Johnson is the best tight end in the 2020 recruiting cycle. This was Johnson’s third visit to Happy Valley since the spring, and he will return for an official visit for the Whiteout against Michigan.

Johnson will also officially visit Georgia, Michigan, and Iowa this fall. While official visits will likely tell the story in his recruitment, getting him back on campus for one last unofficial visit can only help the Nittany Lions who appear to be his leader entering the stretch run of his recruitment.

Harrisburg O-lineman Nate Bruce who holds a PSU offer and PSU D-line commit Amin Vanover among those on hand for the game tonight.

2020 TE Theo Johnson should be here too, but for slightly different reasons. His brother, Dominic Johnson, plays for Buffalo. pic.twitter.com/f3YS9b7yLG

This was Vanover’s first visit to Beaver Stadium for a game as a commit, but getting Adams back on campus was the big visit. The last visit Adams made was to Penn State for the Lasch Bash in July. This is big for Coach Franklin and company as Adams has visited other schools and is currently scheduled to officially visit Kentucky next weekend. While Adams is likely to still take OVs this fall, if the Nittany Lions can continue to get him back on campus that can only help with their chances of keeping him in the fold.

Had a great time at the Penn state game yesterday! #weare pic.twitter.com/4LzYe8XL69

A former Penn State commit was also in town over the weekend. Four-star 2021 wide receiver Dont’e Thornton was on campus for his first visit since de-committing on August 1st.

Since he reopened his commitment Thornton and the Nittany Lion staff have remained in touch. Getting him back on campus was the first step toward potentially getting Thornton back in the fold. Penn State should continue to be one of the main players in Thornton’s recruitment moving forward.

Bruce is a Harrisburg native and has become a regular on campus in recent months. During a visit over the summer Bruce was offered by the Nittany Lion staff, and Penn State quickly took control of his 247Sports crystal ball . Bruce committing to Penn State appears to be more of a question of when, not if.

On Friday, the Nittany Lion coaching staff extended an offer to 2021 defensive back, Jaylen Johnson .

The Cincinnati native also holds Power 5 offers from Indiana, Iowa State, Kentucky, and Ohio State. The next step for the Nittany Lions to become players in Johnson’s recruitment is to get him on campus for a visit. Preferably for a game this fall.

According to his 247Sports timeline Rogers has not visited Penn State. Without a visit, it is not possible to view the Nittany Lions as a legitimate threat in his recruitment. Even if he would happen to make it to campus this fall Penn State would still be a long shot. However, making the top group of a highly rated recruits is always good for the brand.