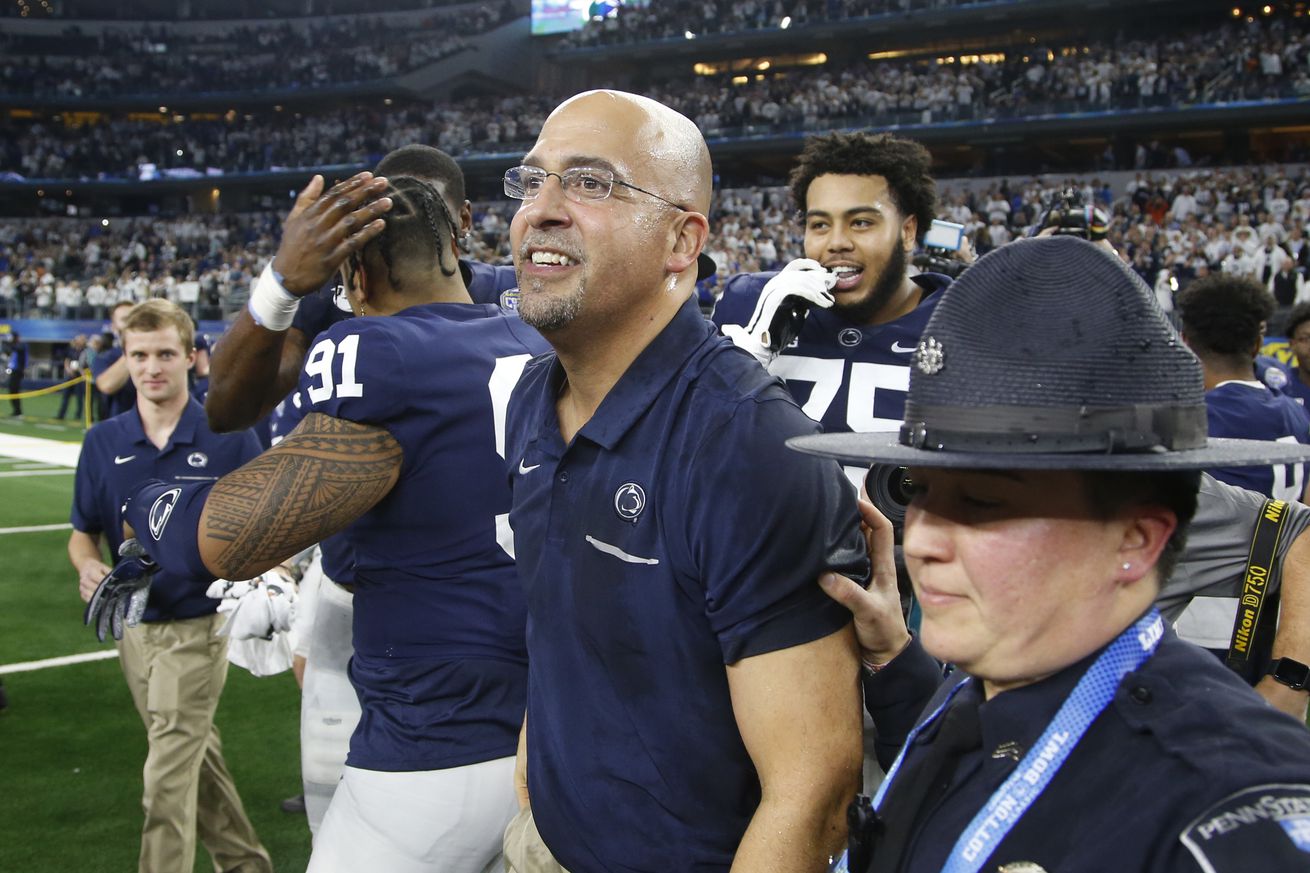 For your weekly dosage of normal life as the world continues to battle the COVID-19 breakout, dive in to the latest edition of Blessed & Honored

Lackawanna College cornerback De’Jahn Warren , the top JUCO defensive back in the country, released his top 11 which included the Nittany Lions.

He has also announced that he plans to officially visit Penn State in June.

It goes without saying that Penn State is viewed as the leader for Warren. This should not surprise anyone with the success James Franklin has had at Lackawanna since coming to Penn State. After Paris Palmer , Jaquan Brisker , Anthony Whigan , Norval Black , and Ji’Ayir Brown all funneled through the Lackawanna to Penn State pipeline, it appears Warren may be next.

One top group the Nittany Lions cracked this past week was that of four-star wide receiver Jacolby George .

The Fort Lauderdale, Florida, native released a top 6 on Saturday that included the Nittany Lions. George is a one time Miami commit, where he committed to then Hurricanes wide receivers coach Taylor Stubblefield. His past relationship with Stubblefield combined with JaJuan Seider’s reputation/recruiting ties to South Florida should give the Nittany Lions as a good a shot as anyone at George if he visits campus and the Nittany Lions make a push in his recruitment.

With how productive Penn State tight ends have been the past four seasons, as well as how well Tyler Bowen has recruited the position it is not a surprise to see the top tight end in the country interested in the Nittany Lions. Right now, however, the Nittany Lions appears to be playing catch up in the recruitment of the Iowa native. Getting him on campus for a visit once the recruiting calendar picks back up will be vital for the Nittany Lions to have a true shot in Fidone’s recruitment.

On the offensive line front, the Nittany Lions find themselves in the top 4 of Michigan native Caleb Tiernan .

Blessed for this opportunity! Thank you to all the coaches for making this an amazing experience. With that being said these are my top 4 schools Recruitment open. Edit: @Hayesfawcett3 pic.twitter.com/b1zsotWlzE

Joining the Nittany Lions in the all-Big Ten top group are Michigan, Northwestern, and Ohio State. Tiernan visited Happy Valley in January and has been high on Penn State ever since. Right now, Penn State appear to be right in the thick of Tiernan’s recruitment.

Also, there is the top 8 of four-star Maryland athlete Zigga Wheatley .

Wheatley has been a regular visitor to campus over the course of the past calendar year. He could play cornerback, safety or wide receiver at the collegiate level. There is a lot of smoke that the Nittany Lions are the current leaders in Wheatley’s recruitment, and he is certainly a name that Penn State fans should familiarize themselves with.

Finally, there is the big one, the top ranked quarterback in the 2021 class – Caleb Williams . The Washington D.C. native released his final 5 on Monday afternoon, and this included the Nittany Lions.

Williams has visited the Nittany Lions multiple times during his recruitment. However, he has yet to get to campus to meet new offensive coordinator/quarterbacks coach Kirk Ciarrocca. Penn State is playing catch up in this recruitment, and the COVID-19 pandemic canceling the spring visit Williams had scheduled does not help. In order for the Nittany Lions to have a legitimate shot at landing Williams they need to get him back on campus, his meeting with Ciarrocca needs to go well, and, odds are, they will need him to wait until after the season to announce his decision.

During this unexpected recruiting dead period, the Nittany Lion coaching staff has been busy extended new scholarship offers. This comes despite a different spring evaluation period than past years, as this year’s can not include coaches hitting the road to checkout prospects.

One man that has been especially busy is Coach Stubblefield. One wide receiver offer that went out was to 2021, and recent Notre Dame de-commit, prospect Deion Colzie .

Colzie is an Athens, Georgia, native who had been committed to the Fighting Irish since October 12th. Once normalcy returns and recruiting picks up again, the Nittany Lions will look to get Colzie on campus for a visit. Until then, they should not be viewed as much of a contender in his recruitment.

The other four offers that went out from Stubblefield come in the class of 2022. These four receivers are Caleb Burton , Jaleel Skinner , Kevin Coleman Jr. , and Samuel Mbake .

#AGTG Wow! I am very BLESSED and HONORED to say I have received an offer from Penn State University!! ⚪️ @CoachCBurton @Coach_Hughes2 @DVCardinalsFB pic.twitter.com/obIcVQbhqz

Each of these receivers are four-star prospects, and each is from out of the region. As always with out of region players, the next step in these recruitments will be the Nittany Lion coaching staff attempting to get them on campus. The staff has proven they can never be counted out for a prospect they get on campus, so, if any of these wide receiver do visit this summer, they could shoot up the staff’s wide receiver board.

Penn State becomes Wade’s 7th Power 5 offer. In a typical spring, Ciarrocca would likely get out to watch Wade throw and/or work out. But in a cycle without a true spring evaluation period, Ciarrocca must have gone off his sophomore film.

Another notable offer that went out was to 2022 running back Arlen Harris Jr.

Harris Jr. is a Saint Peters, Missouri, native. However, he has Penn State ties. The four-star prospect is the nephew of former Penn State running back Aaron Harris. When you combine this with the recruiting prowess of Seider, the Nittany Lions could become a big time player in this recruitment in a hurry.

There was also a 2022 running back offer that went out in Ohio. This offer was extended to four-star running back Gi’Bran Payne .