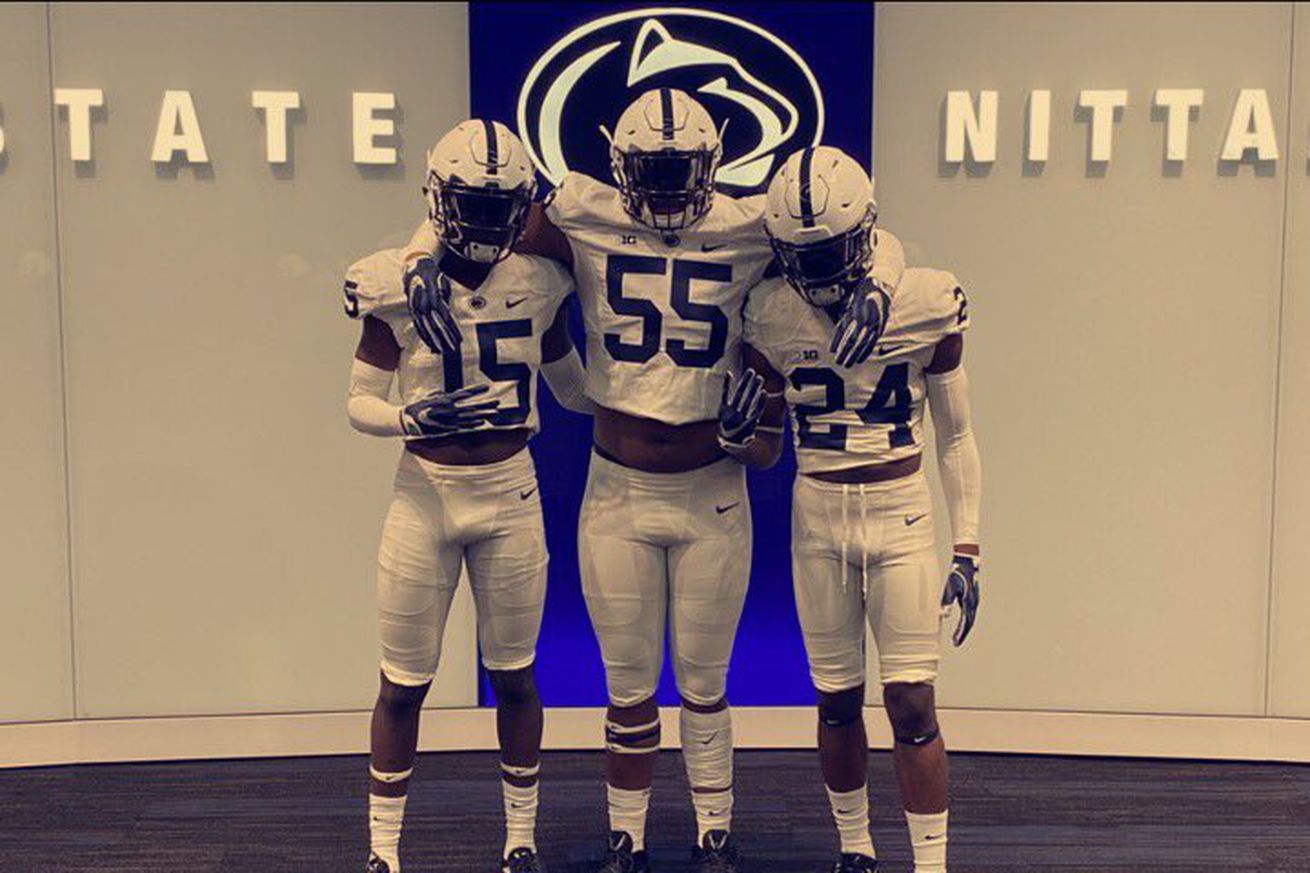 Despite the winter weather, it was a busy recruiting weekend in Happy Valley

James Franklin and his staff planned their first of two junior days before the new February dead period this past weekend. While the winter weather that hit the area kept some visitors home, it was still a busy weekend in Happy Valley.

One large contingency of players that made it to campus traveled north from Virginia. Leading the way were four-star 2021 defensive linemen Tyleik Williams , Kelvin Gilliam and Naquan Brown , as well as five-star 2022 linebacker Shawn Murphy .

Had an amazing Junior Day in Happy Valley #WeAre pic.twitter.com/Pqw4rYCuBn

Williams and Gilliam are two of the Nittany Lions top defensive line targets for this cycle. Following the visit, Penn State appears to be in a great spot for each player heading into the spring.

As for Brown, who is likely a defensive end in college while Williams and Gilliam project inside, this was his first trip to campus. By all accounts the visit could not have gone much better and the Nittany Lions appear to have made a big move in Brown’s recruitment over the weekend.

Murphy is a high school teammate of Williams and is currently ranked by 247Sports as the third best player in the country for 2022. Murphy was also on campus last summer for camp and in the fall for the victory over Buffalo. While his recruitment is just getting started, the Nittany Lions look to be in an excellent spot early on.

There was also a large contingency that made it down to State College from Michigan. This group included four-star safety Jaylen Reed and offensive lineman Rayshaun Benny , as well as three-star safety Jaylin Mines and cornerback Kalen King .

Had A Great Time At Penn State can’t wait to be back!! #WeAre ⚪️ pic.twitter.com/9qFW6oRawB

This was a big visit for Reed, who raved about it afterward to Allen Trieu of 247Sports. This was Benny’s first trip to campus since being offered in October, and Mines has been high on Penn State since earning an offer at camp last summer.

Another big visitor in town over the weekend was safety Derrick Davis Jr . The Pittsburgh native, and nephew of cornerbacks coach Terry Smith, is one of the best defenisve players in the country in 2021, as well as being one of the top players in Pennsylvania.

This was the first time Davis had been on campus since checking out the White Out victory over Michigan back in the fall. Davis is one of those recruits that any time he is on campus it raises an eyebrow and is a noteworthy development.

Prior to hosting recruits on campus over the weekend, Coach Franklin and his staff hit the road recruiting. One stop was north of the border to see 2020 wide receiver signee Malick Meiga .

Coach Franklin and defensive line coach Sean Spencer were also on the road in New Jersey. In the Garden State, they made a trip to Blair Academy which was the home of current Nittany Lion defensive end Jayson Oweh , as well as four-star 2021 defensive end Aaron Armitage .

Thornton is the rare de-commitment that still has great interest in the school he was once committed to. Honestly, the Nittany Lions are likely still the team to beat for the top-50 wide receiver.

Other than maybe Alabama and Georgia, no program in the country has recruited running back better than Penn State the past six recruiting cycles. JaJuan Seider and the Nittany Lions are looking to continue that trend in 2021, and Virginia native TreVeyon Henderson is emerging as their top running back target.

Over the weekend, Henderson released his top 15 schools. This impressive group included the Nittany Lions.

These are the schools I feel our best for me at the time.. Edit made by my guy @Hayesfawcett3 pic.twitter.com/mDfP0HEtBh

As you can see from his Tweet some schools are recruiting the four-star athlete as a defensive back. However, in my opinion, his best position is running back. Henderson was on campus last fall for the Nittany Lions’ victory over Indiana and thus far in his recruitment Penn State and Clemson look like schools that have separated themselves from the pack. As was the case with Devyn Ford , hopefully, Henderson’s desire to play running back will prove to work in favor of the Nittany Lions.