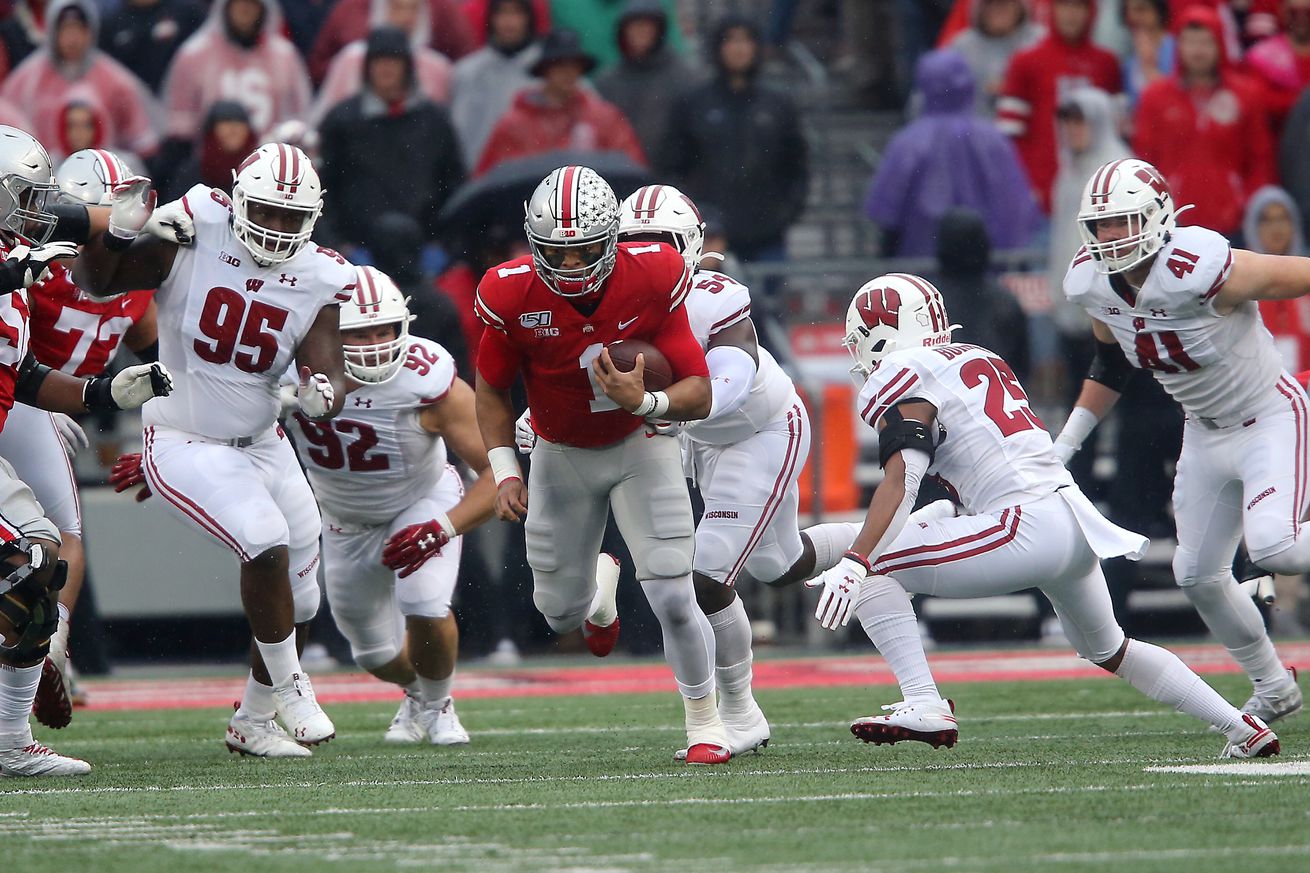 There can be only one!

With their win over Minnesota, Wisconsin officially punched their ticket to Indianapolis and now get the great honor of taking on Ohio State for the Big Ten Championship ! Let’s see what the championship game brings us! I’ll be making my pick straight up, so read on, make your own pick, and see if you know better than me!

Well, here we are, two teams playing for all the marbles.

Ohio State did what we all expected them to do – that is, blast #13 Michigan 56-27. Even with Justin Fields getting a bit dinged up, the Buckeyes just kept on marching. In my years of watching college football, I have seen some incredibly good teams. 1994 Penn State. 2001 Miami. 2005 Texas. 2012 Alabama. 2018 Clemson. This Ohio State squad easily belongs in that god tier of teams.

Rarely have I seen a team with the combination of talent, depth, experience, and coaching that these Buckeyes possess. Were it not for a similar “team of destiny” down Baton Rouge way this year, I’d say they were hands down the best team in all of college football. But that’s why we play the games!

On the other side of the ball, we have another talented team in Wisconsin. For the sake of Penn State making the Rose Bowl , I was rooting for the Badgers against #8 Minnesota, and Wisconsin delivered to the tune of a 38-17 blowout. In another universe Penn State didn’t play one of its worst games in Minneapolis and walked away with a similar win to end the season at 11-1, but that’s a discussion for another time.

As for this game itself, I really hate to pour it on too thickly, but I just don’t envision a scenario in which Wisconsin wins this game. The last time these two teams played – at Columbus – the Buckeyes’ offensive attack was stymied more by the weather than by the Badgers. Once the weather cleared up, OSU rolled, winning 38-7.

This game will be played indoors, nullifying perhaps the biggest thing Wisconsin had going for it.

When I look at Wisconsin, I see a variant of Michigan. A stout defense, but one that’s weak in the secondary; an offense predicated on running the ball, but with a worse passing game; an athletic team, but one that is not built for the speed the Buckeyes have across the board.

The only real issue I see – and it’s only an issue insofar as it could affect Penn State’s postseason destination – is that Justin Fields suffered a minor injury against Michigan. He returned to the game and didn’t seem to suffer any ill effects, but it’s entirely possible that OSU builds a 2-3 touchdown lead, and then decides to coast the rest of the way, saving Fields for the playoffs.

For the sake of the Rose Bowl, Wisconsin needs to be completely and utterly demolished. A smoking crater needs to be left behind when OSU is done, enabling PSU to jump the Badgers and head to the Rose, rather than hope for some questionable activity across the rest of the country to hope for the Orange Bowl or Cotton Bowl . The Fields issue is the only way I see Wisconsin NOT being taken out with a tactical nuke.

The flip side to that is that OSU really wants to hold onto that #1 spot to avoid either LSU or Clemson in the semifinals. With that in mind, I think Ryan Day goes for the jugular. He won’t put his star QB in harm’s way more than necessary, but even with a big lead, I expect OSU to keep their foot down, and ultimately bury the Badgers.

Ohio State rolls, holds onto the #1 seed, and Penn State ends up leaping the Badgers to punch their own tickets to Pasadena.

In the final week of the regular season, I was thisclose to yet another perfect week . . . who saw Illinois losing to Northwestern? But yeah, that’s totally a quality win for Wisconsin, losing as a 30-point favorite to a team that would ultimately lose to Northwestern. Get your stuff together committee!

So, who ya got in the Big Ten Conference Championship Game?