All Aboard The Cain Train? 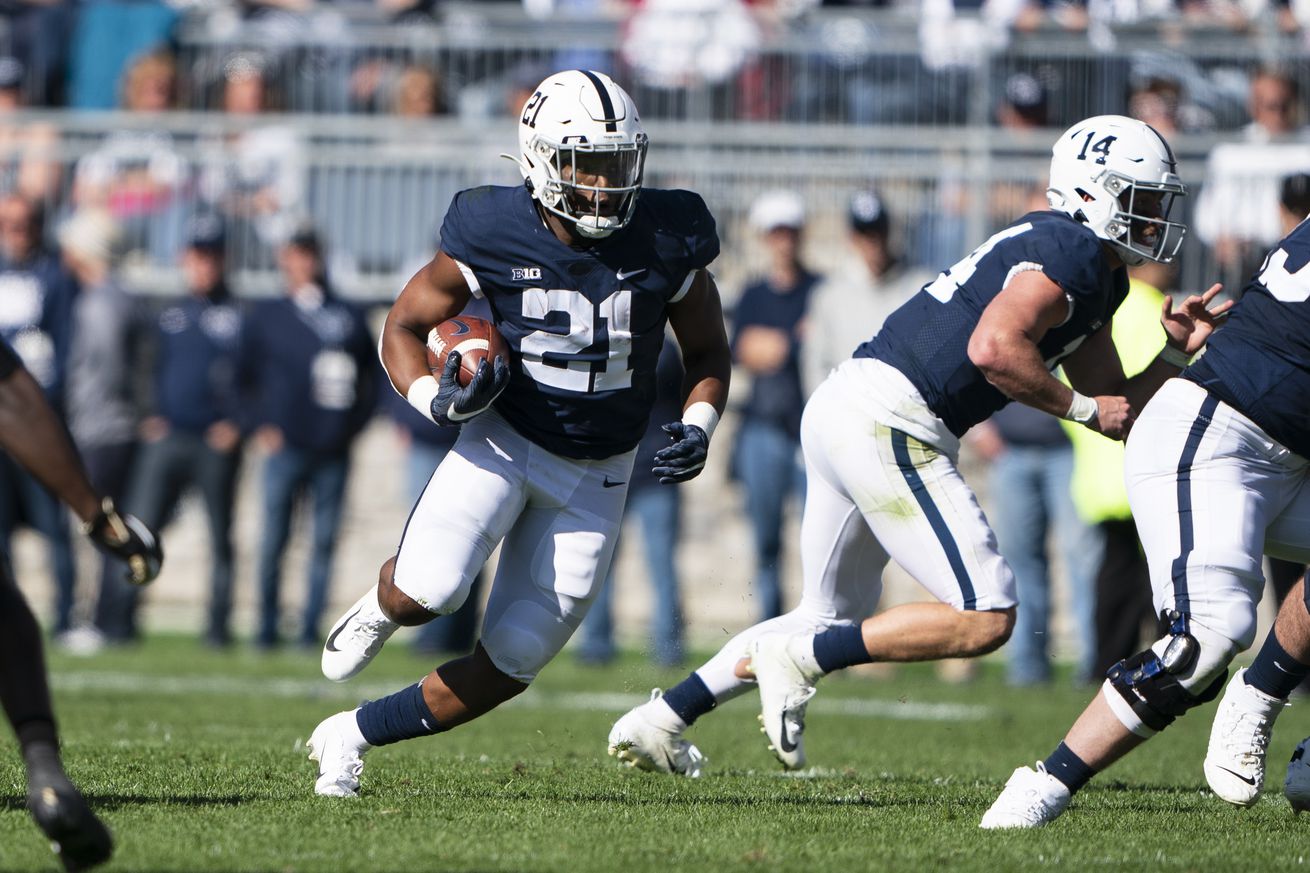 Calls for Noah Cain to be named Penn State’s starting running back have swept the internet, but does the data support that move?

Well, bear with me here as I take you through another.

Penn State entered the season with a running back situation than most programs would kill for. Class of 2018 five-star recruit Ricky Slade was entering his true sophomore season as the assumed starter, but with him came a stable full of thoroughbreds. You had a former Pennsylvania 100-meter dash state champion in Journey Brown , a 2019 five-star recruit in Devyn Ford , and a 2019 four-star recruit in Noah Cain .

Slade received the first opportunity, starting week one against Idaho. But fumbling issues and overall lack of production has seem him slide down the chart a bit. Both Brown and Ford have flashed at times, ripping off big runs against Idaho and Pitt respectively, with the former earning the starting job in the process.

Cain, however, has been the most consistent. And his most recent performance, one which included 12 carries for 105 yards and a touchdown, has fans clamoring for him to take over the starting role.

But is that the best formula for success for Penn State? Let’s take a deeper look.

Through five games the Nittany Lions currently have three players, Brown, Cain and Sean Clifford who have rushed for at least 200 yards, with Ford not far behind with 198. Ford’s 7.6 yards per carry leads the group, with Brown at 7.0 and Cain at 5.9. Slade averaged 5.7 yards per carry last year, but currently sits at just 2.1. Cain also leads the unit with five touchdowns thus far.

Oh, and he also currently leads the way with a unit-high 35 carries. Clifford ’s 43 leads the team.

Now, if you take out each’s long run for the year, Cain leads the way with 5.3 yards per carry, while Ford is at 4.9 and Brown 4.4. But one of the added elements that Ford and Brown give you is big play ability. While Cain is certainly more than the power back that some believe him to be at 5-foot-10, 205 pounds, he does lack the top end speed of the other three backs.

One complaint I’ve seen recently about Penn State’s rushing offense is that yardage is coming in late-game scenarios with the game well in hand, but if you look at the play distribution this is also when Cain is receiving the majority of his carries. So either we give credit to the offensive line for wearing down opponents, or we’re taking credit away from Cain for his strong start. I tend to favor the former.

In total, the four scholarship running backs have carried the ball 116 times for 674 yards, an average of 5.8 yards per carry, a pretty impressive number. If you remove Slade from that equation, you’re looking at 623 yards on 92 carries. That comes out to a whopping 6.8 yards per carry.

Clearly, something is working for the Penn State ground game. While there are always tweaks to be made, for now it seems the current formula is working. More importantly, it’s keeping each of these talented backs fresh as the Nittany Lions hit the meat of their schedule.

Could Cain have an argument for more work? Sure. But so could Ford and Brown. All we know now is that Penn State is running the ball at an extremely effective clip and if it continues, Ricky Rahne’s offense will be tough to stop.