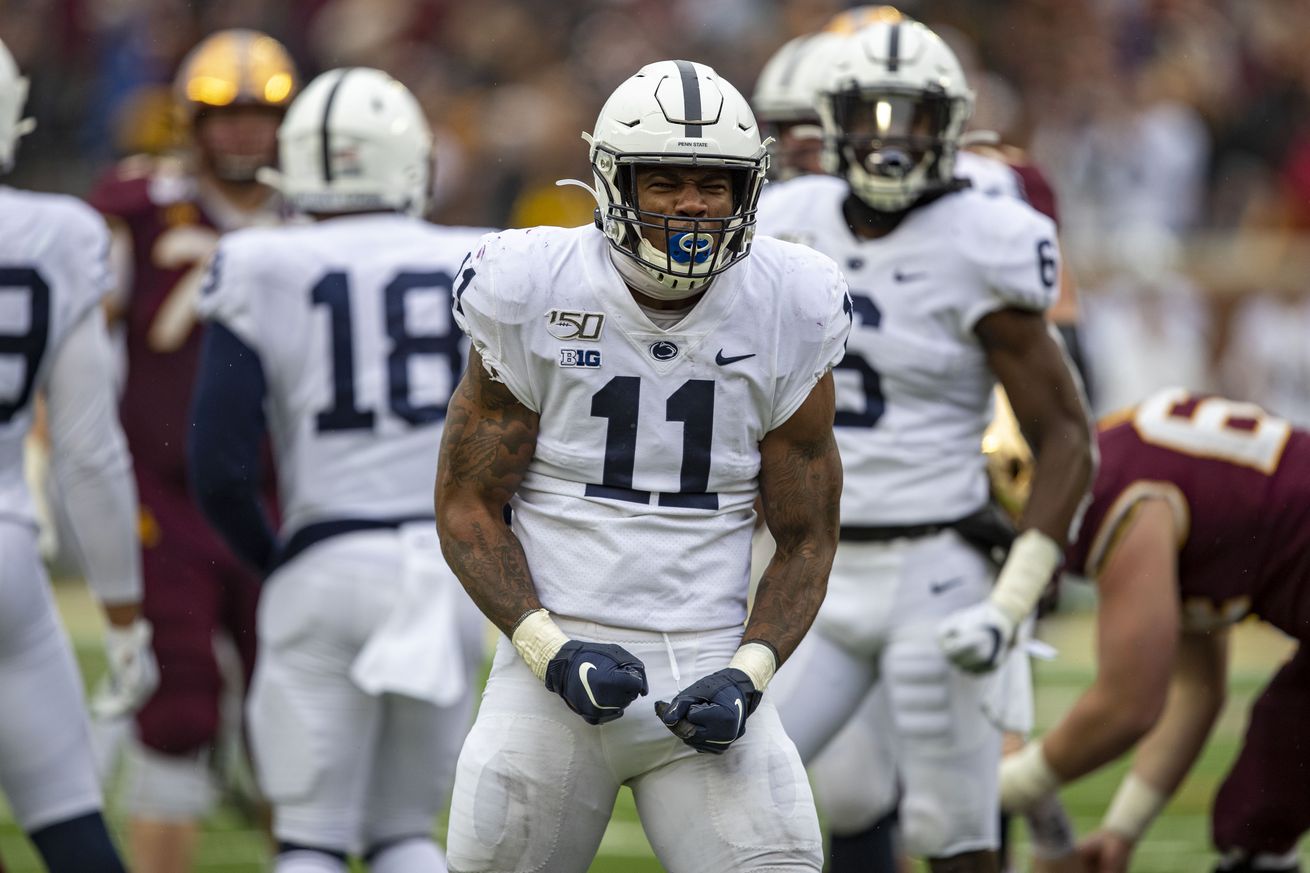 Leading the way as first team selections by both the coaches and the media were linebacker Micah Parsons and defensive end Yetur Gross-Matos . Parsons recorded 95 tackles this season to go with 11 TFLs, 3.0 sacks, three pass breakups, two forced fumbles, and he recovered a fumble. Gross-Matos , in just 10 games, had 39 tackles, 13.5 for a loss, and 8.0 sacks.

In addition to being a first team all-conference performer, Parsons was named the 2019 Butkus-Fitzgerald Big Ten Linebacker of the Year. Parsons becomes the third Nittany Lion linebacker to win the award in its nine-year existence joining Michael Mauti in 2012 and Mike Hull in 2014.

As for special teams, punter Blake Gillikin , return man KJ Hamler , and kicker Jake Pinegar were all honorable mention selections according to both the coaches and the media. Gillikin only being honorable mention is comical. After all, he may be the best punter in the entire country, but I digress.

Congrats to all of these players on well deserved accolades and an excellent 2019 season!